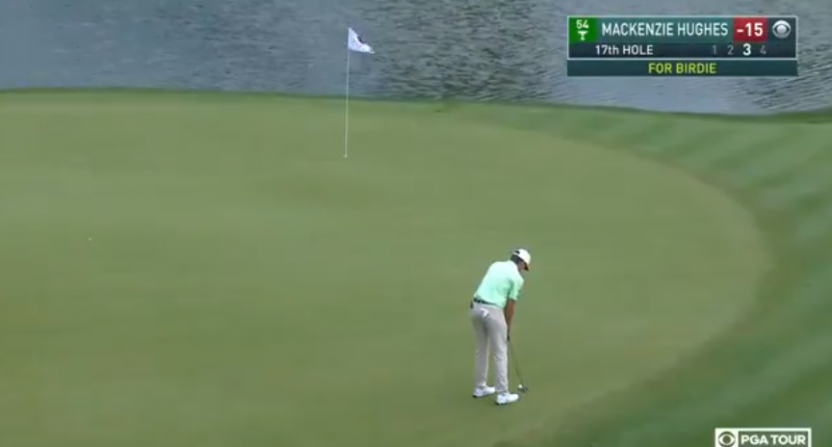 Mackenzie Hughes made a lot of money on his final two holes at the Travelers Championship on Sunday.

The Canadian entered the 17th tied for sixth place at 15-under, and then made this absolutely absurd putt for birdie:

A ridiculous birdie putt from Mackenzie Hughes at the Travelers Championship. pic.twitter.com/AtEGeS6iRK

And on the 18th, Hughes made another incredible putt for birdie:

Mackenzie Hughes drained that absurd putt on 17, and followed it with up this putt on 18 to finish. Incredible. pic.twitter.com/Mu7EiREIBo

That’s some extremely clutch putting to conclude the tournament.

Dustin Johnson shot 19-under to win the Travelers Championship, for his 21st career PGA tournament victory.