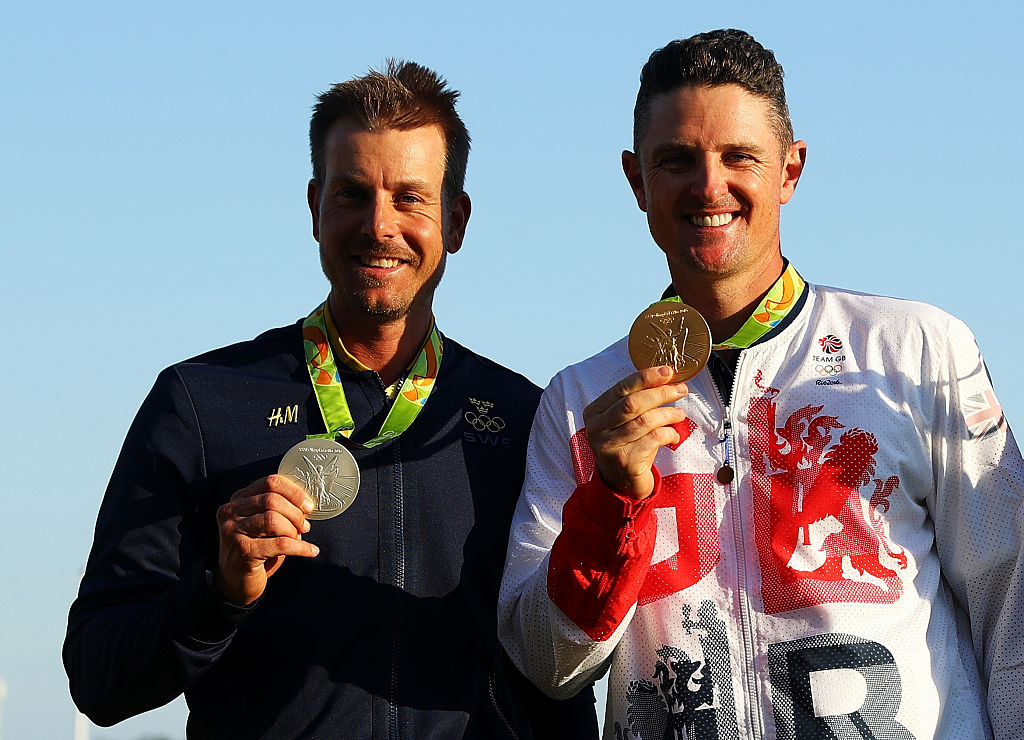 Rory McIlroy was one of the Olympic Golf tournaments most outspoken critics before the field teed off in Rio earlier this month. He, of course, wasn’t the only big name that didn’t make the trek to Brazil, as Dustin Johnson, Jordan Spieth, and Jason Day all decided to stay home. But now, all of them are showing some sign of public regret about skipping out on the festivities in Rio.

“It pleasantly surprised me,” McIlroy said Wednesday of Justin Rose’s narrow victory over Henrik Stenson. “There was more people at the golf events than there was at the athletics. It was good to see, it really was. It seems like it was a great atmosphere down there. I think it was one of the cheaper tickets, as well, and I think that encouraged a lot of people to go.

“To see the crowds and see the turnout, I was glad to be somewhat proven wrong.”

OK, he only watched the final round of the tournament because he was on vacation and had no TV access, but having a truly exciting and dramatic finish all the way to the 72nd hole of the tournament certainly helped pique the interest of not just him, but many others too, including the once skeptical Spieth.

“It came off, I thought, tremendous for the game,” Spieth said. “I enjoyed watching the finish to the Olympics and I wished I was there.”

Spieth, now regretting the bad decision he made, is already looking forward to Tokyo four years from now.

“At the time I made the decision, it was the right decision for me,” he continued. “It was the hardest thing I’ve had to do. The potential for regret was going to be there and it certainly was while I was watching, so that’s why I tweeted out, ‘I’m looking forward to setting it as a goal to be there in 2020.'”

“The passion that everyone was displaying; the videos I was getting from [U.S. team member] Rickie [Fowler] of all the guys and just how much fun everybody was having on and off the golf course,” he said. “The golf course was beautiful, and then the Olympic glory at the end of it. The combination of just about everything. It was from when I watched the opening ceremonies and on. I knew that the opening ceremonies would be tough, but I still wanted to watch, like I watch every Olympics.”

Jason Day didn’t quite give as full-throated an endorsement, but his was still a dramatic sea change from his tone before the Games.

“Seeing how everything kind of unfolded in Rio with how the golf was played, I think it was well-received amongst the world, actually,” he said. “I guess there’s a lot more fans that can actually watch golf now that have never really watched it before, just because it’s in the Olympics. … I’m looking forward to Tokyo [in 2020]. If I can play my way on to that team, that would be great. It’s four years away, obviously. There’s a lot of golf to be played from now until then. If I can play my way onto that team, that would be fantastic.”

Golf will be in the program for 2020, but beyond that its inclusion is uncertain. If Los Angeles ends up hosting the 2024 Games as many expect, there’s little chance the sport won’t be included there either. And for this casual golf fan, the tournament really did feel like a fifth major, which is a far cry from what many were saying before the tournament.

“I thought golf was sort of going to get lost a little bit,” McIlroy said. “It was away from the village; I thought it was going to just sort of blend in with everything else and be, not forgotten about, but just one of a lot of sports that are there.”

So it’s safe to assume that barring anything catastrophic, the 2020 Games will have a pretty full golf field to draw from.