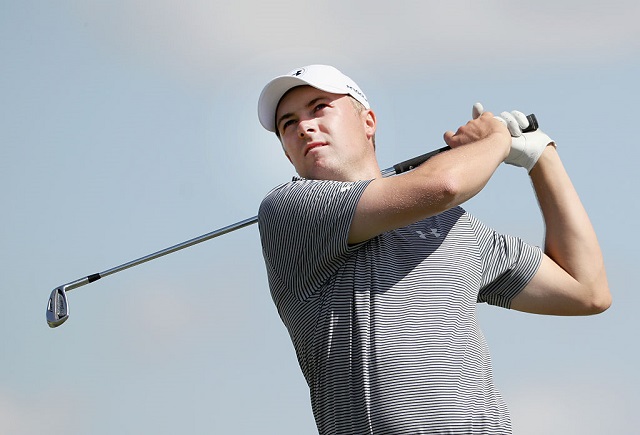 The Masters is the one weekend of the year that allows golf to absolutely, definitively capture the casual sports audience. Obviously it matters to golf fans; Augusta National maintains its mystique as a hallowed ground of the game, and they work really, really hard to keep up that aura. It’s objectively a beautiful place, and the event has been served incredibly well by the high-definition era of broadcasting. If you’re looking for something relaxing to nap in front of, you could do far worse.

That beauty is also emblematic of spring. Growing up in Indiana, I wasn’t often jealous of life in Georgia (were I to dream of elsewhere, I’d have aimed for somewhere more different from home) but I watched multiple Masters while the snow fell outside, and it was comforting to see what was coming right around the corner. I think that’s a key part of the attraction for some of the casual crowd.

But despite the oft-referenced, oft-romanticized trappings, which in some cases seem designed to reduce the golf tournament to a passive and secondary ceremony, the golf is usually awesome too! The course remains a fantastic test, and in a different way than the USGA’s annual torture chamber. You’ll hear pros describe it as a fair test, which in their parlance means good shots are rewarded, while bad shots are punished. And once they reach the green, they face the course’s main defense: fast, undulating greens, their immaculate preparation another hallmark of the course. And, according to some on site, this year might see even more challenging speeds:

Just spoke with a few players about course conditions. General consensus is that the greens are faster than anyone's seen 'em on a Monday.

So, who’s going to win? You might be wondering this, and reasonably so, having clicked on a post promising to definitively rank the entire field. But I do not have the answer! I have my mildly educated opinion, and the guarantee that I actually know who at least 70 of these guys are. However, it should be enough to fill out your DFS roster, or say “Ah, he’s one of my sleepers” on Sunday afternoon. Or, in perhaps the most appealing opportunity of all, you can make fun of me on Twitter if I’m totally wrong.

Ranking methodology: For the most part, players near to each other on the list at any given spot are toss-ups, at least until we get closer to No. 1. I tended to weight prior course knowledge and success more heavily, alongside current form. If a golfer has never played Augusta, I bumped them pretty far down, which is why some hotter or newer names might appear to be a bit out of place relative to veterans who maybe haven’t contended recently. That is entirely personal preference, but then, it’s my list.

The Masters invites past champions to play, along with an array of amateur title-holders. This, combined with the limited field to begin with (only 89 players this year, the lowest number since 2002, and a very small number relative to, say, the 2015 U.S. Open’s 156) means that of the four major championships, the Masters has by far the shallowest, and therefore weakest, pool. It also means that the Sunday leaderboard is more likely to be full of names you recognize.

Having said all of that, none of those names will be Larry Mize.

DeChambeau is the reigning U.S. Amateur champion, and a very, very good player, and I would not be surprised if he made the cut, but he’s not going to win. Probably.

This isn’t the Ernie Els you remember, sadly, though he did make the cut in all four majors in 2015. But he hasn’t had a Masters top-10 finish since 2004.

One of my longest-held golf beliefs is that Lee Westwood is not going to win a major. He’s had his chances, and at this point, despite a solid Augusta track record, I feel pretty safe placing him this low on the list.

Streelman, along with Streb below, perhaps best exemplify the fascinating thing to me about golfers: they’re undoubtedly athletes, and a lot of them now look the part, but there are still guys like Streelman who look more like accountants. Yet they’ve been among the best in the world at one of the world’s most difficult sports. (It is a sport. At least the way these guys do it, it is.)

I mentioned this in my preview of the WGC-Match Play, but Streb attended a corporate function I was at when he signed on to sponsor them. It was the sort of event where a bunch of employees get to cut out and come down to a cleared out conference hall to do a brand-focused Q&A with the company’s marketing director before helping a couple of volunteers with their putting. I was struck with how he really came alive during the actual golf portion, despite the forced and stilted nature of even that segment of the event. He genuinely seemed to care about improving the putting rhythm of Sally from accounting.

He will not be winning the Masters.

Neither Simpson nor Bradley has adjusted well to the ban on anchored putters, and I don’t think lightning-fast Augusta National is the place they’re going to figure things out.

This is low relative to his world ranking, but this is Kisner’s inaugural visit to Augusta, and I firmly believe it’s a course that rewards prior knowledge, especially on the putting surface.

Surprise winner at last week’s Shell Houston Open. He wasn’t qualified until he won, and this marks his first trip to the Masters. Again, that doesn’t bode well.

Vijay is an interesting case; he currently sits 215th in the Official World Golf Rankings, but the former champ has made the cut each of the last four years, and has only missed two cuts here since 1998.

I was one letter away from having spelled that correctly without looking it up. He’s another first time visitor, and as such, my rankings are going to handicap him, but he is in decent form.

Thomas gets a lot of media mileage out of his friendship with Jordan Spieth; if his name comes up on the broadcast this weekend, I guarantee that connection will be mentioned. (Jim Nantz loves his quick facts.) He’s certainly a solid player, but a Masters rookie.

Fantastic name, but the folks at Augusta would not let someone named Smylie win. They’d find a way to sabotage it. I’m sure Bubba was borderline on name alone. (His affinity for certain symbols of the south likely served in his favor.)

If he breaks out the octopus pants, I’ll regret having him this low.

Whoa, my first surprise! Kuchar had a great three-year run at Augusta from 2012-2014, finishing T3, T8, and T5. But I think he’s another player who has missed his shot at a major, and even though he’s been in good form, I don’t think he’s getting it done. This is an against the grain selection, and obviously he could make me look foolish (and if so, good for him, as he seems like a good dude), but I’m not a populist.

CLICK HERE FOR THE REST OF THE MASTERS FIELD >>>