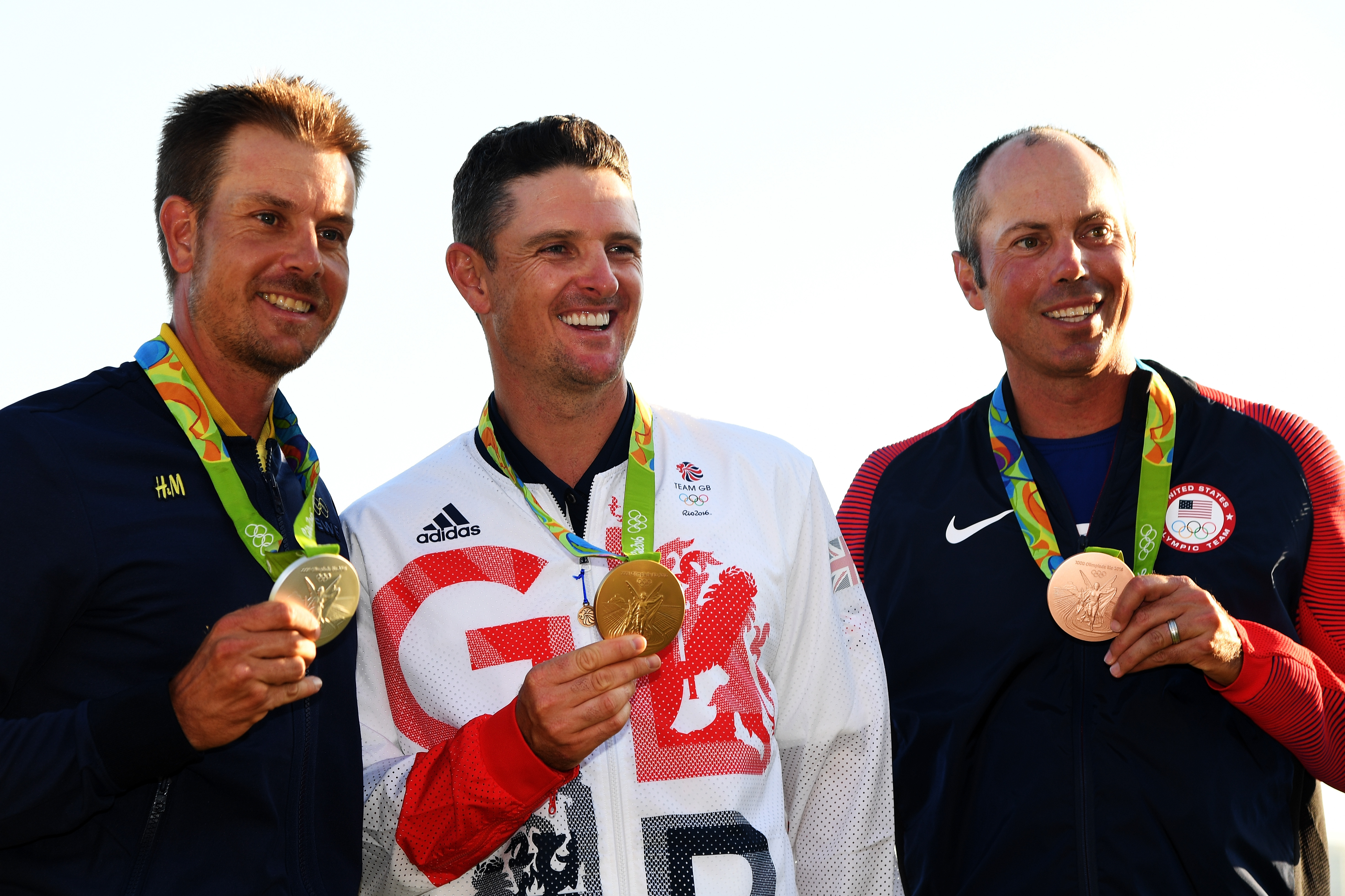 Golf returned to the Olympics this year for the first time since the 1904 games in St. Louis.

The golf from that event doesn’t exactly hold a hallowed place in history. (And there’s no way it was as terrifyingly colorful as the 1904 Olympic marathon.) But when golf was voted back into the Olympic rotation in 2009, people began speculating just how big of a deal the event would be for the top players in the world.

And then, as the tournament grew near, the world’s best golfers began to drop out. Jason Day, Jordan Spieth, Rory McIlroy, Dustin Johnson, Adam Scott, and Branden Grace were all eligible, and all among the top 10 in the world, and none of them played. They weren’t alone. Other eligible players to not show included Louis Oosthuizen, Charl Schwartzel, Hideki Matsuyama, Graeme McDowell, Shane Lowry, Vijay Singh — all either former major winners or currently ranked in the top 25 (or both), and none played.

“I’m very happy with the decision I’ve made, I have no regrets about it. I’ll probably watch the Olympics, but I’m not sure golf will be one of the events I’ll watch.”

He was asked which specific sports he’ll watch, and added this zinger: “I’ll watch track and field, swimming, diving — you know, ones that matter.”

Though others may not have shared Rory’s exact thinking on the matter (Spieth’s remarks on the subject were almost regretful), the wave of players to skip Rio showed that Rory clearly wasn’t alone in his general line of reasoning: the Olympics didn’t matter to these players, not enough to make the trip. Guys who fly all around the world in the offseason, racking up appearance fees to play events in Asia and the Middle East, suddenly balked at the idea of a week in Rio.

From the player’s perspective, though, that’s not entirely hypocritical. They play for money. This is their profession, and by virtue of the sport’s century-plus absence from the Olympics, none grew up dreaming of gold medal glory the way that, say, a swimmer or sprinter would. That’s just the reality, and though players have had seven years to prepare for golf’s return, that’s still not enough time to manufacture desire out of a vacuum. (Spieth was the most vocally passionate about the role of the Olympics, and it’s perhaps not a coincidence. He was only 16 when golf was voted back in, and it stands to reason that possibility seeped into his last few formative years.)

So what happened? Did golf, without the slew of stars, fail to deliver on its return? Hardly.

There were still plenty of big names, and two of them dueled on Sunday. 2013 U.S. Open champ Justin Rose hit a magnificent pitch shot on 18 to close out the reigning British Open champion Henrik Stenson.

.@JustinRose99 started the #Olympics with a hole-in-one, ends it with a #gold medal. ⛳️https://t.co/uwGu8Ehp55https://t.co/ZDmHJjKGnZ

Meanwhile, American veteran Matt Kuchar fired a Sunday 63 to grab the bronze. (Not bad for a guy who thought it was a team competition until a week before the first round.)

This was great theater and plenty agreed. Even Rory reportedly changed his mind and watched the final round. This is a typical cycle for these additions to golf. Like any athletes, and perhaps even more so, golfers love routine. They play the same tournaments year after year, they practice the same way, they travel to the same locations. When the PGA Tour added the FedEx Cup playoff system in 2007, players panicked about that, complained about changes in scheduling, having to play four weeks in a row, and more.

Now, it’s an integral part of the schedule, aided in its assimilation by the massive prize payouts. Olympic golf can reach that level. It’s never going to be one of the majors, or even the Ryder Cup, in terms of prestige and desirability. Similarly to basketball, the sport would do just fine without the Olympics. In fact, the Olympics benefit as a whole by having the top golfers as a part of the Games, just like they do by having top NBA talent. Or men’s soccer, which is a U-23 tournament as FIFA doesn’t want a rival to the World Cup. It’s much better for an event designed to celebrate the very best athletes in as many sports as possible to, well, have those athletes participate.

That players like Rickie Fowler and Kevin Durant and and Neymar are playing for the same medals as table tennis and badminton players reflects very well on the Olympics as a whole. It’ll always be a side goal for the athletes in the sports with massive professional rewards, but that doesn’t make it pointless. And now that the event went well, was fun, and ended up with a popular and talented champion, others will want to get involved down the road.

In four years, look for many more of the world’s best to compete in Tokyo. Men’s golf at the Olympics isn’t essential to the sport, but it will be a fine addition going forward.

Women’s golf, though? That is an entirely different story.

For women, they don’t have tournaments like the Masters to break into public consciousness. Women’s golf at the Olympics is a massive opportunity. Women’s soccer is similarly situated, but they do have the World Cup as well. But the Olympics is the one time when there’s a very large audience out there willing to watch sports they don’t normally consume. It’s a very big deal, and that’s borne out by the fact that the big names are playing. Lydia Ko, Lexi Thompson, Inbee Park, and more.

It’s an opportunity to reach girls and young women who aren’t likely tuning in for the ANA Inspiration or the Evian Championship, and show that golf can be a viable athletic option. Rory McIlroy said he didn’t consider it his responsibility to grow the game, and to be honest, there’s only so much growth the Olympics offers men’s golf.

But giving the women the Olympic platform, too often the only one female athletes receive, offers a fantastic chance to showcase women’s golf on one of the biggest stages imaginable.