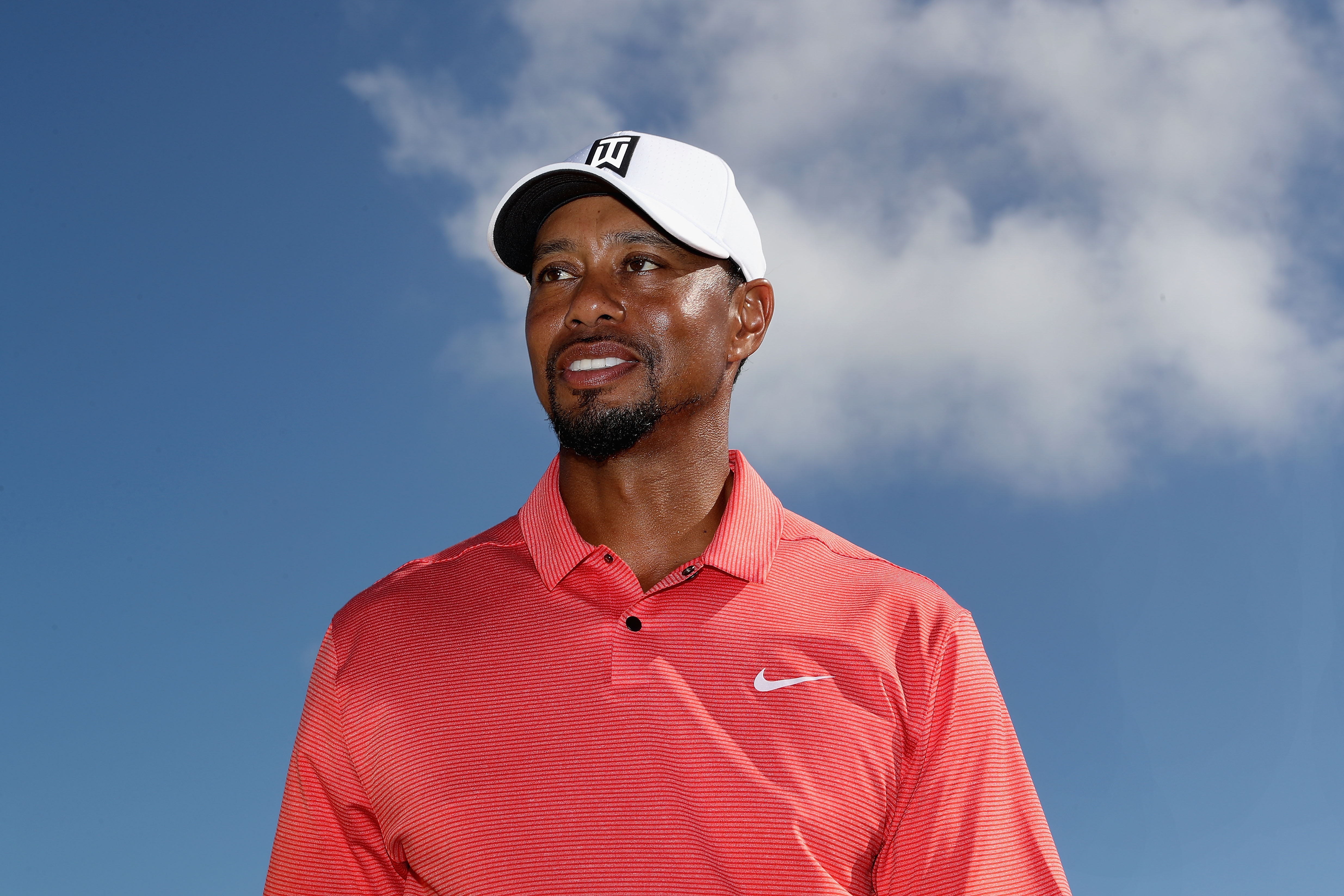 Tiger Woods is officially back Thursday, playing the first round of the Hero World Challenge in the Bahamas. The last time Tiger Woods put a peg in the ground at a competitive event was Aug. 23, 2015. He was playing the final round of the Wyndham Championship, a lower-prestige event he’d normally skip, in an effort to qualify for the FedEx Cup playoffs. He closed with an even par 70, finishing tied for 10th.

It wasn’t good enough to make the playoffs and that September, Woods announced he’d undergone back surgery. In October, he announced he’d undergone a follow-up surgery. This was on the heels of a season already shortened by back issues, hence his failure to qualify for the playoffs up to that point. And 2015 followed a 2014 season in which Woods only played seven events due to back problems, making just three cuts.

Things were clearly trending in a negative direction. In fact, his top-10 at the Wyndham is the only top-10 Woods has earned since the 2013 Barclays, where he finished second. It’s almost hard to remember, considering the stops and starts since, but Woods won five times in 2013, capturing the PGA Tour’s Player of the Year honors. In fact, he’s won more recently than Phil Mickelson, who hasn’t won an event since the 2013 Open Championship. Of course, Mickelson has had plenty of great moments in the interim despite not coming away with a title.

Woods, meanwhile, has finally taken the lengthy absence plenty of armchair orthopedists had long suggested. In the past, he’d seemingly rushed back to competition, risking reinjury or aggravation of his back. And frankly, as that had happened multiple times, the logic seems apparent. Back injuries are a nightmare for any athlete, but especially for a golfer. The back is involved with just about every facet of the swing, and any sort of swing compensation or tweak caused by pain, instability or weakness, can lead to anything from a swing flaw to a flareup to an injury to another part of the body.

Time, it seemed, was the only possible cure, post-surgical procedure. Tiger wasn’t resigned to this, though. Throughout the year, he apparently considered playing at the Masters. He served as an assistant captain at the Ryder Cup, which served as a channel for his competitive instincts. Wide reports noted that he was sending captain Davis Love potential pairings and matchups weeks, if not months, in advance of the event itself.

The members of the team apparently had a bit of fun with him as well:

From the column: This story. pic.twitter.com/nQasxP3yDI

He announced his return for the Safeway Open shortly after, even committing to the tournament the Friday before the event. And then, after it was announced that he’d play the first two rounds with Phil Mickelson, he withdrew, citing lack of competitive readiness. This is certainly reasonable. It’s not hard to imagine Tiger, fired up after being by heavily involved with the tight-knit Ryder Cup squad, got a bit ahead of himself and then decided to pull in the reins. But it’s also easy to wonder if maybe Tiger is, well, scared of too big a spotlight, knowing his game is still a work in progress.

The Hero World Challenge is an 18-player event that’s essentially an exhibition with world ranking points on the line. It functions as a benefit for the Tiger Woods Foundation, meaning Tiger has a bit more control over his surroundings. It’s also not going to be as heavily covered as, say, the Safeway Open in Napa Valley, as much as every golf writer would love a December trip to the Bahamas.

Woods is paired with Patrick Reed on Thursday, who he mentored at the Ryder Cup. It’s a pairing better suited for Tiger’s game than a potential head-to-head with Phil Mickelson. He could probably laugh off Patrick Reed lapping him, but even now, with their relationship warmer than ever, getting beat by Phil would likely bother him.

Damon Hack on GC: Phil recently sent pic of his trophy case to their Ryder Cup group text and Tiger responded "you really wanna go there?"

Woods played a pro-am round on Wednesday, carding a 70 in relaxed conditions. He did make two eagles, which sent golf Twitter into an uproar. It’s a nice reminder that people still care, even though there have been various false starts over the past few years for Woods. This layoff, though, is easily the longest the sport has gone without Woods playing competitively in more than two decades. It feels different because of that, and because he’s 41, and because of the state of the sport.

It feels different because this really could be it. He’s tried everything, at this point, even taking a very long time away from playing, which for Tiger had to be a last resort. But while his health was an issue for a few years, there were other concerns with his game. Woods had seemingly developed the chipping yips, struggling to do anything from tight lies around the green.

Here’s Woods at this very event just two years ago:

That’s hard to watch, and it wasn’t an isolated incident. For the longest time, Tiger’s mental game was his strength. Other people believed he was close to invincible because Tiger believed he was invincible. What happens the first time he hits a pitch fat, or finds the water, or faces any number of other challenges that befall an athlete returning from a lengthy layoff?

What if Tiger can’t get past that? What if his back doesn’t hold up? Or, and this might be the scariest thought Tiger, his fans, and fans of the sport as a whole: what if he just can’t do it at a winning level anymore?

None of those are impossible. His body has undergone procedure after procedure, and it’s fair to think years of abuse may have lowered his ceiling. And back problems can arise at any time. Fred Couples has dealt with them repeatedly ever since his original blowout in 1994. And as for the final one? Well, it’s a different game now. Tiger himself deserves a lot of credit for that, his original ascent to dominance serving as the rising tide that lifted the sport. Prize money shot up, sponsorship money shot up, and with that came generations of younger athletes who saw golf as both cool and financially rewarding.

The competition is much tougher than it was just 15 years ago. It’s likely that even if Tiger maxes out his current physical abilities, and combines that with his decades of course knowledge and a return to mental toughness, he still won’t come close to dominating the sport. Fields are too deep. Guys are too long, too talented. Too young. Can Woods deal with that? We don’t really know. He certainly seemed to in 2012 and 2013, but that was pre-crisis.

Aside from the length, the main differentiator for this return is the feeling of finality. If he doesn’t have it now, it’s very likely that he’ll never have it again. Is Tiger Woods really Tiger Woods if he’s grinding out cuts and hoping to make one or two runs at Augusta over the next decade? By virtue of his own success, Tiger is likely the last true golf phenomenon. That’s why people still care, and why some will always care.

This is the last time people give Tiger Woods credit for having been Tiger Woods, and he has to know that, too. Hence his withdrawal from the Safeway in favor of making his return in a comfortable spot, where he’ll get four rounds of mostly relaxed golf to ease his way back in. Right now, he’s Tiger Woods, the 898th-ranked golfer in the world, looking to build confidence in his body and his game.

He’ll be the biggest story in golf, for a while. How long will depend entirely upon what he can deliver on the course.