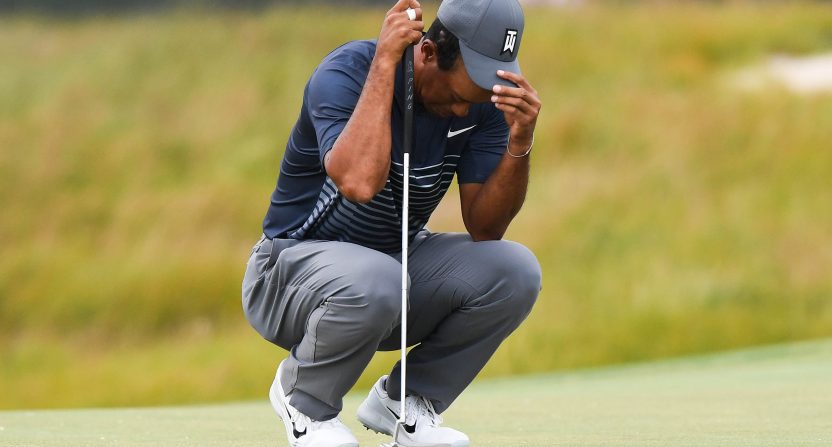 There may have been no better microcosm to the opening round at today’s U.S. Open than Tiger Woods playing the first hole.

Teeing off in the afternoon wave, plenty of players had put up big numbers already, including Sean Gregory’s 92. (92!) Woods found the fairway with an iron, and then, as the broadcast warned of the danger in going long, Woods airmailed the green:

Things somehow got worse from there:

The #USOpen return of @TigerWoods got off to a rocky start. One in which he never fully recovered. pic.twitter.com/GeKMgqxmFK

Tiger’s opening triple bogey (which he followed up with a bogey on the second hole) ended up being too much for him to recover; Woods finished with an 8-over 78. Phil Mickelson was similarly flummoxed by the setup at Shinnecock, who made one birdie and eight bogeys en route to a 77. But they were in very good company across the board; this FOX graphic from late in the broadcast summed things up nicely: 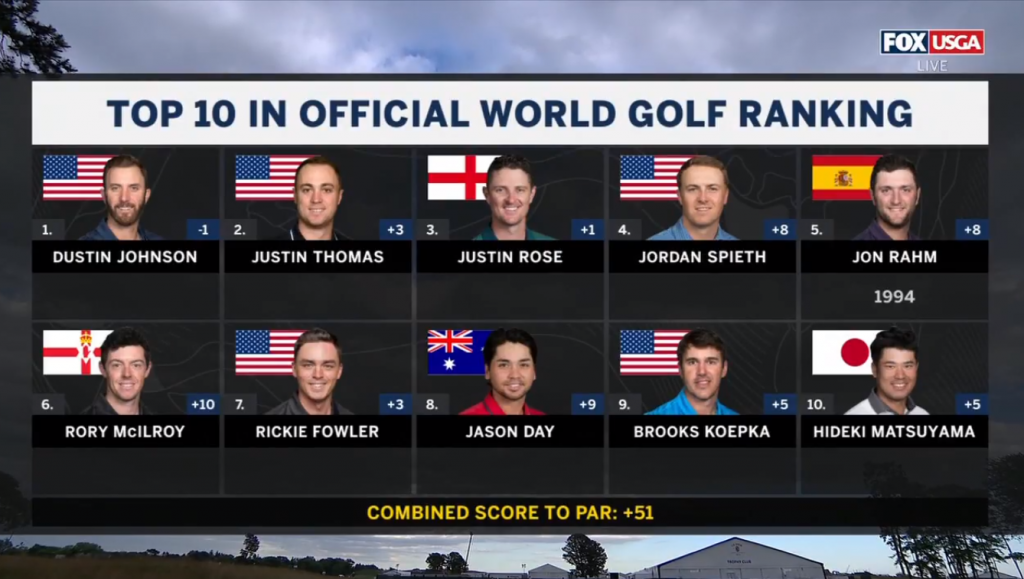 After one round, all but five players are over par, with four (Dustin Johnson, Ian Poulter, Russell Henley, and Scott Piercy) tied for the lead at -1. Which, given Shinnecock’s par 70 routing, made for a fun visual on the leaderboard.)

Pretty nice start to the US Open at Shinnecock pic.twitter.com/AadWCyb24V

It’s important to note that while Phil, Tiger, and plenty of other big names couldn’t get close to par, they’re not exactly out of contention. A good round on Friday, and anyone can get back into the picture, because the players at the top of the leaderboard seem just as likely to fall back as they do to maintain their position, or extend it out.

That’s vintage U.S. Open golf, for better or worse, but it’s hard to argue that it’s not a more entertaining spectacle than the normal PGA Tour stop. Shinnecock is a classic design that clearly tests players in ways they don’t normally see week-in, week-out on courses that can blend together thanks to an architectural style that trends more towards cookie-cutter than classic. (And, of course, plenty of water.)

The PGA Tour (and to a lesser extent the European Tour) has evolved to reward bomb-and-gouge play, and players have adjusted their games to match. Long before launch angle and exit velocity were the talk of baseball, golf pros have been dialing in their equipment and swing looking for the best carry distance possible, trusting they can hit it high and far and straight enough to make it worthwhile. But this course demands proper angles to have even a shot at the green, so being in the fairway isn’t always enough.

And if you’re not in the fairway, potential disaster awaits. It took 20 people looking for Dustin Johnson’s ball before Rich Beem discovered it by stepping on it:

It’s difficult but fair, at least so far; that’s always the balance the USGA tries to walk, and hopefully it keeps up through the weekend. Whether Tiger, Phil, Rory, or a few other top names make it through the weekend to find out remains to be seen.