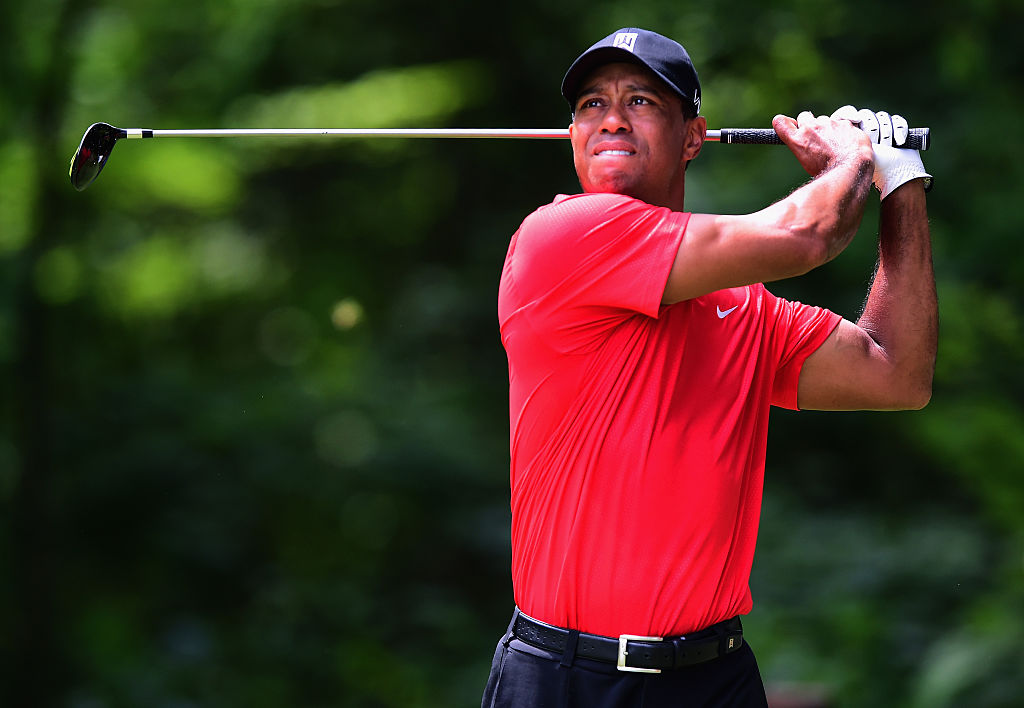 How the mighty have fallen.

After dropping six spots from last week, Tiger Woods is now the 400th best golfer in the world, according to the official World Golf Rankings.

Whereas Tiger’s top competitors were once the ghosts of Jack Nicklaus and Ben Hogan, he’s now up against Sunjoon Park (No. 399), Joachim B Hansen (No. 398) and Masahiro Kawamura (No. 397). Woods ranks behind a whopping 129 fellow Americans, from Jordan Spieth up at No. 1 to Michael Kim at No. 386.

Tiger was last ranked 400th or lower on August 31, 1996, the week his professional career began, when he came in at No. 433. He was No. 1 in the world as recently as May 2014 but has tumbled precipitously since, first falling out of the Top 100 in March. He has participated in 11 PGA Tour events in 2015, and none since August, missing the cut four times and never finishing better than 10th. Somehow he missed the cut at three of the season’s four Major tournaments.

You can see Woods’ 2015 fall in this graph from the World Golf Rankings site from when he was last #1 to his present #400 ranking. 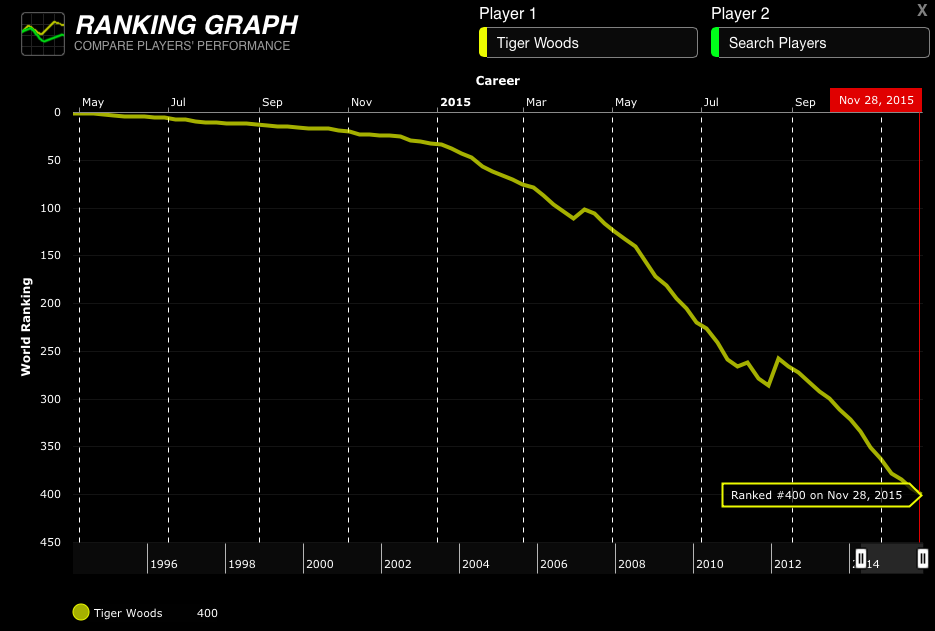 If you have a few hours, you can see just how Woods got to #400 in the world can be explained through the complicated World Golf Rankings formula, but it’s a sign of just how far Woods’ career has plummeted from the time when he dominated the sport. Even during the worst of his car-crash-and-knee-injury-induced free-fall in 2011, Tiger never tumbled below 58th in the world rankings.

Adding personal trouble to his professional ones, Woods broke up with his girlfriend, skier Lindsey Vonn, earlier this year. Overall it’s been a rough time for the former future best golfer of all-time.

No one out there still thinks he’s catching Jack, right?