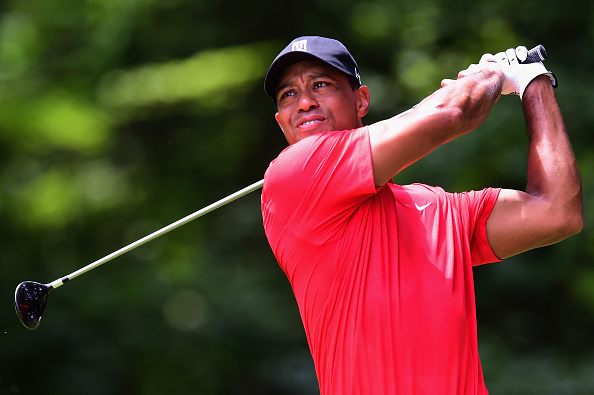 It seems only a few people seem to get an inside look at the life of Tiger Woods, so whenever the opportunity arises to gain some new perspective on one of golf’s most iconic stars over the past couple of decades, it is worth seeing what he has to say. The former young phenom of the golf and sports world is turning 40, if you can believe that. An entire generation of sports and golf fans are going to have an entirely different image and memory of Woods as his more recent years have seen Woods battle through various injuries that have diminished what he can do on the golf course. Those down years have put his career in jeopardy, and with age comes wisdom and perspective for Woods as he deals with all of that while focusing on his physical condition and family life.

Woods sat down for a lengthy profile piece for TIME with Lorne Rubenstein. During the interview, Woods shed light on what drives him to this day (his kids) and shared his thoughts on his career and whether or not he has hit the back nine. On the topic of his recovery, Woods said he has just started walking for about 10 minutes on the beach each day.

There’s no timetable. And that’s a hard mind-set to go through. Because I’ve always been a goal setter. Now I had to rethink it, and say, O.K., my goal is to do nothing today. For a guy who likes to work, that’s a hard concept for me to understand. I’ve learned a little bit of it, I think. I know that, one, I don’t want to have another procedure. And two, even if I don’t come back and I don’t play again, I still want to have a quality of life with my kids. I started to lose that with the other surgeries.

Part of the interview touched on Woods and his relationship with the media. At times the media has worshipped Woods and ripped him to shreds. Today, Woods has little respect for the media.

There’s no accountability in what they say. And what they say, it’s like it’s gospel, there’s no source behind it. Nothing like, yeah, I talked to X number of players, I talked to this player, this player, this player. It’s none of that. It’s jus, some of the announcers, they don’t even go on the golf course. And they look at a pin sheet from the booth, but they’ve never surveyed the golf course, even though the television coverage doesn’t come on until the afternoon. You have all that time to go walk the golf course, to see some of the early rounds, see what guys are doing, how they’re hitting it, how’s the course playing, is the wind coming up? All those different things that you could do. The only one who does that is Finchy [golf broadcaster and former PGA Tour pro Ian Baker-Finch].

When pressed for some follow-up questions on those remarks, Woods said he avoids media coverage of him as much as possible.

You don’t read what’s written about you? Was there a time when you did?

Not really. And that has served me well. It has served me well. Like my dad said when I was young, Were any of these guys there? If anybody has any kind of perspective on it, it would be the caddy. He saw the shot, he understood what the circumstances were. Other than that, there’s nobody else. So what’s their take on it? Who cares? They weren’t there. They didn’t see how difficult it was, what’s going on.

Nick Price told me years ago that it’s much different for you than it was for him when it comes to media attention. There weren’t nearly as many outlets back then. And no matter what you shoot, people want to talk to you.

Uh-huh. I went through a stretch, I think it was eight years ago, where I never missed a post-round interview. And the first time I did, they crucified me. I said, Realize I’ve done this for almost a decade. No matter what I shot, I always did a post-round interview. I did that for like eight years in a row, every round I played in, and when I don’t do it, they just killed me for it. I go, O.K., guys, put it in perspective here. How many guys get a pass for shooting a bad round?

Woods may not get a chance to reach the record for major victories set by Jack Nicklaus (18). He has been stuck on 14 major wins since 2008 and injuries are continuing to take a toll. The imagery of a young Woods idolizing Nicklaus by putting up posters in his bedroom has led many to believe those posters were representative of each of Nicklaus’ major victories, serving as the visual goals for an up-and-coming Woods. Woods says that is slightly off the mark.

Let’s face it, Woods has accomplished more in the golf world than most will ever dream of, even those aspiring golfers putting posters up in their rooms. We may never see Woods be great again, but that does not mean he will not try.