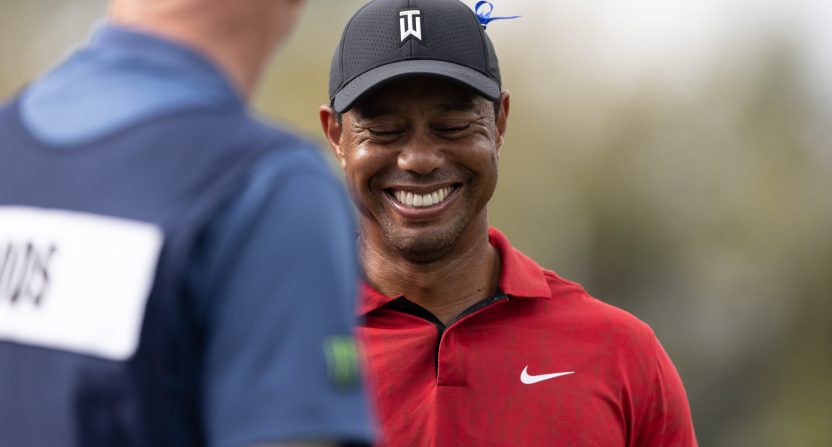 Back in December, Phil Mickelson tweeted that he’d already won the year-long Player Impact Program (PIP), which the PGA Tour created to reward players who bring the most interest to the game. Like so many things recently, Phil probably would have been better off keeping his mouth shut.

I’d like to thank all the crazies (and real supporters too) for…………………
Helping me win the PiP!!
To get the 2nd half of the money I have to add an event I haven’t played in awhile. See you in Kapalua😘 🏌️‍♂️🏄‍♂️🏊
P.S. I’ll try and find another hot controversial topic soon👍

Determining the winner of the PIP is based on five categories: Google searches, Meltwater Mentions (global media exposure), MPV Index (social media reach), (network broadcast exposure), and Q-Score (familiarity and appeal). While players were made aware of where they ranked, they were not provided with the official numbers and scores along the way.

At the time of Mickelson’s tweet, the PGA Tour responded by saying that the results will not be official until around mid-February. It turns out it took until March 2 to announce the final numbers and…well, the winner was not Phil.

Despite the fact that Tiger Woods hasn’t played in an official PGA event in a year and a half, the legendary golfer, and Phil’s biggest rival, was named the winner. Oops.

A breakdown of the PIP standings and the category ranks for the top 10: pic.twitter.com/h7PoZ6UuVa

Woods came in first in Google Search, Meltwater Mentions, and Q-Score, making him pretty unbeatable. Phil came in 2nd place thanks to a strong Nielsen score and MVP Index, but it simply wasn’t enough to overcome the juggernaut. Rory McIlroy, Jordan Spieth, and Bryson DeChambeau rounded out the top five.

Because of their rankings, Woods earns $8 million, Mickelson earned $ 6 million, and everyone else in the top ten earned around $3 million.

Mickelson made waves in recent weeks, blasting the PGA Tour and throwing his support behind the budding rival Super Golf League. However, some particularly tasteless comments painted him as greedy and self-serving. The golfer has since apologized for prior statements, but in his apology, Mickelson maintained that “golf desperately needs change, and real change is always preceded by disruption.” Since then, he got dunked on by plenty of critics and fans, not to mention fellow PGA players.

So given the way Mickelson’s reputation has been sullied in recent weeks, a lot of people took delight in Tiger’s tweet Wednesday morning about the PIP announcement.

You can’t say Phil didn’t bring this one on himself. Again.

Is this the greatest tweet of all time? https://t.co/MpMM4tYgsR

And just like that, Tiger Woods won this year's PIP, too. https://t.co/bD27BvX1jK

Major win No. 16 for Tiger. https://t.co/SzcvlBEmOC

As many pointed out, this tweet alone might have just locked up the 2022 PIP for Woods as well.