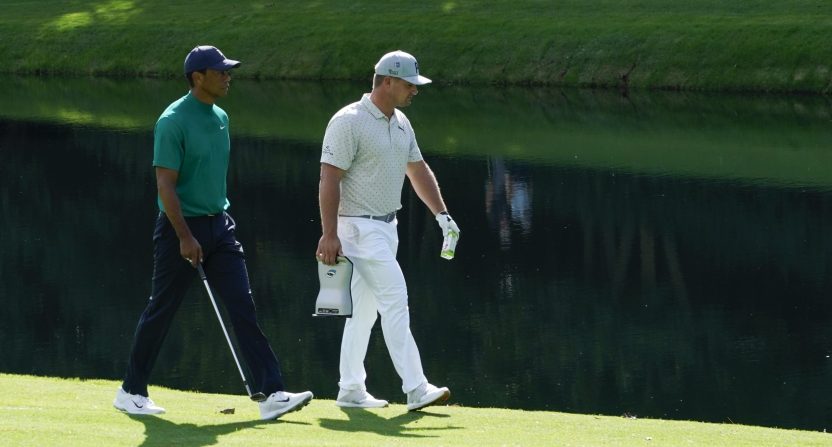 Tiger Woods has made it clear he’s no fan of LIV Golf and it sounds like he’s even stopped talking with at least one former PGA Tour golfer.

Bryson DeChambeau, who is playing in the LIV Golf Invitational this week at Trump National in Bedminster, New Jersey, told reporters that he hasn’t heard from Woods since he joined the Saudi-backed league.

Woods made some pretty blunt comments about LIV Golf in July, saying that he disagrees with the way the series is set up and the way it disrespects the PGA Tour.

“I disagree with it,” Woods said. “I think that what they’ve done is they’ve turned their back on what has allowed them to get to this position.

“I have ultimate respect for what he has to say. For me personally, to be my own human being, I’m going to work even harder to prove the fact that I’m worth the price.”

Bryson then added that while he and Woods have been close, they haven’t spoken since he joined LIV.

“We have been fairly close and unfortunately we have not spoken, one day we will again, and I am always open for a conversation with anybody,” said DeChambeau. “I have no problem with it and I hope we can come see eye to eye on it.