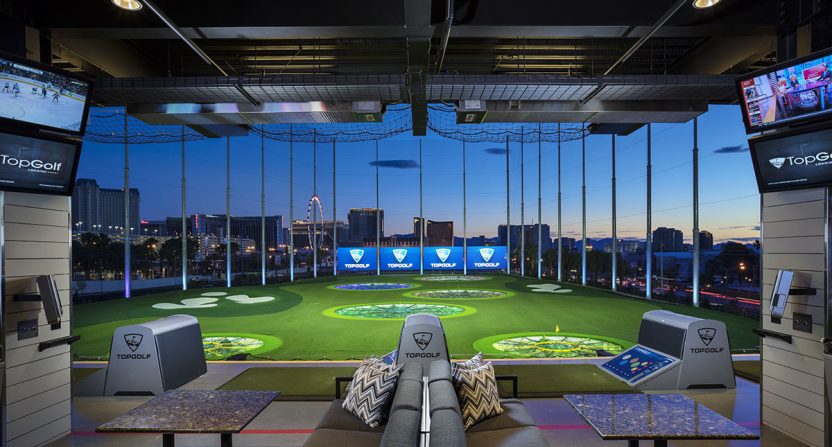 People have long been sounding the alarm for golf’s future as a recreational activity, and with good reason. It’s a very expensive pursuit, full of private clubs that have all-too restrictive policies, including some that still discriminate based on gender. (And, given the economic factors involved, it’s reasonable to view some as discriminating based on plenty of other factors as well.)

There’s plenty to fix with the game. It should be more accessible, and it should be cheaper. There’s no doubting that. But measure the health of golf via the closure rates of golf courses that were never smart investments, or by the fact that millennials don’t want to (read: can’t afford to) join country clubs, and you’re missing out on quite a bit of data.

Golf is still buoyed by the boomer generation, but there are plenty of young people interested in the game, and those people often take part in ways beyond a weekly Saturday morning foursome, or an annual buddies trip to Bandon Dunes.

Developoments like Topgolf are a major factor in the marketplace these days, and its impact on the health of golf is finally being tracked. For the uninitiated, Topgolf is essentially a large driving range featuring electronically monitored targets and microchipped balls. It’s designed to allow for mass participation, combining golf with bowling and darts, in a way. It’s not stuffy in the slightest, and though it has appeal for a more skilled golfer, it’s easy for anyone, of any age, to contribute to a team’s score, or just knock a few balls around.

Plus, there’s plenty of alcohol available.

And when you consider off-course participation at places like Topgolf, according to Forbes and the National Golf Foundation, golf’s base is actually a very healthy number:

When considering both on-course and off-course participation, golf’s consumer base increased to 32 million in 2016, up from 31.1 million a year earlier.

That’s a nice number, and it’s boosted by the newly-included off-course participation metrics.

The NGF limited itself with its definition of participation more than 30 years ago, the qualification being anyone over the age of 6 who played golf on a golf course at least once in the previous year. Now, much in the same way other major sports measure participation broadly, “playing golf” has been expanded to include activities that involve hitting a golf ball with a golf club. A putter doesn’t count, by the way, so mini-golf isn’t included, but Topgolf and full-swing indoor simulator facilities (like GOLFZON) are now counted and classified in off-course participation.

In fact, off-course golf participation rose 11% in 2016, an increase that you can bet is largely attributable to the popularity and continued growth of Topgolf.

Magazines like Golf Digest still market towards the older crowd (hello, spreads of various cholesterol and/or ED-pills!), and any efforts to aim themselves at a younger audience seems to miss the mark, because they don’t really understand the kind of younger audience at which golf should be aiming. That leads to things like this:

As much as a backwards hat can seem like an affront to the establishment, we’re OK with it. https://t.co/lv6thzqnMf pic.twitter.com/huUYRDvCEP

How to be a #cool and #neat golfer!

Anecdotally, when I lived in Denver, I went to various municipal courses and played multiple times, and I’d have liked to play more. But it was expensive, and travel was annoying, and I didn’t know many people there who were interested in actually hitting the course. But the Topgolf south of town was always incredibly busy, and it was no trouble getting friends (some of whom really didn’t golf, ever) excited in going to try it out. They probably had more fun than I did, even, in retrospect.

Does that always translate to on-course golf? Or better ratings for the PGA Tour? No, not always, but it doesn’t really matter. Topgolf (and related activities) are widening golf’s overall market, not cannibalizing it. That’s a key difference, and one sometimes missed. My friends weren’t choosing between a membership at, say, Cherry Hills Country Club or spending an April Saturday drinking in the sunshine.

This was an untapped market, and that’s very good news for a game that needs to continue to evolve. These new numbers suggest that maybe it already has.