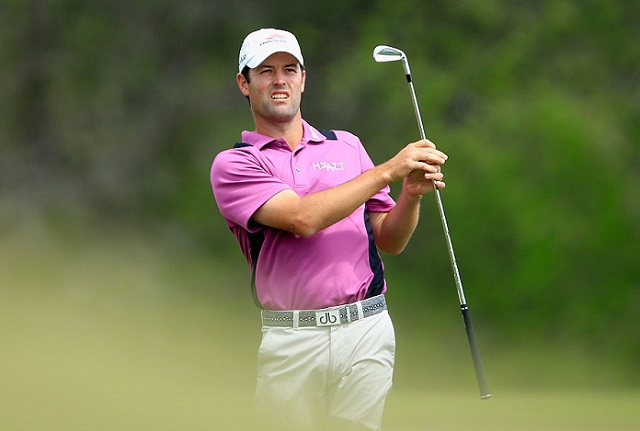 The golf equipment sponsorship model might be changing, and that could mean less money to go around for professional golfers.

It started in May when Adidas announced it was looking to sell off golf manufacturer TaylorMade. Three months later, Nike announced in August it was going to be stopping its golf club business completely.

Tiger Woods announced last week he would play in the Hero World Challenge in December. If Woods needs new clubs between then and now however, he won’t be able to go to Nike for more. That’s a massive moment in Woods’ career as the golfer signed with Nike 20 years ago in 1996 when he became a pro.

Woods isn’t the only big name golfer suddenly looking for new clubs. Rory McIlroy is also signed with Nike Golf, but is now one of many golfers currently being fought over by golf manufacturers who haven’t shut down yet. Yahoo Sports reported McIlroy is currently practicing with TaylorMade clubs, and he’ll be paid out for his Nike contract, but he doesn’t have a new equipment deal in place.

Jason Day is the world’s number 1 golfer, but currently has a deal for clubs with TaylorMade, the company Adidas sold. Day also has a deal with Nike for apparel. While TaylorMade is still producing clubs, that may stop soon whenever Adidas sells the brand. As for Day’s clothing, Nike is still making apparel, but who knows if that will stop soon.

With less companies in the business of making clubs, it gives players less companies to choose from and Nike and Adidas aren’t in that group. As a result, golf equipment deals could begin to drop in price for golfers.

Pat Perez is a PGA Tour Veteran and spoke with Yahoo Sports about how this all could impact golfers and how Nike and Adidas leaving is “massive.”

“Now other companies are going to have to try to make up the difference, but there’s just not enough money to pay all these guys, they just can’t do it,” Perez said. “So even with TaylorMade trying to get sold and Nike going out, the game is still going to be there… The guys aren’t going to be making as much money as they could have been, but the game will go on.

“The sport is in good hands right now because you have all these young kids that are playing well, that are bringing more young kids out to play,” Perez says. “The problem is it’s so expensive to do it if you’re a middle class family—you’ve gotta buy clubs, all this new stuff, it’s expensive. But I think Jason Day and Spieth and Rory are really helping it out and are going to carry the game for a long time. It’s just whether or not people are able to play the game or not.”

The above quote from Perez hits it on the nose. Even while companies closing shop could mean less money for golfers, they’ll still find a way to make money. The people it could severely hurt even more, are future golfers who may not be able to afford clubs and choose to forego playing the game entirely.