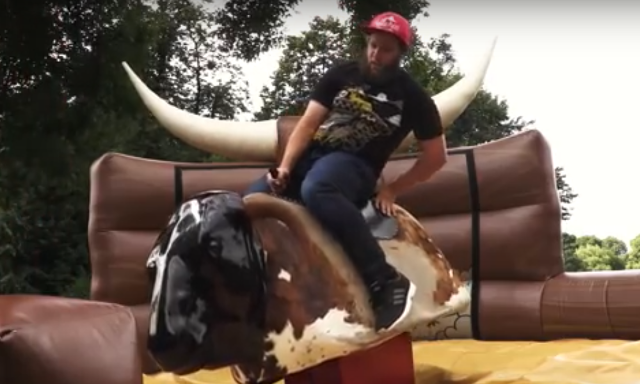 English golfer Andrew “Beef” Johnston has done some crazy things in his short time as a prominent golfer, including teeing off a hamburger and telling reporters he was going to get hammered after winning a European Tour event.

Johnston might have managed to top his past goofiness with something even more ridiculous. After becoming a fan favorite at this past weekend’s British Masters, Johnston decided it was a good idea to ride a bull while answering questions from fans.

It’s hard to even know how this came about as a thing. But it’s still damn funny. I would love to see this happen at some of the cliché-filled press conferences we have here in the states.

For American golf fans, be prepared to see Johnston and his antics sooner rather than later. He recently earned his PGA Tour card. We can only imagine how weird it will get if he starts doing these sorts of things at hallowed U.S. courses like Augusta National.