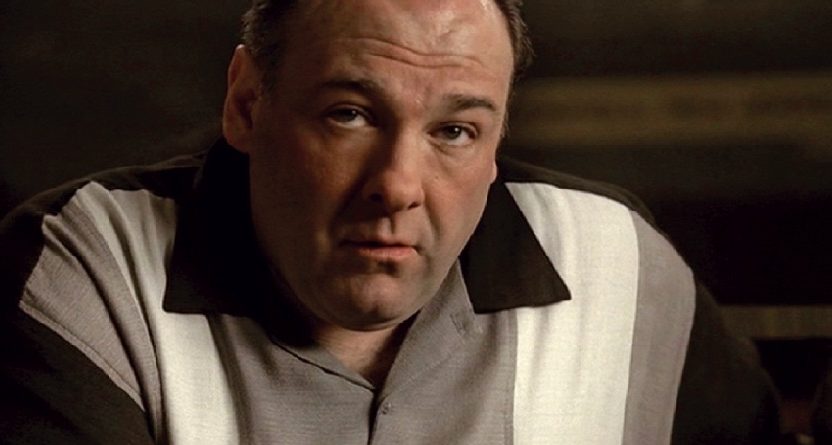 In 2017, we take prestige television for granted. In fact, you could make a case that a decent percentage of the TV-watching audience will only spend their precious time watching what they consider prestige programming. CBS sitcoms be damned.

When The Sopranos premiered in 1999 on HBO, there was no such thing. Not really. Television was where actors who weren’t good enough to star in movies plied their trade, presumably with the hopes that a successful show would propel them to the big screen. And the notion that a television show on a cable network, a pay-cable network at that, could be a cultural touchstone was basically unthinkable.

Even after the first season of The Sopranos, no one could have foreseen what was to come. The New Jersey mob show didn’t really become a pop culture juggernaut until Season 3 rolled around. (The season premiere garnered 11.26 million viewers, the first double-digit count of its run.) After that, however, the story of Tony Soprano, his mob family, and his literal family, would not only help redefine the way America watches television but also redefine what we expect from it as well.

In the years since U.S. television has been awash in high-quality TV programming that rivals and often surpasses what you can find at your local cinema any given weekend. A-list actors (if there still is such a thing) now routinely show up on cable TV shows and doing so isn’t seen as a step back so much as a common sense move to offset risky film-related choices.

But for all the legacies that The Sopranos left behind, perhaps none remains as visceral as the way it ended. For those who watched it live, it engendered a confusion or anger that few pieces of pop culture have ever done. Even for those who didn’t watch the show, it became a piece of television lore. Shorthand for when people discussed controversial TV endings, depending on the argument someone was trying to make.

Even now, knowing what’s to come, watching that scene inspires more dread and anticipation than any scene that is ostensively about a family arriving at a suburban Italian restaurant to eat dinner should ever have. It remains a masterclass in tension, which is even more impressive when you remember it’s soundtracked by Journey’s “Don’t Stop Believin’.”

Not to blow the moment out of proportion, but to this day people still tell stories about The Sopranos’ final moments as if it were some kind of national tragedy. People remember where they were and who they were with. You probably know multiple people who thought their power had gone out at the most inopportune moment possible. You might have even heard some people say that their power actually did go out.

Spookiest part of "Sopranos" finale 10 years ago, as @AnishESPN can verify, is the power went out at my house right after "fade to black"

2007 doesn’t seem like a long time ago, but in terms of how we all communicate with one another, it might as well be another era. This was long before we all watched TV episodes together on Twitter or dove into wrap-up podcasts the next morning to hash out what we’d learned. In the fallout left behind by The Smash Black Seen ‘Round The World, those of us who cared enough were forced to have actual water cooler conversations at work. If you wanted to dig a little deeper, message boards and personal websites were filled with theories and conclusions about what it all meant and what really happened.

Personally speaking, I still feel as sure about what it meant today as I did 10 years ago. Tony Soprano is dead. He was, of course, killed by The Man in the Members Only Jacket who had gone to the bathroom either to retrieve a gun left there or to psyche himself up.

I believe creator David Chase laid out the reasons pretty clearly to support this. In the show’s second-to-last episode, Tony’s brother-in-law Bobby Bacala explained to him that when the moment in which you die arrives, “everything just goes to black.” Chase and HBO then deliberately replied that episode on the Sunday between the penultimate and final episode of the show, as if to hit us over the head with the idea without actually planting a flag in the ground.

“You probably don’t even hear it when it happens.”

Of course, there are plenty of people who disagree with me and can point to enough clues of their own to justify it. Whether one of us is right or neither of us is right is, perhaps, the entire point (though Chase has since basically come clean). While rumors of a Sopranos movie always swirled right up until James Gandolfini’s untimely death, I’m glad one was never made (if one was really ever considered).

It’s interesting that the timing of this episode’s anniversary comes when it does. Another HBO series, The Leftovers, recently ended its run with a finale that left a lot of room for interpretation. The creator of that show, Damon Lindelof, is infamous for Lost, which had a controversial finale of its own. We’re also not very far removed from the ambiguous finale of Mad Men, a show that has a literal lineage from The Sopranos, given that creator Matthew Weiner was a writer for the former before starting the latter. 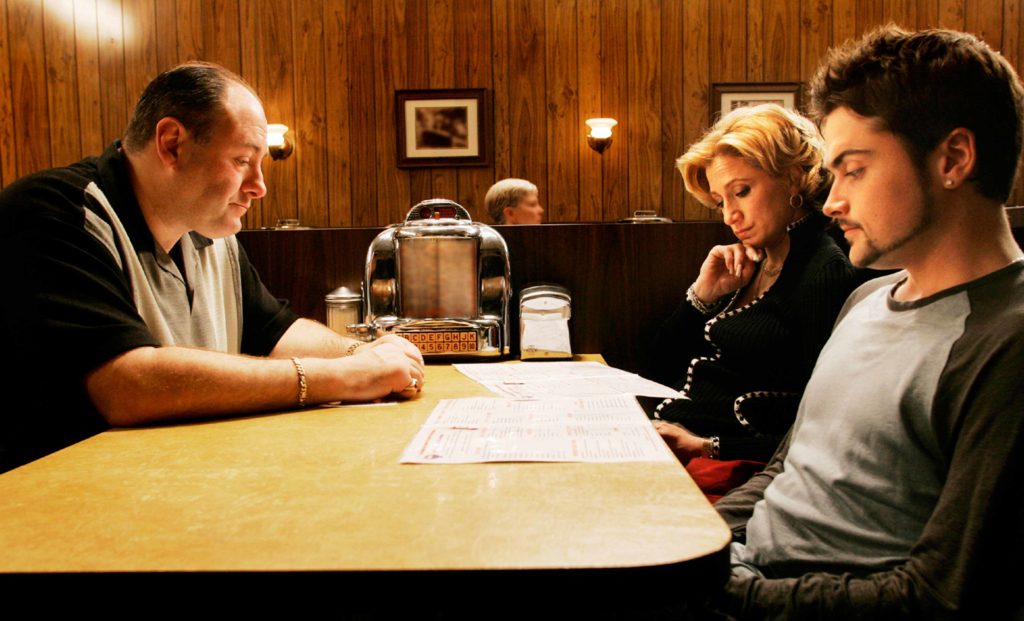 A case could be made that in order to have well-told TV shows that challenge us in the way they end wouldn’t be possible without The Sopranos’ ending. Love it or hate it, it set a tone and an expectation for audiences that you aren’t promised a tidy conclusion just because you were a loyal viewer. Stories go on. (Or, depending on what you think happens, they don’t.) It’s not always the responsibility of the show to wrap up everything up for you. Especially if the show’s themes are there to get you thinking and challenge you, why wouldn’t the ending be any different?

As far as I can tell, no one is going to make a Sopranos prequel or spin-off anytime soon. The story that David Chase wanted to tell was told. In an era where it feels like every piece of pop culture gets extended until the blood runs dry, whether done for demand or profit (or both), that’s a good thing. Sometimes, stories need to end, or at least our viewing of them has to end. The Smash Black was a definitive demarcation of that. Maybe there’s more to Tony Soprano’s life than we saw. Maybe not. But it doesn’t matter because we saw what we were supposed to see right up until the moment when we weren’t.

5 thoughts on “Ten years later, The Sopranos finale remains influential whether you liked it or not”