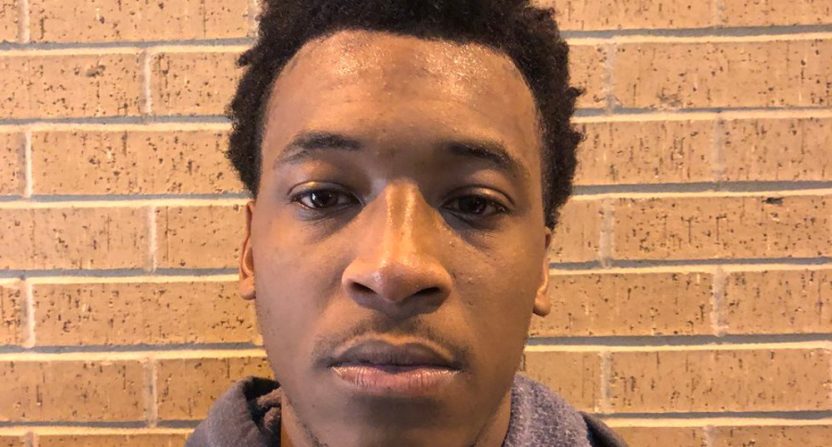 Older people pretending to be young and returning to high school has long been a trope, from the original 21 Jump Street through Never Been Kissed through the 30 Rock episode that sparked the “How do you do, fellow kids?” meme, but it does actually happen sometimes. The latest case in point comes from the problematic story of Sidney Bouvier Gilstrap-Portley, a 25-year-old who posed as a 17-year-old homeless Hurricane Harvey survivor named Rashun Richardson over the last nine months, playing high school basketball again and dating a 14-year-old girl before he was arrested last week on a charge of tampering with government records. Here’s more on his case from The Dallas Morning News:

Sidney Bouvier Gilstrap-Portley began the school year at Skyline High School, where he enrolled claiming to be a Hurricane Harvey refugee. Months later, he moved to Hillcrest High School and joined the basketball team, Dallas ISD officials said. As a student there, Gilstrap-Portley dated a 14-year-old classmate, the girl’s mother said.

…Gilstrap-Portley enrolled at Skyline as Rashun Richardson at a time when the district had opened its doors to hurricane evacuees, said Dallas ISD spokeswoman Robyn Harris.

“He took that as an opportunity to gain access to our schools,” she said. “He was fairly savvy to be able to utilize that type of position, knowing that we were accepting Harvey students.”

That’s certainly not great. And while sneaking on to high school basketball teams as a 25-year-old (who already played in high school at North Mesquite High School, 15 miles away, and also in college at Dallas Christian College) has problems in its own right (for one, he was voted the District 11-5A offensive player of the year, unfortunate for the actually high-school-aged players he was up against, and got some prospect attention), it’s maybe his relationship with the girl that’s the most concerning. Here’s more on that:

The mother of a Hillcrest High freshman said that her daughter started dating Gilstrap-Portley in January. The woman, who spoke on the condition of anonymity, said her 14-year-old knew the man as Rashun Richardson and thought he was 17.

“It’s unbelievable to me that he could get away with this,” she said. “I don’t know what, how [the school] let this slip through the cracks.”

The woman said she had never approved of her daughter’s relationship and wasn’t comfortable with her dating a 17-year-old freshman.

And that’s obviously much more troubling when you consider that the guy in question was actually 25. That’s a concerning story, and it raises a whole lot of questions for those who thought they knew him. DMN columnist Robert Wilonsky’s son was one of those, and Wilonsky wrote about it:, relaying concerns from district superintendent Michael Hinojosa as well:

“He walked our hallways,” said one of my son’s friends, “with us.”

…What began as merely sad, perhaps — a man trying to relive a boy’s glory years, at least according to the current media narrative  — became deeply troubling, to that girl’s mother and every other Hillcrest parent now asking, How? To say nothing of the kids with whom he spent time, walking among them, pretending to be one of them. [Superintendent Michael] Hinojosa said he was sure there would be counselors assigned to address students’ worries. But he wasn’t sure how this would play out.

“It’s messy,” he said. “It’s under criminal investigation, and they get real nervous when administrators try to intervene in a criminal case. You want to issue a mea culpa and try to inform everyone, knowing this is a big emotional issue for the students. It’s a real fine line. This guy was obviously a con artist. For him to know how to use the Hurricane Harvey thing and the homeless provision, where checking the records is lax, it makes it real complex.”

…He said the whole thing has been “surreal” and was quick to dispel this narrative that Gilstrap-Portley was just trying to relive his glory days.

“No one should look at it that way,” he said. “This is an adult infiltrating high school. People should take this seriously. No one should play it off like that. This is much more than that.”

Fortunately, Gilstrap-Portley was found out when one of his former North Mesquite coaches saw him at a tournament and said something to his new coaches. But it’s definitely unfortunate that the school district’s attempt to help hurricane refugees was taken advantage of this way.