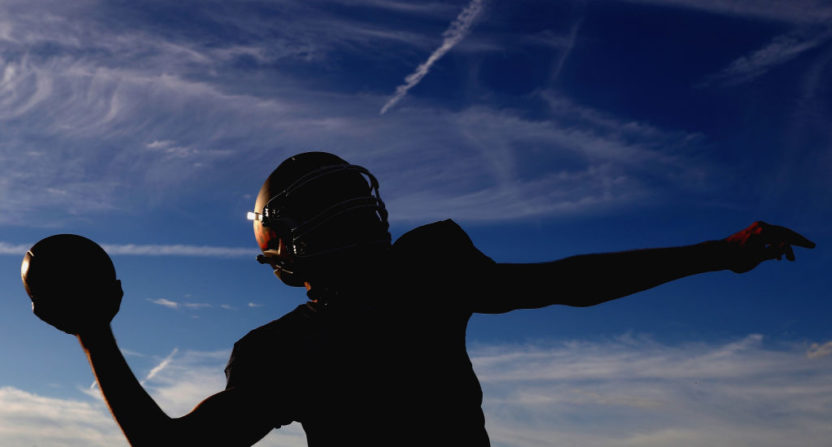 Some players will do whatever it takes just to be eligible to play their favorite sport. In Arkansas, a star high school football player became an eligible transfer after marrying another student and moving in with the girl’s parents. Though incredibly shady on the surface, it was the only way to make him an eligible football player for a high school football program that has quickly turned its season outlook around.

In Arkansas, the rule at hand here states a student who is married and living with a spouse will be eligible to play for a school in the spouse’s district after one year. As reported and detailed by KATV in Little Rock;

Rule 16, Subsection A, Exception 6 states that if a “… student is married and living with a spouse … who had an established domicile in the district one year prior to the marriage …” then he or she is instantly eligible.

We do not know the names of the player and his wife at this time, because both are under 18 years of age (both are 17). It is worth noting the high school this player plays for, Mountain Pine, lost their season opener 35-0. Since then, the player was declared eligible to play for the school, and they just so happened to go on a seven-game winning streak with the player rushing for at least 100 yards in each game with 16 touchdowns. Surely this is all a coincidence, right?

And you thought you had seen enough controversy over fall weddings. The last time you attended a fall wedding, a player’s high school eligibility probably was not on the line.