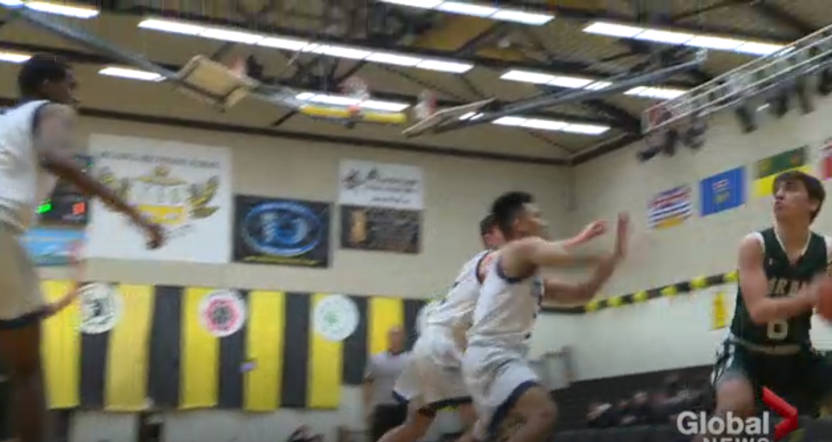 Ridiculous individual statistics in basketball are always fun, and boy, did Canadian high school player Diego Maffia deliver that Saturday. Maffia, a 6’1” senior guard for Oak Bay High School in Victoria, British Columbia, scored 96 points in the Bays’ 114-88 win over Edmonton’s Ross Sheppard High School Thunderbirds Saturday. That win happened at the Western Canada Basketball Tournament in Kelowna, B.C., featuring eight top teams from B.C., Alberta, and Manitoba. And both Maffia and his coach were a bit surprised afterwards, as per Doyle Potenteau of Global News:

“It was something I’ve never seen before, and I’ve been around basketball for, gosh, 35 to 38 years,” said Oak Bay coach Chris Franklin. “It was quite remarkable.”

Franklin said Maffia’s teammates started feeding him the ball constantly in the final six or seven minutes, as “they wanted to see a teammate do well when something special is happening.”

Yeah, that was something special, all right. This was in a game for seventh and eighth place, so it wasn’t the highest stakes in the world, but Maffia still made some history. He beat the tournament record of 60 points, set by Alex Dewar of Marion Graham Collegiate in Saskatoon, Saskatchewan. (Notably, Dewar beat the previous record of 59 points set by current Miami Heat forward Kelly Olynyk, which helps to indicate something about the level of play in this tournament.)

And while Canadian high school basketball is obviously a much different level of competition, it’s notable that 96 points by one player has only been surpassed once in the NBA (by Wilt Chamberlain in 1962, for the Philadelphia Warriors) and once for a NCAA Division I team (by Frank Selvy in 1954 for Furman, against Division II Newberry College). Also Maffia did this pretty efficiently. He shot 30-for-61 from the floor, making 15 three-pointers, and made 17 of 19 free throws. He also added eight rebounds, two assists, eight steals and a block. Here’s a Global report on the tournament from Travis Lowe, which includes footage of Maffia (#6 in green):

However, this isn’t a Canadian record. That appears to be held by Denham Brown, who put up 111 points for Toronto’s West Hill Collegiate Institute in a 150-58 win against R.H. King Academy in 2002. Maffia’s stats came in a much closer game, but Brown’s accomplishment was still remarkable, and he went on to play at Connecticut and (briefly) in the NBA. We’ll see if there’s similar success in store for Maffia down the road, but either way, he’ll always have this performance to look back on.