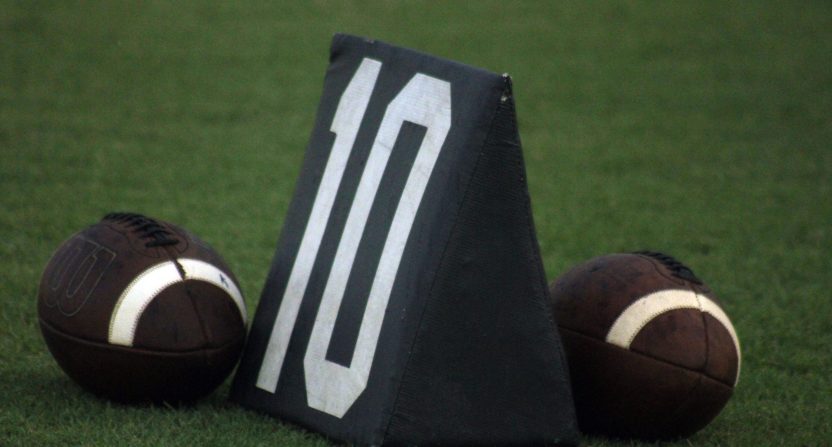 The River Valley High School football team in California will be ending its season prematurely after a shocking video surfaced showing members of the team acting out a slave auction.

According to a report from Fox 40, the Yuba City school district received the video on Thursday. Superintendent Doreen Osumi called the players’ actions “reprehensible” and has banned those who participated from playing for the rest of the season. As a result of their suspensions, the team no longer has enough players to safely field a varsity team and will forfeit the rest of their games this season.

“Re-enacting a slave sale as a prank tells us that we have a great deal of work to do with our students so they can distinguish between intent and impact,” Osumi said in a statement. “They may have thought this skit was funny, but it is not; it is unacceptable and requires us to look honestly and deeply at issues of systemic racism. We know that corrective action may be required in accordance with policy, but it is education, honest, open discussions and instruction that will guide our students to realize that their choices and actions have consequences.”

After forfeiting this week’s game, River Valley was 0-6 on the season with four matchups remaining on its schedule. Since the team will also forfeit those four games, it will finish the season with a 0-10 record.