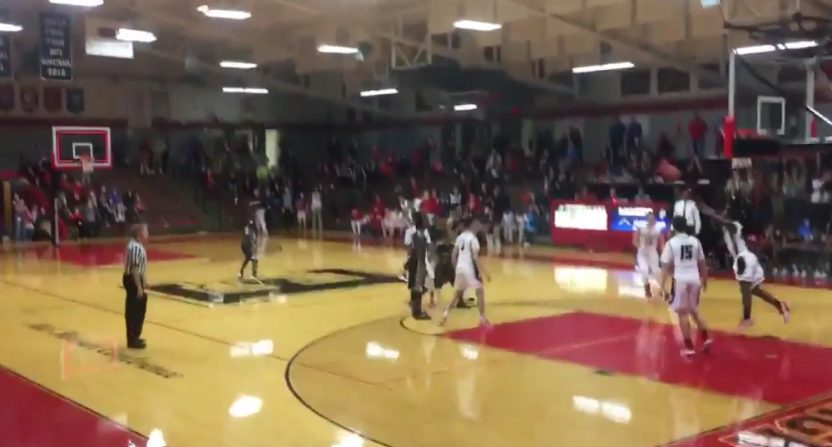 Indiana’s high school basketball postseason is one of the most well-known in the country, and it’s led to some of the most memorable moments. That was proven true once again this week with a great buzzer-beater.

On Tuesday, high school senior Josh Clanton led his team from Indianapolis’ Central Christian Academy to a 64-62 win over Arlington High School by rebounding a missed free throw and making a full-court buzzer-beater. The video is just as crazy as the description, especially considering that Arlington was all set to win in regulation before they took their final free throw.

We need another angle because this shot is just that crazy.

What’s really remarkable is that Arlington could have won if their free-throw shooter had just flung the second shot off the backboard; they were up by one after the first shot, and Central Christian wouldn’t have had enough time to track it down. But the odds of Clanton doing what he did were so remote as to seem impossible, so it’s understandable why they proceeded as normal. I mean, that’s about as crazy as it can get. It’s just a shame more people weren’t there to see it live.

Just remember folks, it’s only March 1. There’s plenty of time for more shots like this to come around. I’d expect to see more crazy shots in the very near future.