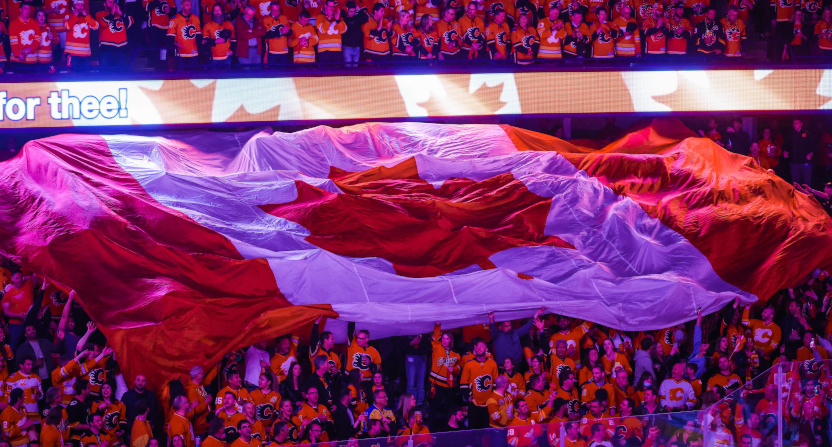 One of the big storylines around leagues’ responses to the COVID-19 pandemic has been for the leagues that have teams in Canada. That country both initially instituted more border and large event restrictions than the U.S. did federally (which led to many Canadian teams playing in the U.S. in 2020 and 2021, and to the NHL having an all-Canadian division in 2021) and then also maintained restrictions longer, specifically on requiring vaccinations for travellers to the country.

That vaccination requirement led to significant impacts for American teams playing road games in Canada, with unvaccinated players across MLB, the NBA, and more staying at home while their teams travelled across the border. It also led to some players on Canadian teams, including CF Montreal’s Erik Hurtado, asking for trades to U.S. clubs so they wouldn’t have to get vaccinated to play in home games. And it put pressure on unvaccinated players traded to Canadian teams, such as Whit Merrifield, to get vaccinated. Now, however, the Canadian federal government announced Monday that they will remove all COVID-19 border restrictions beginning Oct. 1. Here’s more on that from CBC News:

As of Oct. 1, all travellers, regardless of citizenship, will no longer have to:

Health Minister Jean-Yves Duclos said Monday’s decision is not a sign Canada is out of the pandemic, but said the government’s data showed the importation of new variants was no longer having an effect on the evolution of the virus in country.

The timing here may be particularly significant in relation to the MLB playoffs. The Toronto Blue Jays are currently 86-67, in the first of three AL Wild Card spots. So this could make a big difference for teams that face them in the postseason. But it’s also going to be important for NBA, NHL, and MLS teams travelling to Canada, as they’ll no longer have to leave anyone behind over vaccination status.

[CBC News; photo of fans holding a Canadian flag at Game 1 of the Dallas Stars-Calgary Flames NHL playoff series on May 3 from Sergei Belski/USA Today Sports]