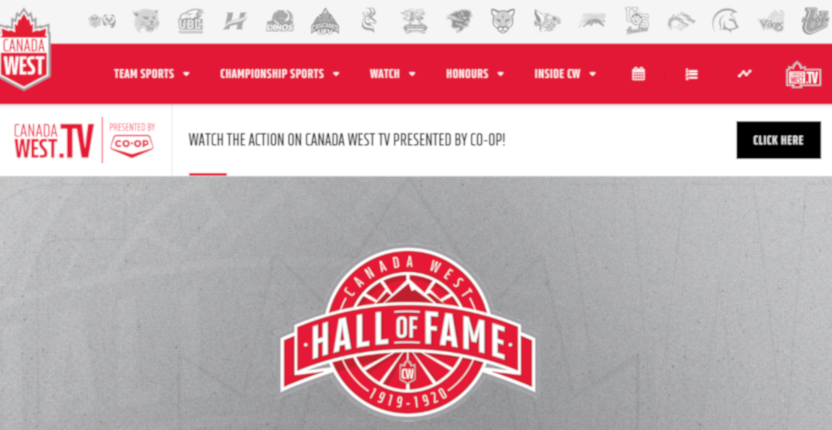 There have already been some notable differences in COVID-19 pandemic response between Canada and the U.S., with Canadian cities like Calgary and Toronto cancelling mass gatherings earlier and for longer than many American cities. And now there’s another one on the university sports front. While many U.S. schools have already allowed football and basketball athletes to return to campuses for player-led workouts, with others set to soon resume school-led voluntary workouts, national Canadian university sports organization U SPORTS announced the cancellation of its fall championships Monday, with three of its four member conferences also cancelling fall sports seasons altogether (and the fourth just not making that decision yet.)

Sunday saw multiple reports that Canada West (a conference with schools in British Columbia, Alberta, Saskatchewan, and Manitoba) planned to cancel its fall sports season (with an official statement to come Monday), and a report from Sébastien Lajoie in La Tribune (a daily newspaper in Sherbrooke, Quebec) said Ontario University Athletics and Atlantic University Sport would follow suit, with only RSEQ (the Quebec athletics conference) not moving forward on that front at this moment. That proved exactly right. Here’s more from the U SPORTS national statement:

U SPORTS, the national brand of university sports in Canada, announced Monday the cancellation of its six 2020 fall national championships and modifications to eligibility and scholarship regulations in response to the COVID-19 situation.

“U SPORTS has been working hard with the four conferences, our 56 member institutions and medical experts to examine the feasibility of delivering the fall national championships this season,” said Lisette Johnson-Stapley, U SPORTS Chief Sport Officer. “Taking into account the academic realities of university sport, we arrived at a point where a tough decision had to be made.”

…“Although the Canadian sport system is working together to create evidence-based return to training, practice and competition protocols, it is not currently feasible or safe due to the COVID-19 Pandemic for U SPORTS to be able to offer fall championships given the academic realities of student-sport,” said Dr. Taryn Taylor, U SPORTS Chief Medical Officer and representative on the Own the Podium Return to Sport Task Force. “We continue to work with public health officials across the country to examine possibilities for return to play for the winter 2021 term.”

That statement is particularly about the national championships (which are under the jurisdiction of the national body) rather than regular-season play. But Canada West, OUA and AUS all put out their own statements cancelling sports until January 2021. In the case of the latter two conferences, that’s all sports, while in the case of Canada West, it’s fall team sports (football, soccer, rugby 15s, and field hockey), with later decisions to come on individual sports golf, cross country, and swimming. These cancellations also apply to winter sports that normally begin in the fall, including basketball, ice hockey, and volleyball; those sports won’t be played until at least January 2021, but their seasons as a whole haven’t been canceled yet.

This means that the 56th Vanier Cup (the Canadian national football championship) won’t be awarded this fall, and that none of the other fall championships will happen either. And it means it’s a lost year in terms of athletic competition for athletes in the sports impacted . And while RSEQ certainly could go ahead only with in-conference games (and they might, given some of the ways that Quebec’s provincial leadership have been pushing to open up), they may well wind up cancelling too.

Of course, the Canadian responses don’t have a ton to do with anything on the NCAA side. For one thing, the Canadian federal health restrictions have generally been tighter than the U.S. ones, which adds some governmental challenges to consider in any attempt to resume play (especially with conferences like Canada West and AUS that cover multiple provincial jurisdictions). For another, there’s much less money in football in U SPORTS than there is in the NCAA, so there are less economic factors pushing schools to try and resume play (although football can still be an important revenue generator for some schools, it’s nowhere near as big as it is stateside). But it’s certainly fascinating to see such wide-ranging and prolonged cancellations of university sports in Canada, especially with the NCAA taking quite a different tack at the moment.

[U SPORTS; 3 Down Nation; La Tribune]