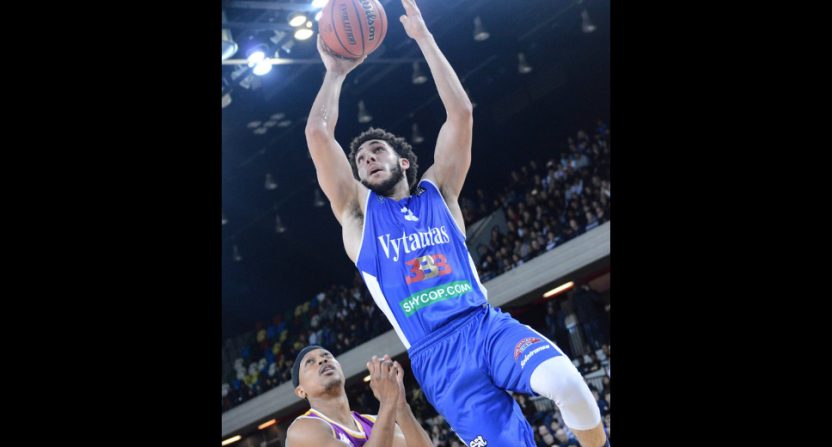 After a whole lot of shenanigans, from songs to press conference flirtation to SNL to having the team in question withdraw from the Baltic League to play Big Baller Brand Challenge Games exhibitions that aired on Facebook to LaVar Ball creating a massive NBA controversy with comments to then-ESPN scribe (now at Stadium) Jeff Goodman (who Ball later went after on his reality Facebook show Ball In The Family), the Balls came home and LaVar started an alternative league.

Well, the team they were involved with in Lithuania, BC Prienai-Skycop, has just come out with one of the most remarkable press releases you’ll ever see about how disastrous the Balls’ time there was. Here’s the release (PDF), and some highlights:

After a ‘rollercoaster ride’ adventure with the infamous Ball brothers – LaMelo and LiAngelo in the 2017/2018 season, Lithuanian basketball club BC Prienai-Skycop has spoken out for the first time, revealing that although the coming of Big Baller Brand has solved its money turmoil in short-term, this scandalous move and the way Ball brothers & LaVar were behaving in and outside the court has resulted in team finishing dead-last in LKL (Lithuanian basketball league) and without any budget for the upcoming season.

As head coach Virginijus Seskus explained in his interview, the club and its goals was merely a joke to the BBB, who were there only to breathe life into their dying TV show.

“The first and most crucial mistake we made was allowing them, especially LaVar, think that they are in charge of the club – its decisions, its plans and even the game. His boys were nowhere near the level of the LKL, let alone NBA, which league obviously understands, seeing the draft outcome. And the most disappointing fact was that they had no inner drive to become better. And when they saw it was going nowhere, they started destroying the club, not paying out prize money to the Big Baller Brand tournament winners, etc.,” explains Seskus.

…After leaving the club without any prior notice and by taking back their financial support including shooting machines that were presented as gifts to the club, BBB has left Prienai without sponsorship and base for future planning. “It was a short-term move, and it did the job – the club survived and that is the most important fact. This season we are also making bold moves, but now we look to the big picture and future. We will give priority to professionals with great discipline and personalities,” says Seskus.

Well, there’s a whole lot going on there, from “scandalous move” to “taking back shooting machines” to “not paying prize money” to “his boys were nowhere near the level of the LKL.” So LaVar Ball and his sons appear to have created yet another international incident. But the club has moved on (well, apart from blasting Ball in press releases), signing a new and bigger sponsorship deal with flight compensation company Skycop and bringing entrepreneur Gediminas Ziemelis on board. And they’ve learned their lesson about sideshows and TV deals and “will give priority to professionals with great discipline and personalities,” right? Right?

Moreover, the club has signed another charismatic, yet professional title-winning duo to replace the reality show stars. Darjus Lavrinovic and Ksistof Lavrinovic, the tallest twin basketball professionals on earth, will be joining the roster for the 2018/2019 season and are also expected to have US TV show of their own.

Oh. Well, at least now they have some literally big ballers.