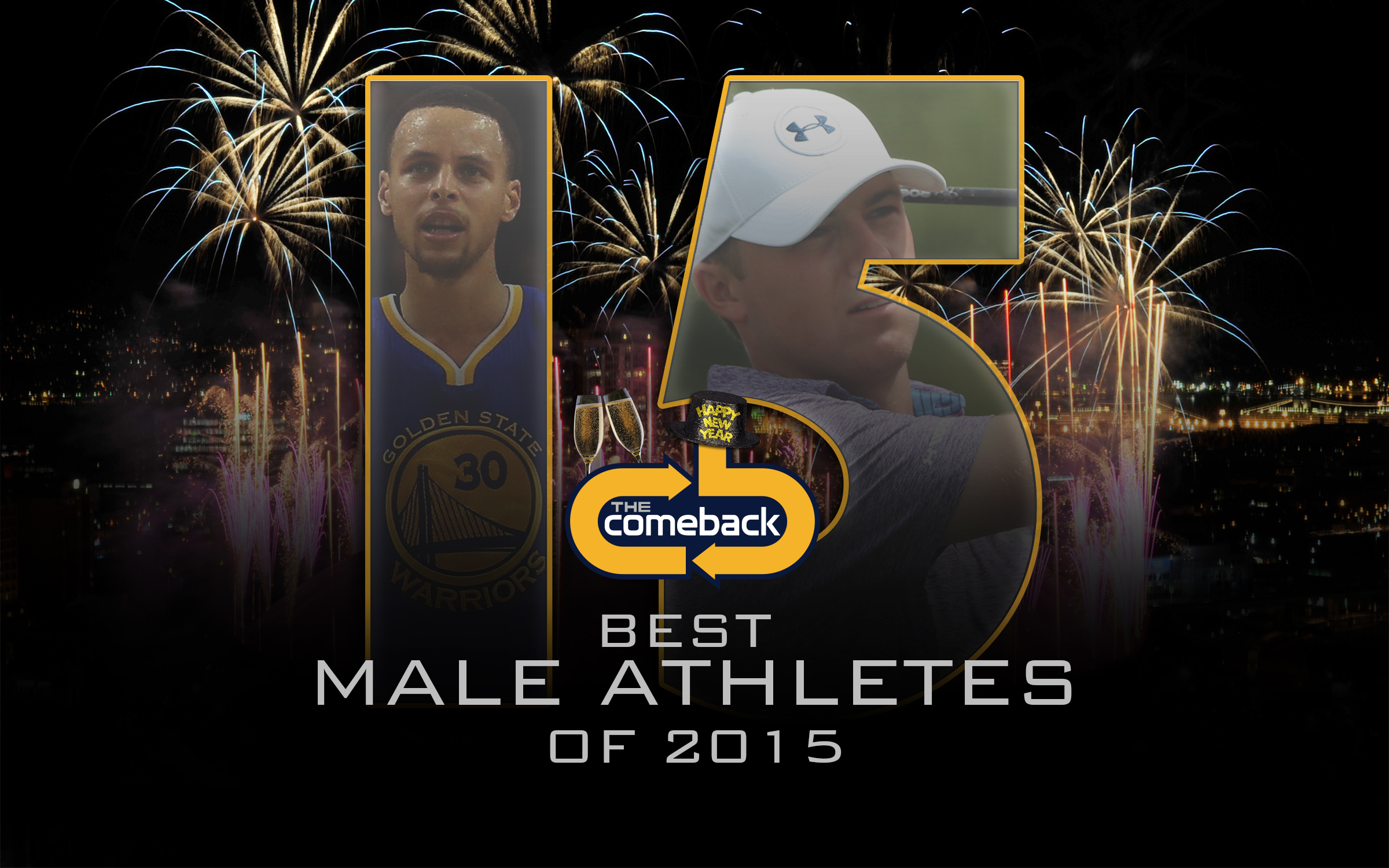 When we set out to rank only the 15 top male athletes of 2015, we realized the task was nearly impossible. Is winning the NASCAR Spring Cub Series is a bigger deal than capturing the American League MVP award, or is being the college player of the year enough to earn a place among the greatest pros? Is this from an American-centric perspective or a global one, and with that, should the popularity of a sport matter? Is there such thing as lifetime achievement points? Do off-field factors matter?

After some healthy debate and plenty of rough drafts, we’ve come up with a pretty solid list of the top 15 male athletes of 2015.

Before we get to our final 15, here are 15 guys who just deserve honorable mention:

McGregor’s remarkable 13-second knockout of Jose Aldo at UFC 194 catapulted the MMA star onto the list after solidifying himself as the face of UFC.

Who was even sure a year ago that Cam Newton would even be playing football after his horrific car crash. He stormed onto this list this season, leading a 14-1 Panthers team back to the playoffs and making a strong case for NFL MVP.

Neymar broke out for Barcelona in 2015 in Lionel Messi’s absence, earning a spot on stage for the Fifa Ballon D’or, and earning a place as one of the best athletes in the world…and almost the best player on his team.

Harden had the best year of his career in 2014-15, finishing second in NBA MVP voting and lifting the Rockets to second place in the Western Conference.

The NHL’s MVP in 2014-15, Price has the Canadiens back in first place for the second straight year.

Donaldson batted .297 with 41 home runs and played stellar defense to help the Blue Jays to the playoffs for the first time since 1993. For that performance he won AL MVP, though some of us would have voted for someone else…

With a better average, OBP, slugging percentage and OPS than Donaldson, Trout deserved another AL MVP, as he continued what could be the best start to a career in MLB history. The 24 year-old has played four seasons and finished top-two in MVP voting four times.

2015 has seen Watt win his second defensive player of the year award in three seasons (a reward for his 2014 performance) and follow up with an almost-as-impressive output this year, one game away from leading the quarterback-less Texans to the playoffs. Off the field, he has shifted from an NFL fan’s hidden treasure to a mainstream superstar/folk hero, with national endorsements and network TV cameos.

Messi looks likely to reclaim the Ballon D’Or award after putting up huge stats (43 goals, 18 assists in La Liga last season) for a Barcelona team that won the Champions League, La Liga and Copa Del Rey. He also led Argentina to the Copa America final, a national team achievement more notable than any of his best-in-the-world competitors can claim. Messi’s recent ankle injury knocked him down a few spots here, but he was 2015’s best soccer player.

2015 began with debate over whether Harper was overrated and ended with conversation about whether he is the best player in baseball. That’s what happens when you bat .330/.460/.649 with 42 home runs and win the MVP award unanimously. Given the year he had, it was hard to keep Harper out of the top five. Blame Matt Williams for that.

At one point in 2014, Brady was considered yesterday’s news, playing out the string of a great career. But his play picked up in November and December, and by the time the ball dropped he was back to his former-MVP self, throwing for 921 yards in three playoff games, including 328 (with four touchdowns) in the Super Bowl.

Brady further stepped up his play this season, ranking among the NFL leaders in just about every passing category and establishing himself as one of two or three legitimate candidates for the league’s MVP. A Super Bowl title to start the year and MVP-caliber performance to end it makes 2015 one of the better years of Brady’s remarkable career, flat balls, suspensions, appeals and court-room drama notwithstanding.

LeBron didn’t win an MVP award or a title in 2015, but it’s still hard to keep him too far from the top of this list. For one thing, King James has continued to be among the NBA’s best players, averaging 25-6-7 in 2014-15 and upping his stats to 26-8-6 so far this year. He finished third in MVP voting and could have been higher, and he will likely rank up there again in the spring.

But it was LeBron’s playoff performance that earns him a top-five slot here. James dragged a beaten-up Cavaliers team all the way to the Finals and by some miracle stole two games when he got there. The Warriors won the title, but our enduring memory of the series will be LeBron carrying a team starting Iman Shumpert and Matthew Dellavadova to within two wins of a championship.

Few players in golf history have had year like the one Spieth carded in 2015. First, the 25-year-old crushed the Masters field, tying Tiger Woods’ course record at Augusta. Then he won the U.S. Open, becoming the first golfer in 13 years to win the year’s first two majors back-to-back. He “slacked off” with a fourth-place finish at the Open Championship and a runner-up result at the PGA Championship—either or both of which he could have, and maybe should have, won—ascending to the top spot in the world rankings along the way.

All in all, Spieth won six PGA Tournament events in 2015, dominated the earnings leaderboard, won the FedExCup in virtually wire-to-wire fashion, was named tour Player of the Year and established himself as the future face of golf. For good measure, he also signed a 10-year extension with Under Armour worth untold millions of dollars.

Djokovic’s dominance has become almost routine, but it’s hard not to marvel at all he accomplished in 2015. Djokovic spent the entire year ranked No. 1 in the world and fended off all challengers with relative ease. He won three Grand Slam events and finished second in the other one, becoming on the third player ever to reach all four major finals. Overall, he was 82-6 in 2015.

This was also the year that elevated Djokovic into the Greatest of All-Time Conversation. He now ranks 10th all-time in tournament titles and tied for 7th in Grand Slam championships, and, at age 28, has plenty of time to add to his trophy case. We might remember 2015 as the absolute peak of one of the best players ever, but there’s little to suggest he can’t do the same or better in 2016.

This was the only spot on the list that didn’t require a lot of deliberation. In Steph’s first game of 2015, on Jan. 2, he dropped 32 points and 12 assists on the Toronto Raptors, and he never looked back. He won the 2014-15 MVP by averaging 23.8 points and 7.7 assists per game for the Warriors, then upped his game in the playoffs, putting up 28.3 points a game, leading Golden State to the NBA title.

Last season’s performance alone would have put Curry in the top five on this list, but what he’s done these past few months earns him the top spot. Curry is the best player in the league and the leader of a team that began the season on a historic 24-game winning streak. He’s leading the NBA in scoring by more than 3 points and seems to have the 2015-16 MVP all but locked up before New Year’s. Start to finish, it was truly the year of Steph Curry.