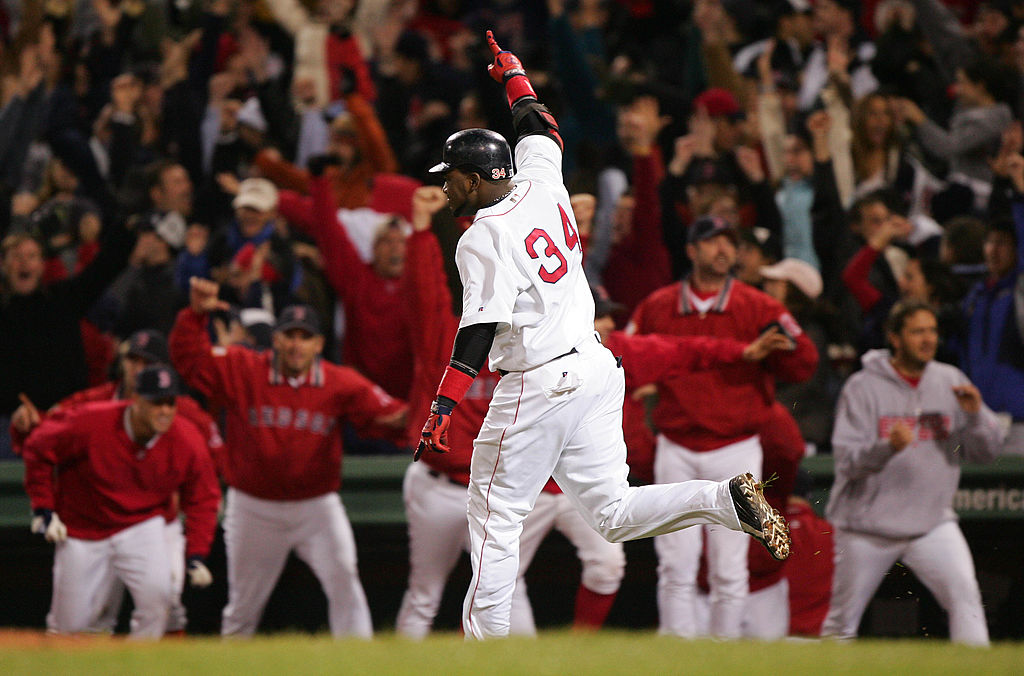 The comeback.  It’s one of the most exciting things about being a sports fan.  No matter the level of competition, no matter the sport, no matter the importance of the game, there is something exhilarating about seeing an athlete or a team dig down deep to overcome the odds.

That essence is part of the reason why The Comeback is here – because we all love that rush of adrenaline from the roller coaster ride of being a sports fan.  What better way to mark the launch of The Comeback than to count down the 15 Greatest Comebacks in Sports History…

We’re going to cheat a bit to start off the list because all three of these dramatic Monday Night Football games deserve a mention.  In 2000, the New York Jets overcame a 30-7 fourth quarter deficit to defeat the Miami Dolphins, 40-37.  In 2003, the Indianapolis Colts were trailing 35-14 deep in the fourth quarter before emerging as 38-35 victors.  And in 2006, the Chicago Bears transformed a 20-0 blowout into a shocking 24-23 victory.  Our video nod goes to the Bears because of the sheer improbability of their triumph.  The Bears made their comeback with Rex Grossman as their quarterback and without scoring an offensive touchdown, leading to one of the more famous postgame press conferences in memory.

14) 2001 Indians vs Mariners – The biggest comeback in MLB history

The Indians tied the greatest single-game comeback in MLB history in 2001 when they reversed a 12-0 disadvantage to defeat the Seattle Mariners 15-14 in extra innings.  What made the comeback even more impressive was that was the year the Mariners tied the Major League record with 116 victories.  The Indians scored three in the 7th, four in the 8th, and five in the 9th to force extra innings, before Jolbert Cabrera drove home Kenny Lofton with the winning run in the 11th.

If any lead is safe, you’d think being up 31 points with 15 minutes to play would suffice.  In the words of Lee Corso, not so fast my friend.  LSU led Kentucky 68-37 in the second half of their February 16, 1994 contest, but then the Wildcats rallied—led by Walter McCarty and Travis Ford—with 62 points to end the game with a 99-95 win.  Then Kentucky coach Rick Pitino said, “I know I’ve never, ever witnessed anything like it.”

We follow up the greatest comeback in college basketball history with its gridiron counterpart.  For a number of years, Frank Reich had the moniker of Captain Comeback in both the NFL and college football (more on him in a bit) until this Big Ten matchup in 2006.  Drew Stanton led Sparty to 38 straight points to turn a 38-3 blowout loss into a 41-38 victory.  It was the finest moment of John L. Smith’s career in East Lansing and gave him one good reason to SMILE!

Many of you may be asking the same question at this moment – what’s a random soccer game from nearly 60 years ago in England’s second division doing on this list?  Well, it’s one of the great comebacks in sports that you’ve never heard of.  Charlton trailed Huddersfield 5-1 after giving up a goal in the 62nd minute.  To compound matters, they were playing down a man after captain Derek Ufton was injured.  And then, the extraordinary happened – Charlton’s Johnny Summers scored four goals and assisted on two others to lead Charlton to a 7-6 victory.  As a couple of fascinating historical footnotes – earlier that season Huddersfield had come back from a 3-0 deficit to earn a 3-3 draw versus Charlton.  Also, Huddersfield manager Bill Shankly would go on to much greater success and fame when he took the reins of Liverpool in 1959.