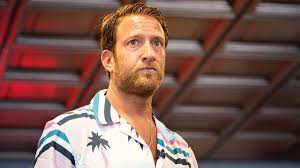 As the build up to sports betting becoming legal in every state grows we breakdown the list of the top 10 most influential people in the sports betting world in no particular order as they are all very important and integral to the sports betting world.  Our list ranges from Media Personalities like Dave Portnoy & Brent Musburger of VSIN, commissioners of the major sports leagues, CEO’s of online sportsbooks and two of the world’s best sports bettors Jon Price & Billy Walters.

Dave Portnoy – The founder of Barstool Sports, which is one of the most popular sports digital media companies in the US. Barstool Sports can be found across all forms of media from blog posts to podcasts to Instagram and even YouTube videos. They discuss a wide variety of sports topics including sports betting. Barstool Sports’ influence has grown rapidly over the last 10 years in large part due to the work of Dave Portnoy.

Roger Goodell – NFL Commissioner since 2006. Goodell has come under heavy scrutiny from fans during his tenure as commissioner, but aside from his increase of penalties and fines, he’s done a lot of good for the world of sports betting in the NFL and with commercials running during the games for Caesers and other sportsbooks it shows he’s come to terms with the great financial gain sports betting is leveraging with his league.  Now with the Calvin Ridley sports betting drama unfolding it will be interesting to see how Goodell manages the ship.

Jon Price – The only sports bettor who sells his picks here and has the ability to change lines based on his advice that he gives out to his clients. Price has been considered one of the best sports bettors for over a decade and has grabbed national headlines on more than a few occasions with his high profile multi-million-dollar wagers including a big Super Bowl win with the Bengals +4.5 and the under in last months Super Bowl. Aside from a few multimillion-dollar bets over the years, arguably his most impressive wager was in 2015 when he picked the Kansas City Royals as a major surprise to win the MLB World Series, before the season even began! Once the Royals capped off their magical run with a World Series win, Mr. Price was met with national acclaim from around the sports betting world for his exceptional insight. Today he offers his plays to a limited selection of clients through his Sports Information Traders brand and during the NFL season is on nationally syndicated radio shows in the USA & Canada.

Brent Musburger – Most sports fans known Brent Musburger from him calling sports games on TV for over 40 years. However, he’s more widely known in the sports betting world for his work that he’s done after broadcasting. He’s the founder of VSIN, one of the most popular sports betting and information networks available with the Mitch & Pauly show amongst other great personalities that grace the airwaves with them out of Las Vegas. Musburger has helped grow VSIN quickly over the years from nothing to the powerhouse of sports betting media that it is today and was acquired last year by Draft Kings.

Adam Silver – The NBA Commissioner since 2014, Adam Silver has been highly regarded for much of his work he’s done for the NBA. He’s also credited with the league embracing sports betting back in 2014 more than it ever has before, which has brought in a lot of viewers, as well as sports bettors. Silver has been instrumental in the growth of sports betting, particularly in the NBA and that has helped open the doors for the other major sports leagues to embrace the white elephant that was always in the room.

Billy Walters – One of the most successful and famous sports bettors of all time. Billy Walters is up there with other Hall of Fame sports handicappers such as Jon Price and Jimmy the Greek. The best of the best at consistently picking sports winners against the spread up until a small incident in 2017 derailed his sports betting career.

Thomas Reeg – Another sportsbook that’s exploded in popularity in recent years is the Caesars Sportsbook and it’s snuck up on a few of the behemoths by surprise. The CEO of Caesars is Thomas Reeg. Similar to Draft Kings, Caesars has also been selected for a few states’ state-approved sports betting platform, which has helped solidify his influence with New York state leading the way by far.

Amy Howe – Similar to Draft Kings, FanDuel is a sports betting app that allows you to compete with other sports bettors around the world. Amy Howe is the CEO of FanDuel and has played a large role in getting FanDuel to the level of national notoriety that it holds today and even spoke at a conference in Las Vegas a few months ago about the high cost of acquisition being 70% of the companies annual spend.