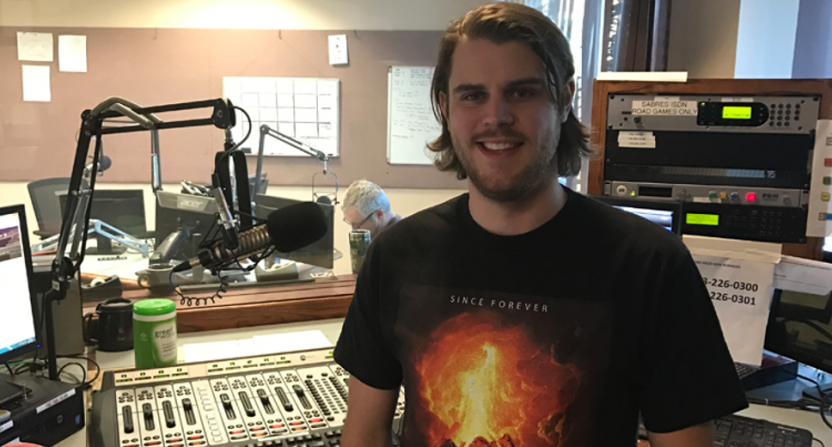 The leadup to this year’s NFL draft saw a whole lot of takes on Wyoming quarterback Josh Allen, who some analysts like ESPN’s Mel Kiper Jr. insist will be great and other analysts doubt given his poor college stats. And that led to some bold predictions about where Allen would go. One of the boldest came from Ryan Gates, a producer and host at Buffalo sports radio station WGR-550, who was so confident that the Bills wouldn’t take Allen seventh overall that he vowed to quit if they did that with Baker Mayfield or Josh Rosen still on the board. Well, Mayfield went first overall to Cleveland, but Rosen was still out there at #7 (he eventually went to Arizona with the 10th-overall pick) when the Bills did in fact take Allen, and Gates is now living up to his comments. Here’s the initial tweet:

And the follow-up from this week:

I'm expecting to remain active during Bills and Sabres season, possibly creating a podcast for WGR, and some other ideas that I have cooking.

Thanks to everyone who listened to me ramble, I will continue to do so, just in different ways.

While Gates is keeping his promise to quit (well, at least from his full-time role, and a couple of months after the draft), it’s fortunate that Geary isn’t living up to that bridge jump promise. (No word on if he’s moving markets or not.) But Gates did eventually stick to what he said here, and while it’s not as splashy as literally eating crow, eating a column or bracket, or jumping in Lake Michigan, changing jobs over this seems more significant in the long run.

Maybe Gates was already looking to move on, and he will still have a part-time role with the station, but still, leaving your job around a bold prediction is quite something. (And this officially means Gates keeps more of his promises than Kiper does.) Credit to Gates for living up to his word, but maybe that’s even more of a reason not to make these kind of predictions, especially when you’re not even predicting if someone will succeed, but just if a team will draft them. Teams have been known to do all sorts of crazy things in drafts, and this one’s already cost one person their job, regardless of how it works out for the Bills.

[For The Win; photo from WGR]