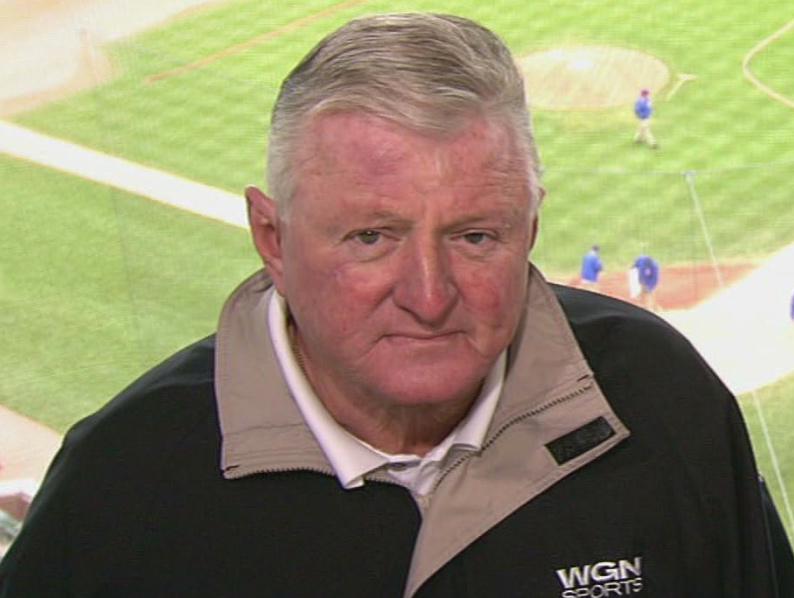 It’s Ken “Hawk” Harrelson’s final season in the Chicago White Sox broadcast booth, but he’s certainly not going out quietly. The 76-year-old Harrelson was honored on “Hawk Day” Sunday, which included A.J. Pierzynski fulfilling the dream of broadcasting alongside him, but the bigger headlines came from what Harrelson said on-air during that game’s broadcast on NBC Sports Chicago. In the bottom of the first inning, with the bases loaded and two outs, Harrelson decided to go on a tangent about how LeBron James should keep quiet about politics (presumably relating to some political discussion during LeBron’s The Shop on HBO). Video’s available at SportsMockery; here’s a transcription of what Harrelson said.

“Well, I used to watch LeBron but no more. I wish these guys would keep their nose out of politics and just play because people didn’t come to hear their opinions on politicians.”

As Evan Moore noted in The Chicago Sun-Times, Harrelson has a long history of making provocative comments himself:

During a game last season, while his broadcast partner Steve Stone made a comment saying that too much information can be a burden for ballplayers, Harrelson claimed it was true “especially [of] Latin players.”

Later that season, Harrelson said during a game “Next thing you know we’ll have catchers wearing skirts out there,” when he was complaining about a rule that was designed to prevent catchers from getting injured while in a helpless position.

And as others noted on Twitter, it’s pretty funny to hear Harrelson saying others should be less outspoken:

Can we talk about the irony of a person who made an entire career out of being outspoken thinking an athlete shouldn’t talk about something?

In a case of curious timing, this came not only on “Hawk Day,” but on the same day that MLB Network aired a documentary on Harrelson. So being outspoken has worked out pretty well for him, even if he thinks that privilege shouldn’t be extended to others. But hey, with Harrelson moving on after this year (he’ll call three more games in the Cubs-White Sox series Sept. 21-23, but that’s it), at least the White Sox have a chance to climb out of the basement of our announcer rankings.

1 thought on “Hawk Harrelson wishes on-air LeBron and others would “keep their nose out of politics and just play,” takes backlash”