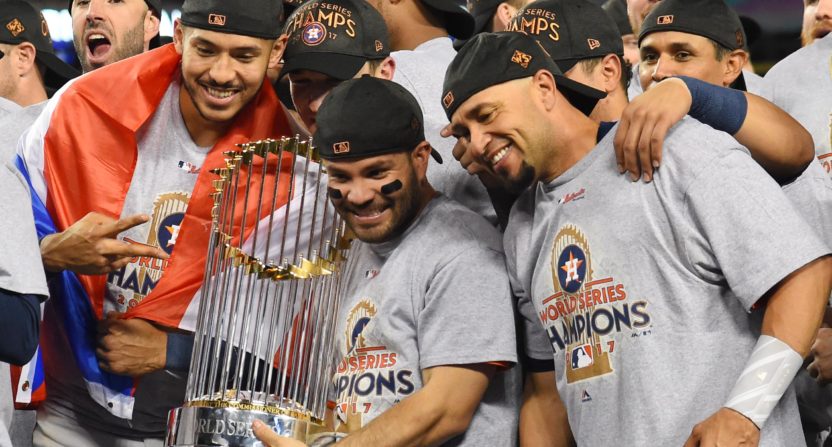 MLB enters the 2020s with the Washington Nationals holding the championship and a bout of actual free agency signings. This offseason has been, shockingly, not all that boring.

Some may argue that the game’s style of play is less fun to watch. All the home runs and talk of launch angle decreases base runners and some of the strategy that revolves around things like bunting and small-ball. There are more pitching changes and fireballing relievers who show up briefly and then depart. 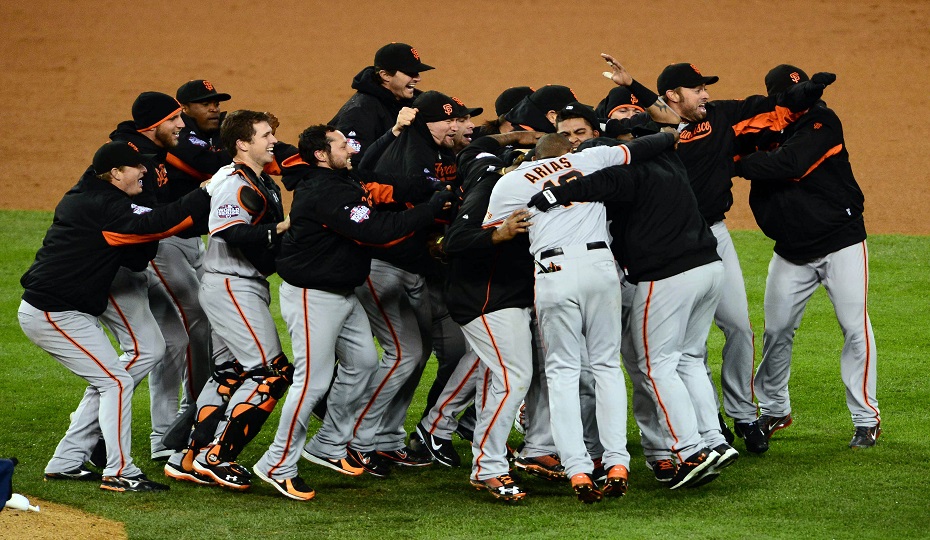 Twelve teams made World Series appearances in the 2010s, accounting for 20 possible spots. The San Francisco Giants, owners of the even years, won three titles, while the Boston Red Sox, Houston Astros, Kansas City Royals, and Los Angeles Dodgers appeared in two each. The New York Yankees did not make the World Series once, despite finishing with the best record of the decade, at 921-699.

The Giants, winners in 2010, 2012, and 2014, could fairly be called a dynasty. Madison Bumgarner’s insane postseason pitching performances stand out the most about San Francisco’s run. Go ahead and check out Bumgarner’s postseason game log on Baseball Reference. It is more impressive than you might be expecting.

Bumgarner has at least one win in each of the three World Series titles the Giants won, pitching eight scoreless in 2010’s Game 4 and seven scoreless in 2012’s Game 2. In 2014, he mowed down everything in his path and singlehandedly lifted San Francisco to a title. He pitched a complete game shutout in the Wild Card Game against the Pirates. He took the loss in Game 3 of the NLDS against St. Louis, but he only gave up two earned in seven innings. In the NLCS, he pitched a combined 15.2 innings in two games and gave up a total of three runs, winning both games. Bumgarner then dismantled the Royals in the World Series — he pitched seven innings of one-run ball in Game 1, a complete game shutout in Game 5, and then, on two days rest, he pitched five high-leverage scoreless innings to pick up the save in a 3-2 Game 7 win.

No pitcher will do what Bumgarner did in 2014 again. It could be argued that Bumgarner is the most clutch athlete, in any sport, of the decade.

The Red Sox beat the Cardinals in the 2013 World Series, with David Ortiz winning World Series MVP and hitting 30 homers, with a .309 batting average, in the regular season. Boston would win a second championship in 2018, the year that Mookie Betts had a crazy season and won MVP.

The Cardinals, who won over the Rangers in a thrilling seven-game series in 2011, built a solid core over the years, with Adam Wainwright, Yadier Molina, and Matt Carpenter among the leaders. They fell one game short of winning 900 games for the decade.

Kansas City lost to Bumgarner in 2014, but went back to the Series in 2015 and beat the Mets in five. An impressive bullpen, headed by Wade Davis, and a deep cast of hitters — featuring Lorenzo Cain, Eric Hosmer, and Salvador Perez — drove their success.

It’s hard not to mention the 2016 Cubs if we’re talking about “significant teams.” They broke the curse, building a team around homegrown prospects that grew into stars under the guidance of manager Joe Maddon. They came back from a 3-1 deficit in the World Series against the Indians.

Let’s take a look at some other teams who made an impact (we’ll get to the Astros in a minute):

— The Yankees, as mentioned above, won more games than anyone else in the 2010s. They end the decade with an impressive, heavy-hitting core and a marquee free agent signing in Gerrit Cole. Considering they made the playoffs seven times and lost in the ALCS four times over the past 10 years, it’s reasonable to expect that we’ll see the Yankees back in the World Series sooner rather than later.

— Cleveland only managed to break through in the postseason once, in 2016, but they end the decade as the only team in the AL Central to win more than half their games in the 2010s. Terry Francona won two Manager of the Year awards, and interesting players like Corey Kluber and Francisco Lindor played big roles in their success.

— The Tigers went to a World Series with the Miguel Cabrera-Justin Verlander-Max Scherzer core, getting swept by the Giants in 2012. Cabrera was the definitive Best Player In the World until Mike Trout arrived on the scene, and he won a Triple Crown in 2012. Detroit finishes the decade in a deep rebuild, with Verlander and Scherzer off winning titles elsewhere.

— The Dodgers were the only team besides the Yankees to win 900 games in the decade, and they went to a pair of World Series in 2017 and 2018, losing both. Clayton Kershaw was arguably the second-best player of the decade, winning three Cy Young Awards and an NL MVP. They also produced two Rookie of the Year winners in a row, with Corey Seager in 2016 and Cody Bellinger in 2017. Bellinger won an MVP in 2019 as the Dodgers won 106 games.

— The Nationals saw Bryce Harper leave in free agency, but rode an astounding pitching staff to what once seemed like an unlikely title in 2019.

— The Blue Jays were part of some of the most exciting moments. Joey Bautista’s bat flip culminated an epic seventh inning against the Rangers in Game 5 of the 2015 ALDS. Their 2016 Wild-Card game win over the Orioles is also worth revisiting.

— The Pirates were exciting and fun for a three-year stretch from 2013 to 2015. They lost to the Cardinals in the 2013 NLDS and then got bulldozed by a couple of hot pitchers in Wild Card Games: Bumgarner in 2014 and Jake Arrieta in 2015. We’ll always have Andrew McCutchen’s MVP season, and of course the Cueto chant.

There were a lot more home runs. Expect that to continue. Teams are focusing on launch angle, because hitting it out of the park is the quickest and most efficient way to generate runs. The complaints that follow are reasonable: small-ball baseball is less important, and we see fewer exciting base-running and fielding plays because the ball just goes over everyone’s head. Pitchers complain about juiced balls.

Analytics are most prevalent in baseball, so there are numerous ways that statistics show up in the sport. Infield shifts are common practice. Relievers are highly specialized. The Rays have tried out the opener — using a relief pitcher to chew up the first couple of innings before giving way to a starter — to some success. Broadcasts cite analytics more than ever, and we use deeper stats, like wins above replacement and OPS, to evaluate players, rather than simple traditional metrics like batting average and ERA.

In terms of roster-building, the Astros seem to have set the blueprint for everyone, even if that blueprint is not always ideal (no one wants to lose a ton of games for multiple seasons) and may encompass cheating — the results of the sign-stealing controversy are still pending. Houston valued prospects as it built up from the bottom, collecting them by trading veterans and losing a ton of games in anticipation of eventually bringing those prospects up to the majors.

They lost so many games that despite being so successful in the latter part of the decade, winning over 100 games in each of the final three seasons, they finish the 2010s with a total record of 789-834, second to last in the AL West. They were the “Trust the Process” team of MLB, and it worked even better than the Philadelphia 76ers’ version.

A number of teams are now looking at rebuilds. The Orioles, Blue Jays, Royals, Tigers, Mariners, Marlins, White Sox, and Padres are in various stages of youth-fueled revamps, and we could see teams like the Pirates and Giants dive into similar processes. It will be fascinating to see how each team emerges, and what they do once they’ve made progress with their young guys. We know that young teams can be successful immediately — look at Juan Soto and the Nationals, and Ronald Acuña Jr. and the Braves.

Internal development is crucial. Hitting on cheap free agent signings and unexpected prospects — the way the Red Sox did with JD Martinez — is key to eventually growing into a contender. At some point you have to invest money in good players. Ask the notoriously cheap Pirates how not paying good players worked out for them.

Baseball wants to increase its relevance in today’s sports landscape. Part of that is increasing the pace of play, and by extension the viewing experience for potential fans. The league has done well with its “let the kids play” marketing; it has to introduce the potential of exciting, fast-moving plays from recognizable names.

MLB takes its share of deserved criticism for its advertising and outreach strategies. They blamed Mike Trout for not being more famous but there are elements out of their control that hurt them. Trout is on track to become the best baseball player of all time, and yet he does not play for a team that comes anywhere close to legitimate contention. If he plays in a World Series anytime soon, more people outside of baseball will know his name.

It would help the league if a true juggernaut emerged, a team with a wide variety of exciting, recognizable names that wins a lot of games and juices nationwide interest. That team could be the Yankees or Dodgers, but it might be even better if that team came from slightly smaller, though still relevant, standing. Trout’s Los Angeles Angels forming a dynasty, with sensation Shohei Ohtani included, would certainly be a positive for the league.

We also know that record-breakers draw attention, especially in baseball, where the sport’s rich history carries enduring relevance. The steroid era brought plenty of eyeballs. Trout has a more positive impact on winning than nearly anyone in baseball history, but he hasn’t hit 70 homers in a season. The easiest path to wider national recognition for baseball is wildly impressive and exciting dominance. It is hard for MLB to foster that itself.

There will always be plenty of core baseball fans. The sport is great to watch live, and the ballpark experience is hard to beat. MLB will continue to evolve.