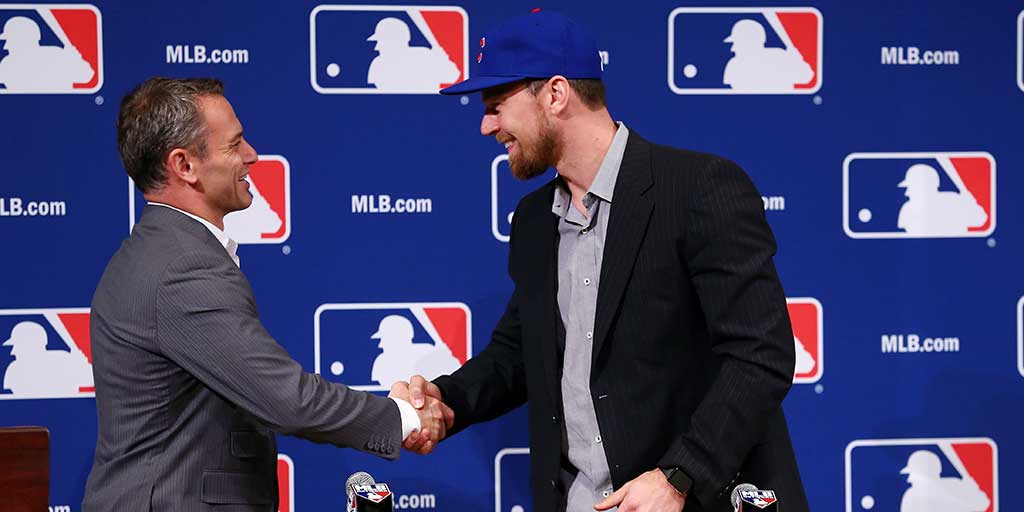 The 2015 edition of MLB’s Winter Meetings are in the books, and the thousands of people from within the baseball industry have fled the Opryland Resort in Nashville to head back home. This year’s Winter Meetings were tame compared to previous years – marquee free agents Zack Greinke and David Price signed before the meetings began, and no other top ten free agent came off the market. Also, blockbuster trades weren’t exactly pouring out of Tennessee – aside from the Shelby Miller deal, not many big name players changed locations.

But that doesn’t mean that the Winter Meetings still weren’t eventful. Plenty of players were signed, a few were traded, and even more are still in purgatory. Who were the winners and losers of this year’s Winter Meetings? Let’s take a look.

WINNERS
Atlanta Braves. The Braves cleaned up during the Winter Meetings. Atlanta sold high on Shelby Miller, acquiring Ender Inciarte, Aaron Blair, and 2015 #1 overall pick Dansby Swanson from the Diamondbacks in the deal. They also got rid of underwhelming former catcher of the future Christian Bethancourt during the Winter Meetings, dealing him to the Padres for Casey Kelly (the centerpiece of the Adrian Gonzalez trade five years ago, who has battled injuries since) and a lottery ticket catching prospect in Ricardo Rodriguez.

Just for the hell of it, the Braves added some depth to their bench in both Emilio Bonifacio and Tyler Flowers, a week after signing Gordon Beckham. In November, the Braves bolstered their bullpen with Jim Johnson and Bud Norris, brought back AJ Pierzynski to handle the catching duties, and unloaded both Cameron Maybin and Andrelton Simmons for prospects. We’re two weeks away from Christmas, and it’s looking like the Braves’ winter is just about over. All that’s really left is trying to unload the contracts of Michael Bourn and Nick Swisher, while maybe also flipping Inciarte and Erick Aybar for even more prospects.

Chicago Cubs. The Cubs left the Winter Meetings without Jason Heyward in their pocket, but on Friday, agreed to sign the multi-talented right fielder, turning their offseason from a solid series of moves into an unquestioned success. Their two other major moves came on Tuesday when they signed Ben Zobrist to a four-year, $56 million deal and traded Starlin Castro to the Yankees for Brendan Ryan and Adam Warren.

Chicago is in a better position going forward with the older, more productive, more versatile Zobrist on their roster over Castro, and Warren (along with Trevor Cahill, brought back on a one-year, $4.25 million deal) will help improve a bullpen that was leaky at points during the 2015 season. Throw in last Friday’s signing of John Lackey to give the Cubs a solid third starter behind Jake Arrieta and Jon Lester, and you’re looking at a team that set itself up for plenty more success in 2016.

Teams heavily invested in their bullpens during the Winter Meetings, and it’s not as if all of that money was going to “established closers”, either. It’ll be interesting to see if this trend continues in the future, or if teams will start looking back at these contracts and thinking their money would have been better invested elsewhere.

LOSERS
Aroldis Chapman. It goes without saying that Chapman didn’t have a good Winter Meetings. First, he was traded to the Dodgers. Then, he wasn’t traded to the Dodgers. Next, domestic violence allegations from October came to light, the Dodgers moved on from him, and Chapman became a toxic asset. Finally, the possibility of a suspension could end up delaying Chapman’s free agency by a year, which will end up costing him a decent bit of money and *could* also somehow make him a more valuable trade asset this offseason.

Gee, that’s a lot going on in one week for one player. One thing is for sure through all of this, though – Chapman’s 2016 season is going to end up being a chaotic mess in one way or another.

Los Angeles Dodgers. The Dodgers could probably be in the “unknown” category, because they’re the damn Dodgers and could spend $300 million on a pair of starting pitchers tomorrow. But Los Angeles is in a worse position today than they were a week ago, and that’s not really a question. Greinke signed with the division rival Diamondbacks, a transaction that will hurt the Dodgers in two ways by weakening them and strengthening Arizona. They also had the Chapman trade fall through on them, leaving them in a tough position to improve their bullpen as many of the better free agent middle relievers began to get snapped off of the market. Hisashi Iwakuma is a fine starter to slot in behind Clayton Kershaw in the team’s rotation, but he’s more of a #3 and nowhere near an adequate replacement for Greinke.

Finally, they brought Chase Utley back for one year and $7 million, despite his struggles last season. I’m not saying Dodgers fans should panic, but they really didn’t get much of anything accomplished this week. If they fail to add another high caliber starting pitcher, Dave Roberts’ first year at the helm of the team could be a trying one.

Outfielders. Justin Upton? Unsigned. Yoenis Cespedes? Unsigned. Alex Gordon? Unsigned. Chris Davis (who is kind of an outfielder, I guess)? Unsigned. Jason Heyward? Finally signed with the Cubs on Friday afternoon! The market for outfielders didn’t really materialize during the Winter Meetings, and the only outfielders to sign were Zobrist (who is more of an infielder at this point in his career) and Craig Gentry (who got a one-year, $1 million deal from the Angels). FEEL THE EXCITEMENT!

Furthermore, the usual big spenders don’t appear to be in the hunt for any of these guys, including the Mets, Phillies, Red Sox, and Yankees. Now that Heyward is off the market, the Angels, Cardinals, Nationals, and his other potential suitors can move on and attack the tier of free agent outfielders below Heyward in the pecking order. But who knows if any of these older, more flawed players will end up getting the mammoth contracts they so desire? 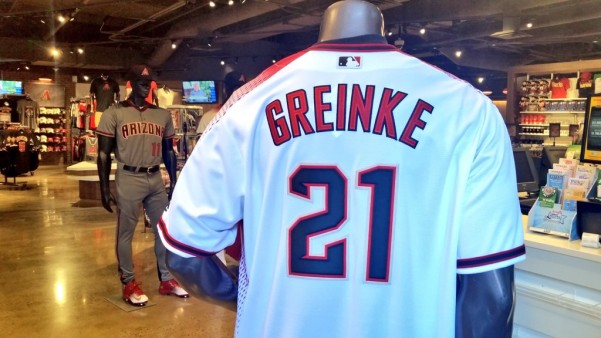 GENIUSES OR DISASTERS
Arizona Diamondbacks. Naturally, the Diamondbacks are going to consider their offseason a raging failure if they don’t win a World Series, or even a pennant, sometime over the next three seasons. They mortgaged a large part of their future by trading Dansby Swanson for Shelby Miller, and the Zack Greinke signing will likely start looking a bit overwhelming once the fourth of the six years on the contract comes along. Oddly enough, Arizona didn’t do much of anything this offseason aside from those two moves – their third-biggest transaction was dumping Jeremy Hellickson off onto the Phillies. Simply adding Greinke and Miller at the cost of a pair of prospects, Ender Inciarte, and a whole lot of money won’t turn Arizona into the NL West champions. They’re going to need to continue improving if they want to reach the Postseason in 2016 – especially if the Dodgers and Giants open up their wallets to improve as the offseason goes on.

Detroit Tigers. The Tigers finished last in the AL Central in 2015, and former GM Dave Dombrowski came under come scorn for trading Yoenis Cespedes, David Price, and Joakim Soria at the trade deadline. Al Avila replaced Dombrowski as general manager in August, and instead of embarking upon a rebuild this offseason, he began to steer the Tigers, for better or worse, towards hopes of contention. Detroit inked Jordan Zimmermann to a five-year, $110 million deal, firmed up the back of their rotation with Mike Pelfrey, acquired former Tiger farmhand Cameron Maybin to bolster the outfield, and improved the bullpen by signing Mark Lowe and acquiring both Francisco Rodriguez and Justin Wilson.

However, this is still a Tigers team whose three best offensive players (Miguel Cabrera, Ian Kinsler, and Vitor Martinez) and two best holdover starters (Anibal Sanchez, Justin Verlander) will be 32 or older once the season starts. The AL Central isn’t a cakewalk anymore with the reigning World Champion Royals, the pitching-rich Indians, and the young and plucky Twins, and it’s not a stretch to see how Avila’s plans of contending this year could put the Tigers in an awful position.

On paper, the Mariners are a better team. In practice, it remains to be seen whether or not Dipoto’s wheeling and dealing will move Seattle past fourth place in the AL West. On the bright side for the Mariners and their fans, Dipoto didn’t add a plethora of ugly contracts to the team’s ledger like Zduriencik did over the last two offseasons. On the other side of the coin, the Mariners still don’t look like that great of a team compared to the rest of the division. Will all of these pieces he acquired actually fit together and form a cohesive team that contends for a playoff spot? That’s still a giant question, but at least there’s a sense of intrigue about the Mariners this year.