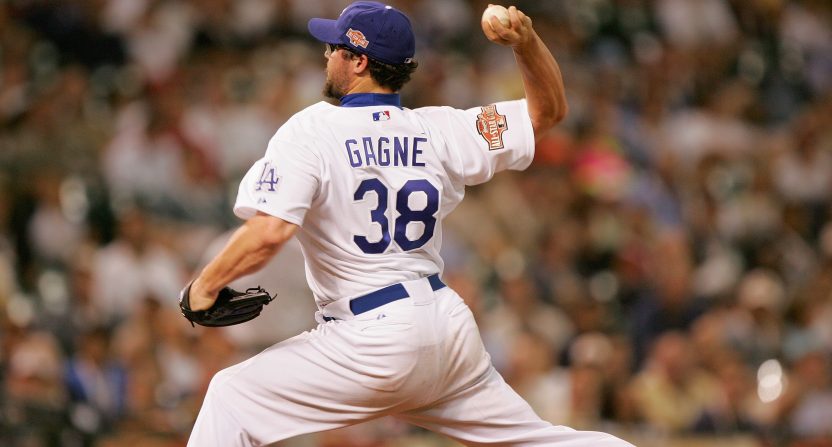 The World Baseball Classic is underway, and so far it has been a lot of fun. Team Israel began 3-0 to advance to the next pool, Cuba and Japan cruised as they typically do, the Dominican Republic looked unstoppable in a win over Canada and the United States won on a walk-off Friday.

One of the many pleasures of the WBC is checking in on players you once knew and loved whom you haven’t thought of in years and who would seem to have no place playing high-level baseball in 2017.

The tournament thus far has been full of those retreads, and we’re going to count down our six favorites.

In fact, Marquis, now 38, started two of Israel’s three games, totally four scoreless innings for the tournament’s surprising powerhouse. He’ll get another chance or two in the next round.

Fuld is a bright guy who could be doing any number of things in retirement, but instead he’s leading off and playing center field for Israel. So far in the tournament, he’s 4-for-16 with four singles.

Bruce Chen’s inclusion on Team China is shocking for a few reasons. For one thing, he’s almost 40 years old and was last seen posting a 12.79 in a very brief stint with Cleveland in 2015.

For another thing, he was born in Panama, grew up in Panama, was signed out of Panama and played for Panama in the 2006 and 2009 World Baseball Classic.

Chen threw 2 2/3 scoreless inning for China, which went 0-3 and was quickly bumped from the tournament.

Ryan Dempster, 39, last pitched in the Majors in 2013 and has since served as an adviser for the Chicago Cubs and an analyst for MLB Network. This month, he’s pitching on the very network he works for.

You have to imagine that though Dempster was honored to be named starting pitcher for Canada in the team’s first WBC game, he was not stoked to be facing a Dominican Republic lineup featuring Manny Machado, Robinson Cano, Adrian Beltre, Nelson Cruz and many 0ther stars. The resulting start—four runs in two innings—was about as good as you could have asked for.

Here’s a name you probably haven’t even thought about in years. Pineiro, who appeared in 335 games over a 12-year MLB career, last pitched in the Majors in 2011. Since then he has been toiling in the Minors, most recently in the Blue Jays’ system. He made news (sort of) in 2014 when he was suspended 50 games for testing positive for a PED.

Pineiro wanted to pitch in the WBC in 2009, but he was blocked by Cardinals management. Now 38, he’s finally getting his shot. Pineiro didn’t appear in Puerto Rico’s opening game but will likely get a shot later in the pool.

Eric Gagne was once the best closer in baseball. That was about 13 years ago.

Gagne’s career nosedived quickly after his Cy Young peak, and by 2009 he was pitching in independent ball. After a stint in ’09 with Les Capitales de Quebec of the Canadian-American Association, Gagne spent five years out of baseball, reemerging to throw 4 1/3 innings for the Trois-Rivieres Aigles in 2015.

Now, at age 41, he’s on Team Canada, perhaps angling for attention from an MLB organization. The craziest thing about Gagne’s participation in the WBC is that he’s been involved in the event before: as a coach for Team France at qualifiers for the 2013 tournament. He later served as manager of the French national team.

Gagne made his WBC debut Saturday against Colombia, entering with the bases loaded in the sixth inning. He walked in a run, then induced a pop-up to get out of the inning, before setting down the opposing team 1-2-3 in the seventh and eighth. The radar gun read 94.