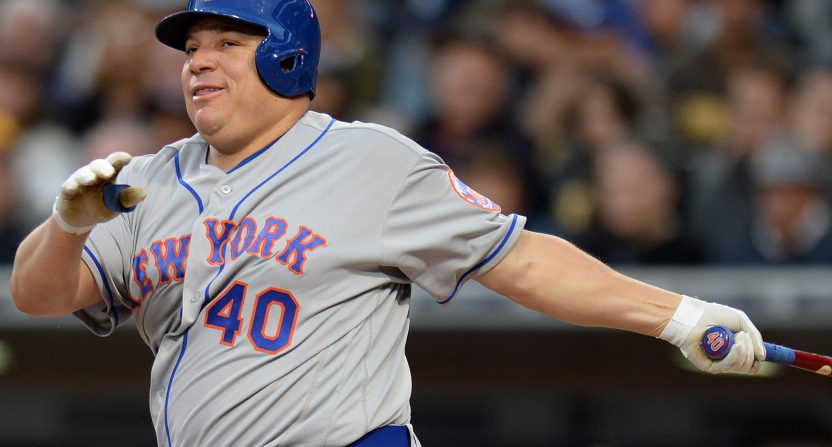 Major League Baseball’s agreement for a shortened 2020 season includes the implementation of the Designated Hitter rule in the National League. While there’s a chance that we’ll see one last DH-less season in 2021, the CBA negotiations looming afterward seem likely to get rid of pitcher plate appearances forever.

It will be a sad day. The NL has played without a DH for its entire 144-year history, and since the DH’s AL arrival in 1973, MLB has enjoyed the charming dynamic of its two leagues employing different rules. It was weird, and there’s a reasonable argument that it was nonsensical, but it was a unique paradox. Interleague games presented interesting strategic choices. MLB was the only major league with this drastic of a difference between sections of its sport.

For fear of sounding overly traditionalistic and disingenuous, there was a certain purity to NL games. It was baseball as it was originally meant to be played: every player bats, with no created position to boost hitting. Pitchers batted ninth (or eighth, occasionally, if you’re Joe Maddon). One-dimensional sluggers had to learn to overcome their defensive deficiencies or be content with a pinch-hitting role.

Perhaps this purity is a remnant of a bygone era, carrying more negatives than positives. You don’t have to tell me all the stats say how bad pitchers are at hitting, and how much DHs add to offense. But there’s something to that purity, even when functionality appears to overrule. There’s something to an imperfect system.

It’s not traditionalism, or a devotion to an antiquated approach, that should drive arguments to let pitchers bat. Baseball with a universal DH will feel more mechanical, more impersonal. It will be a departure from the way the game has always been, and while that’s not an inherently bad thing, change is fraught. The DH position is forced. It is less a natural evolution than it is an unnatural addition to prop up run-scoring.

There’s extra strategic intrigue in games that don’t have a DH. Decisions surrounding pinch-hitting and bullpen operation made managing in the NL harder than managing in the AL. It’s fascinating when a manager faces a decision on whether to trust his starting pitcher to bat later in games, keeping him on the mound, or to bite the bullet and pinch-hit, trusting the bullpen.

Think of an early-game scenario where the home team has taken a four-run lead. Say that in the third-inning, the away team loads the bases, a crucial chance to get back in the game, only to have the pitcher’s spot up. Should they pull the starter (who has already been shaky) and try to get a pinch-hitter to drive in some runs? Or should they let the starter bat and save the bullpen from seven innings of work?

There are late-game bullpen scenarios that can cause strategic headaches for managers. Maybe a manager wants to match a left-handed reliever with a lefty batter with two outs in an inning, but the pitcher’s spot is up in the next inning and it wouldn’t be ideal to use that reliever on only one batter. The bullpen is tight and extra innings are possible. Do you risk it to get the lefty out, or do you save your reliever for the next inning?

These are interesting dilemmas and they go away with the DH. Bullpen decisions will always be there, but the presence of the pitcher’s spot throws everyone a curveball and adds complex angles to the problem. These angles are the fun part of sports.

Double switches will surely be less common. Sacrifice bunts are on a path to near extinction. Analytics are changing the way we play and think about baseball, and while it’s good that teams and players are maximizing their abilities, some of these changes aren’t making the game more enjoyable. The increase in “three true outcome” plate appearances (walks, strikeouts, and home runs), and the emphasis on launch-angle and the value of homers, is aesthetically detrimental.

These changes don’t make me less likely to watch baseball, but I’d prefer to see runs generated through more traditional means. Batting the ball around the field, and forcing players to play defense, is the most entertaining part about baseball. Manufacturing runs and the strategy that comes with it provides intrigue and excitement. Sac bunts are analytically dubious, but I’ll respect managers who employ them, even if they go against common wisdom. I want stolen bases and pinch-runners to live on (we won’t forget you, 2014-15 Kansas City Royals!).

Losing the chance to watch pitchers hit contributes to this new direction. Pitchers provided much of the sac bunts that still remained. Most of the league’s DHs are power guys who are minuses with the glove. The dilemmas that went into dealing with the pitcher’s spot pushed back against the increasing strategic uniformity and near-monotony of MLB decision-making.

Baseball is still baseball, and there are beneficial elements to a universal DH: more hitting, of course, and the loss of the black hole that was the pitcher’s spot. Every spot in the order will feature a competent hitter, and there’s something to be said for that. But wasn’t it fun watching pitchers do something that for most of them was far out of their comfort zone? People say hitting a baseball is the hardest thing in sports. Whether or not that’s true, pitchers made a good case for it every time they batted.

The flailing strikeouts of hapless pitchers were a uniquely human experience in professional sports. We’re used to specialists. We have enough of them as it stands. Forcing pitchers to hit was a reminder of how talented you have to be to perform these tasks. A professional doing something they’re not really a professional at is undeniably enticing, and a rarity in a homogenized sports world. It’s reasonable to be bored of the incompetence, but the excitement of good-hitting pitchers (Madison Bumgarner, Zack Greinke) goes far to overcome that boredom. It’s even more exciting when a bad-hitting pitcher pulls off a miracle: “Bartolo has done it! The impossible has happened!”

Not having a DH made this possible. It was a pleasantly imperfect system. I’ll be sad to see it go.