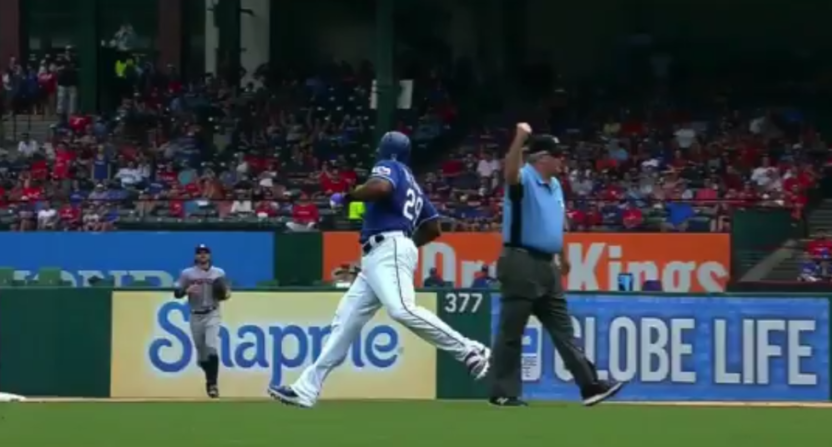 “Baselines? Where we’re going, we don’t need baselines.” Texas Rangers’ third baseman Adrian Beltre has long been a bit unconventional, whether it comes to avoiding head rubs or Gatorade baths or moving the on-deck circle, but it’s not quite so easy to avoid a tag on the basepaths. Beltre tried to do so Sunday against the Houston Astros by running way off of the baseline during a rundown and heading towards the pitcher’s mound, but he was called out anyway.

Good job, good effort. And hey, avoiding the tag was worth a try. But Beltre was so far off here that it wasn’t even close, and he made this probably the easiest call of the day for that umpire. Here’s another look at the whole rundown:

And a screencap of Beltre running towards the mound: 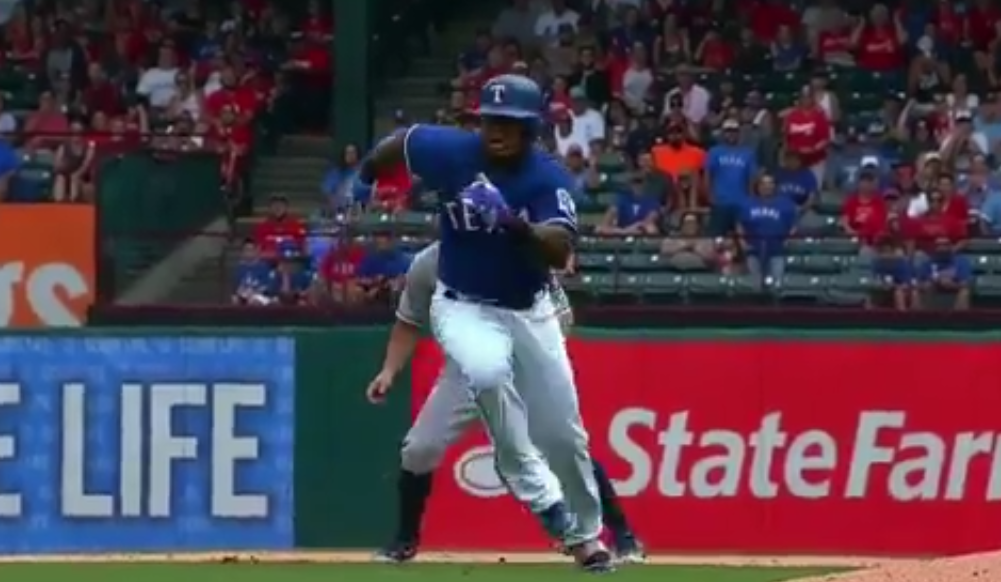 At least this produced something different than what we usually see. But it didn’t help the Rangers in the end; they wound up falling 2-1. Beltre did account for that run with an earlier solo shot, though:

TIED UP, VIA THE #BELTREBLAST!

So, a home run and a crazy highlight, but not together. That’s not a bad day, all things considered.