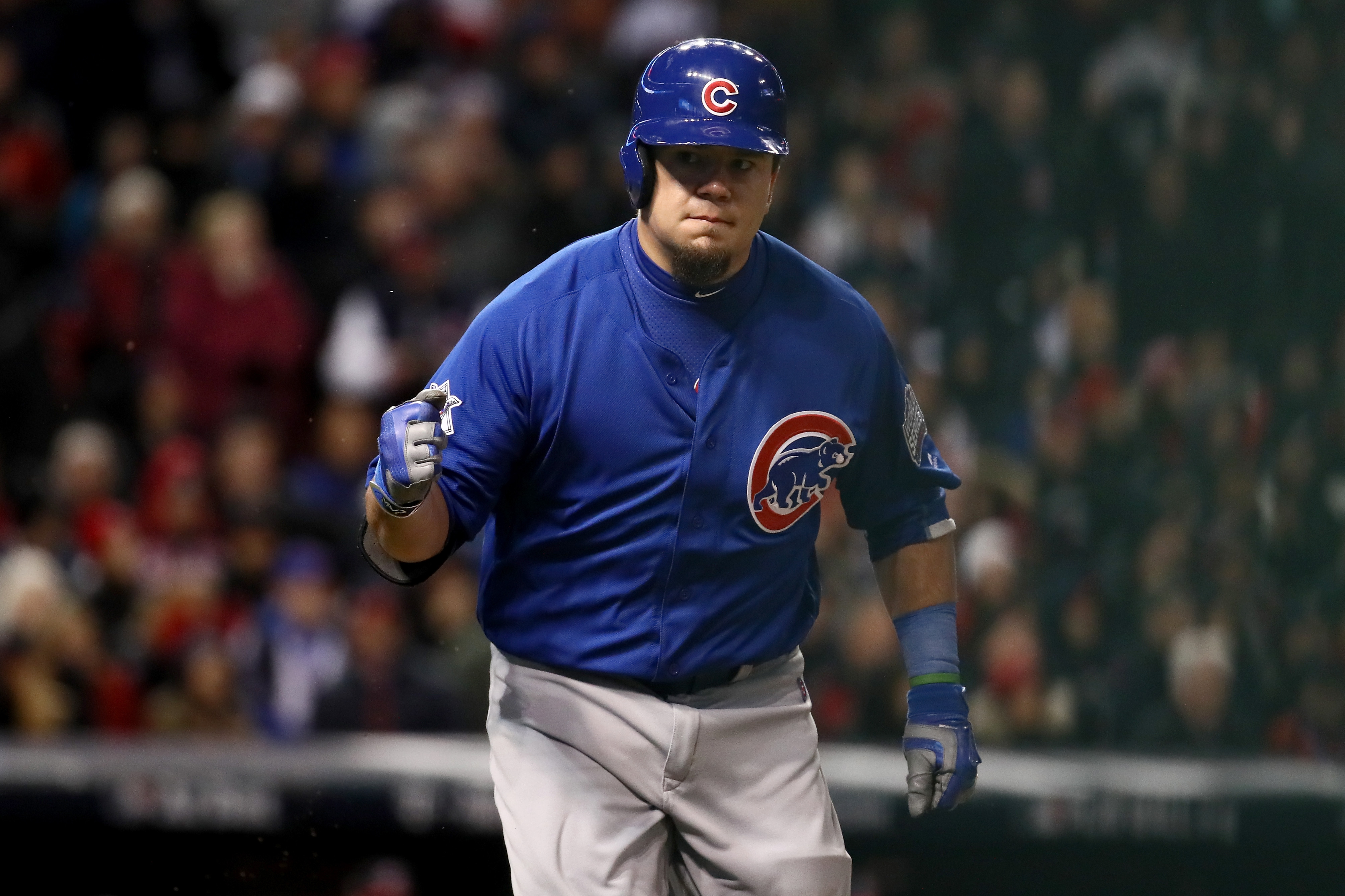 Kyle Schwarber did not play in the Major Leagues between April 7 and October 25, as he rehabbed a knee injury that was supposed to end his season. Then, in World Series Game 1, he batted fifth as the DH, smacked a double and worked a walk in a Cubs loss to the Indians. That set the stage for Game 2 Wednesday, when Schwarber played hero in the franchise’s first World Series victory since 1945.

When the Cubs announced that Schwarber would make the World Series roster and DH in the first two games in Cleveland, most observers were skeptical. Over six and a half months, the guy’s entire game experience consisted of two Arizona Fall League games, in which he went 0-for-6. Schwarber was supposed to be as rusty as a bike left out in a hurricane. What would happen if his timing was off and he struck out four times in Game 1? Would he be stuck to the bench the rest of the series?

It didn’t matter because instead he’s been the Cubs’ best hitter.

Kyle Schwarber: first with multiple #WorldSeries hits after not having any hits during the regular season since Chad Ogea (#Indians) 1997

#Cubs Kyle Schwarber has a career 1.274 OPS in the #postseason. Highest in baseball history among player with at least 40 plate appearances.

It is impossible to overstate the insanity of what Kyle Schwarber is doing. Because it's literally the first time anyone has done it.

Two days ago, Kyle Schwarber was playing for the Mesa Solar Sox in front of about 100 people at the Arizona Fall League. @MLB

Now the series returns to Chicago, and although some people—most notably Fox play-by-play man Joe Buck, based on his in-game comments—are speculating about Schwarber playing the field, that almost certainly shouldn’t happen. He’s a shoddy defender under the best of circumstances, and given that he can barely run, these are far from the best of circumstances. In a single game, Schwarber is not so much better at the plate than whomever he would replace (likely the Cubs’ rotating cast of right-fielders) to make it worth severely sacrificing on defense. As of now, Schwarber has not even been medically cleared to play the field, and you’d hate to see him hurt himself hobbling around the outfield.

But even if we don’t see much of Schwarber until the series (potentially) returns to Cleveland for Game 6, he’s already been an incredible story. On the Fox postgame show after the Cubs’ win, Kevin Burkhardt compared him to Willie Reed, Pete Rose called him Superman and Alex Rodriguez declared him “their most dangerous, and their best hitter.”  This is a 23-year-old with less than a year of big-league experience coming back from a should-have-been-season-ending injury to lead his team to its first World Series win in seven decades.

October stories don’t get too much better than that.