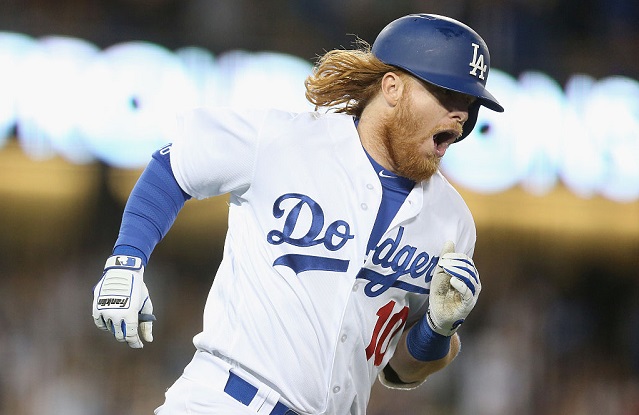 June 30 was supposed to be the Los Angeles Dodgers’ death knell in 2016. That was when the team placed the best pitcher on the planet, Clayton Kershaw, on the disabled list. Kershaw had herniated a disc in his back and there was no clear timetable for his return.

The Dodgers were a respectable 44-37 (six games behind the San Francisco Giants in the NL West), but only because Kershaw willed them to be. When he took the mound, they were 14-2. Whenever any other pitcher started, they were a dismal 30-35. Simply put, Kershaw made the Dodgers a playoff contender. On June 30, they had a 1.5 game lead for the NL’s first wild card spot. Without him toeing the rubber every fifth day, however, they would be lucky to stay above .500.

If Kershaw could come back quickly, then maybe the Dodgers could tread water in the wild card race until his return. But the lack of a timetable made it all too clear a speedy recovery was little more than a pipe dream.

With the overwhelming team MVP sidelined for a month or maybe more, the Dodgers seemed destined to implode. Their middling pitching staff and floundering offense were a one-way ticket to the National League cellar, and the franchise’s three-year postseason streak was in real jeopardy.

Then a funny thing happened, the Dodgers started winning — a lot.

The Dodgers fell to the Tampa Bay Rays on Wednesday, 3-1, but they are still 15-9 since Kershaw hit the DL and only 2.5 games back of the Giants for the NL West crown. Los Angeles lost the MLB leader in WAR and somehow got better, defying any rational baseball fan’s expectations in the process.

So how did they do it? Well, the offense went from moribund to electric and the pitching staff has stepped up to account for their ace’s extended absence. Quite simply, once Kershaw went down, everyone else started playing better.

Prior to June 26, the date of Kershaw’s last start, the Dodgers were hitting an abysmal .238 and only scoring 4.1 runs per game. Since then, the Dodgers’ are batting .273 and scoring nearly a run per game more than before his injury. In the last four weeks, the Marlins are the only NL team hitting for a higher average and no NL team is getting on base more.

This massive uptick in offense is a team-wide effort and Corey Seager going from good to spectacular certainly helps. However, third baseman Justin Turner and left fielder Howie Kendrick, two veterans emerging from terrible, early-season slumps, are two of the biggest leaders in this charge.

Turner’s stat line on June 26 was showing signs of improvement from a disastrous start, but it was still a far cry from his impressive 2014 and 2015 campaigns. The 31-year-old was hitting just .250 and only had 11 home runs and 37 RBI to his name. Kendrick was hardly faring better with a .243 batting average, just three home runs and 16 RBI.

Since then, both have swung some of the hottest bats in the National League.

Turner is second in RBI, tied for fifth in home runs and runs scored, and has the fourth-most hits during that span. Meanwhile, Kendrick, on top of compiling a nifty 16-game hitting streak, leads the league in doubles and is third in hits. Turner will blow by his previous career highs in home runs, RBI and runs, and Kendrick is now close to his consistent and perennially underrated career batting line.

A career second baseman, Kendrick should also be commended on his flexibility on defense this season. He has now settled into a brand new position in left field after getting yanked around the diamond for the first couple months of the season. Manager Dave Roberts tried the 33-year-old at second, third, and first before eventually settling on left field.

While the Dodgers’ pitching has taken a step back in Kershaw’s absence, the staff has been doing an admirable job of holding steady in his absence nonetheless. Los Angeles’ team ERA has slipped slightly since his last start, from 3.44 prior to June 26 to 3.62 after, but it has not dipped in the manner you would expect it to when replacing a 1.79 ERA with a combination of Bud Norris and a 19-year-old rookie.

Brandon McCarthy returning from the DL on July 3 and posting a 2.39 ERA over five starts was a big boost, as was Scott Kazmir recording a 3.81 ERA in five Los Angeles victories since the Kershaw injury. Still, rookies Kenta Maeda and the aforementioned Julio Urias more or less holding steady alongside the recently acquired Norris have been almost equally important to the team’s success. When the offense is clicking on a league-leading level, all the Dodgers need is a competent effort from their starters to remain competitive. The bullpen has demonstrated all year long it is capable of holding leads, it just needs one to protect.

The setback in Kershaw’s recovery is still worrisome, but it suddenly seems like a hurdle the club can overcome. Plus, if the club is serious about making a major move for an ace like Chris Sale or Chris Archer at the July 31 trade deadline, its biggest question mark is instantly answered.

Thanks to the Giants’ recent backslide, the NL West pennant race is once again compelling. As of today, the Dodgers sit just 2.5 games back of the division lead. If Kershaw can return in time for the stretch run, Los Angeles could pretty easily claim its fourth straight NL West crown.

This current streak has a long way to go before it matches the Dodgers’ remarkable 2013 second half, but the club doing even this much without Kershaw is an incredible feat all its own.

Let us not forget this is still an #EvenYear. So in a few months, we’ll probably look back at this futile attempt to dethrone the predestined World Series champs and laugh. Still, the Giants certainly do look vulnerable, and a healthy Dodgers squad could be the team that finally ends their charmed run.

After all, if this last month of Dodgers baseball has taught us anything, it’s that even the seemingly predestined means nothing when its actually time to play the game.