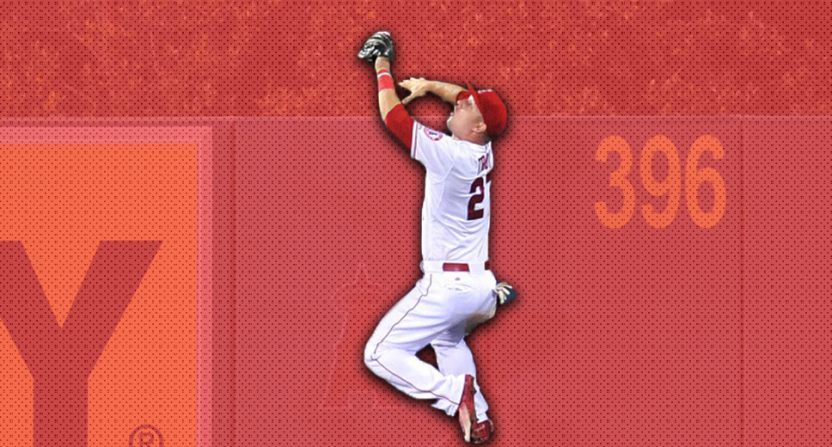 It’s hard to find many groups of people more apt to complain than baseball fans. The game is too slow and long, we say. There are too many home runs and strikeouts, we grouse. The league doesn’t market its players, we lament.

But ultimately, baseball fans are baseball fans for a reason, and no matter how much we complain, the sport gives up plenty to love. With that in mind, and in hopes of injecting some positivity into the baseball conversation, we asked our writers what they liked most about baseball. Here are their responses:

Matt Clapp: Can I say “Everything”? Well, everything but bunts, and human umpires calling balls and strikes.

The day-to-dayness of the game — you can have a terrible loss and wipe away that feeling with a nice win in the next 24 hours. It also gives you something to constantly follow for half the year.

And the good vibes it brings about summer, the nostalgia of childhood on a beautiful summer day.

It’s cheesy, but Brad Pitt (as Billy Beane) summarized it in Moneyball: “How can you not be romantic about baseball?”

Joe Lucia: What do I like about baseball? That’s easy — relaxing. When I’m watching a game at home, I’m decompressing and not stressing (unless, well, it’s October and the Braves are suddenly competitive again). When I’m at the park, I’m in my own little world, watching the game, enjoying the weather, and delighting in a frosty beverage or two. For as much as I love writing about the game, diving into stats, and obsessing over trade rumors, there’s nothing better than actually watching a game without a care in the world.

Andrew Bucholtz: My favorite thing about baseball is incredible outfield plays. Whether it’s climbing a wall to rob a sure home run, charging and laying out for a shallow line drive, or gunning down a runner with a perfect throw to the plate, great defensive plays in the outfield have always been the part of the game that brings me the most joy. A great outfield play often brings together a whole lot of elements; planning (pre-pitch alignment), reaction (how fast you move when ball hits bat), judgement (tracking a ball correctly and figuring out how to be where it’s going) and athleticism (actually getting there and making the play). And the “No no no no no no YES!” reaction from something that looks like a sure hit falling into an outfielder’s glove is just fantastic.

Alex Putterman: What makes baseball special to me is its truly unique blend of left-brain and right-brain pleasures.

On one hand, no other sports allows fans to come so close to objective, statistical truth. Because the pitcher-batter matchup occurs largely (though not entirely) in a vacuum, mostly free of outside variables, baseball statistics require less context than those in other sports. A running back’s yardage depends heavily on his offensive line. A point guard’s assists total depends heavily on how well his teammates convert. But a clean-up hitter’s slugging percentage hinges primarily on how well he hits the ball. That’s why baseball has been the forerunner of the sports analytics movement and why so many people who see the world through a statistical lens (including myself) are attracted to the game.

But at the same time, baseball often feels almost poetic in a way that other sports don’t. There’s something special about kicking back during the summer and enjoying a baseball game, especially in person but also on television. For all the (often justified) talk about MLB contests moving too slowly, a leisurely pace is part of the sport’s magic. In the way that some other sports bring adrenaline and dopamine, baseball at its best functions almost as a relaxing agent. It floats along, with bursts of action but also periods of slow build.

I don’t pretend that baseball is unequivocally the best sport. If you prefer basketball, football, soccer, hockey, lacrosse, golf or tennis, more power to you. But with its statistical element balanced against its whimsical one, it will always be my favorite.