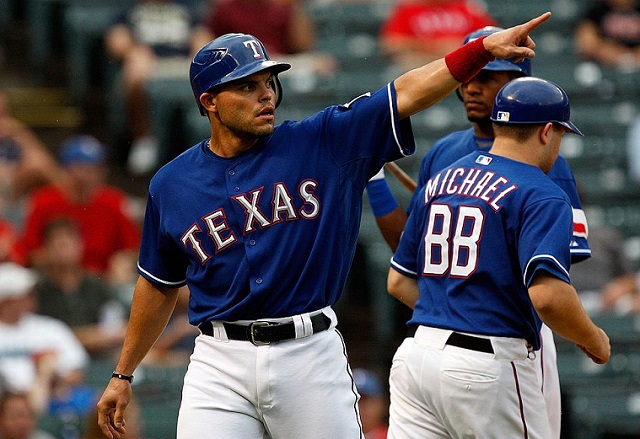 Now that we know Ken Griffey, Jr. and Mike Piazza have officially been immortalized, we have a pretty clear view of the 2017 ballot for the Baseball Hall of Fame. Now removed are Alan Trammell (after a 15-year run that never saw him above the 40.9% voting total he received this year) and Mark McGwire (he only got 10 years after the rule change and never finished higher than 23.7% in 2010) as well as seven first-timers who didn’t receive a vote between them. The only other player beyond his first year to drop off was Nomar Garciaparra, and four of the other five first-timers to fall off had just eight votes between them.

If there was any real Hall of Fame quality player lost from this group, it was Jim Edmonds who had a JAWS score of 51.4 (higher than eight who received more votes, including Mike Piazza), won eight Gold Gloves and went to four All-Star games.

Of those remaining, 16 players will move on from the 2016 ballot to 2017, including a whole slew of tainted players that includes Barry Bonds, Roger Clemens and Sammy Sosa. Two players getting into the Hall this year, particularly because one had some steroid use allegations, should help the cause of these players. Another great help in getting some of this questionable group into the Hall has already happened when the Hall of Fame purged about 100 voters who did not deserve the honor that the vote entails.

The list above shows the top 10 vote-earners who didn’t get in during 2016, but will still be on the ballot for 2017. By removing some voters (and adding some new ones), many players have made tremendous gains over the previous seasons, particularly Jeff Bagwell, Tim Raines, Curt Schilling, Edgar Martinez and Mike Mussina. According to BBHOFTracker, Bagwell received 88.9%, Mussina 88.9% and Raines 100% among the known new voters, while Martinez gained the most from existing voters, adding 44 who didn’t vote for him the year before.

All the players above have a strong Hall of Fame case and legitimately, nine could end up getting in. (Smith would need a miracle in his final year of eligibility.) Considering that Trammell added 15% in his final year, it wouldn’t be surprising at all to see Raines pick up the needed six percent in his last year on the ballot. If no new athletes were added to the ballot, I would expect Bagwell and Raines to get in next year, Hoffman to be very close and each of the next five players to gain about 10%. Of course, there will be new eligible players and a couple extremely qualified ones.

While 21 new players are expected to be added next year, there are three who look deserving of enshrinement, three or four who deserve to at least remain on the ballot for a year or two, and at least 13 who should be one and done. Just like Randy Johnson, Pedro Martinez and John Smoltz last year and Griffey in 2016, there will likely be at least one first-ballot Hall of Famer who surpasses the vote totals of anyone left off this year. Two solid candidates for first-ballot status stand out, along with one new eligible player that will just add more controversy.

Vladmir Guerrero certainly deserves some recognition for his incredible 16-year career that included 449 home runs, eight Silver Sluggers, an MVP award and votes for MVP in 17 of his 21 major league seasons.

In addition, Pudge Rodriguez will be on the ballot the first time and has an even more impressive resume than Guerrero. In 21 years, Rodriguez went to 14 All-Star games, won 13 Gold Gloves (including 10 in a row), seven Silver Sluggers and the 1999 AL MVP award. While he has faced allegations of PED use, particularly from former teammate Jose Canseco, Rodriguez is in a similar situation to Piazza where he never failed a test and concrete evidence and the voters will likely look beyond any changes in weight over the years.

The final Hall of Fame worthy player is the first-ever on the ballot to fail a PED test and still have a chance at the Hall: Manny Ramirez. Rafael Palmeiro also failed a test, but didn’t have the career of Ramirez and was off the ballot in four years. Even more so than Rodriguez and Guerrero, Ramirez passes the original Hall barriers of 500 home runs and a .300 average, while also knocking in 1,831 runs to rank 18th in baseball history.

Based on the treatment of players who never failed a test, like Bonds and Clemens, there is almost no chance that Ramirez will make it in on his first ballot, although he could take votes away from players like Larry Walker, Jeff Kent, Gary Sheffield and Sammy Sosa who don’t have the numbers of Ramirez and (besides Kent) have had their own allegations.

In all, it appears that 2017 could be another big class in Cooperstown with as many as four or five players making it (Guerrero, Rodriguez, Bagwell, Raines and Hoffman all possibilities), continuing the streak of at least two being elected each year since no one was elected in 2013. While this may not seem like many — considering that in 12 of the previous 22 years one or no players were selected, and at no point in that stretch were more than two selected — it is a huge uptick. Given the amount of talent still eligible, those being added in 2017 with Jim Thome and Chipper Jones among others popping on for 2018, we could see this trend continue for quite some time.