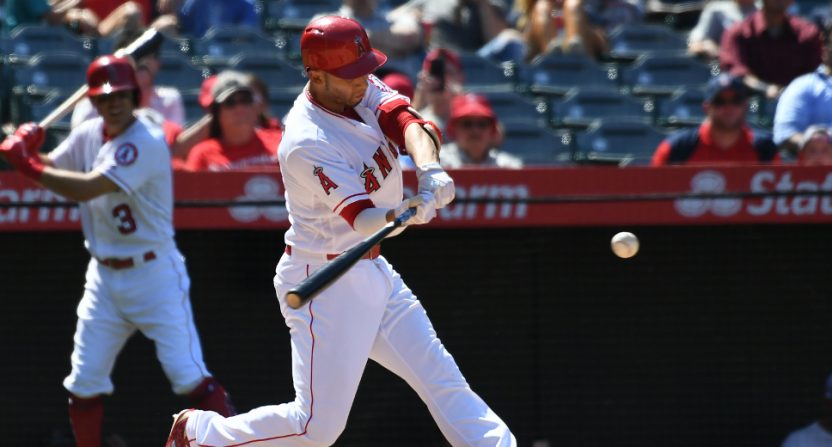 On some days, Major League Baseball players display stunning spatial awareness, feats of athleticism and more that make it clear they’re playing the game at a level far beyond what you might see from kids at a community diamond. And on other days, the kids might have handled particular plays better. The latter was in evidence in Anaheim Thursday in the Angels’ game against the Chicago White Sox, where Angels’ shortstop Andrelton Simmons hit a ball to center field that was completely misplayed by Avisaíl García. That led to Simmons winding up on third and two runs scoring, and Simmons himself then scored after a relay throw to home from shortstop Tim Anderson went horribly wrong, leading to the commentators describing this as a “Little League home run”:

Yeah, that’s not great defense. Let’s go to the diagram:

The White Sox defense was a bit of a mess on this Andrelton Simmons Little League HR. pic.twitter.com/16aaea1Arh

Amazingly, this was somehow scored as a triple with a throwing error home, letting Garcia off the hook for his own fielding error. But Anderson’s throw was too bad for it to be scored anything but an error.

It’s been a rough couple of days for the White Sox. They won the first two games of the series in Anaheim Monday and Tuesday, but lost 11-3 Wednesday night and are currently down 9-5 in the top of the eighth. And a loss here would add to their overall struggles this year, as they were just 36-65 heading into this one. They’ll need to improve their defense a little bit if they want to get better results. Maybe there are some Little Leaguers out there who could offer a few tips…