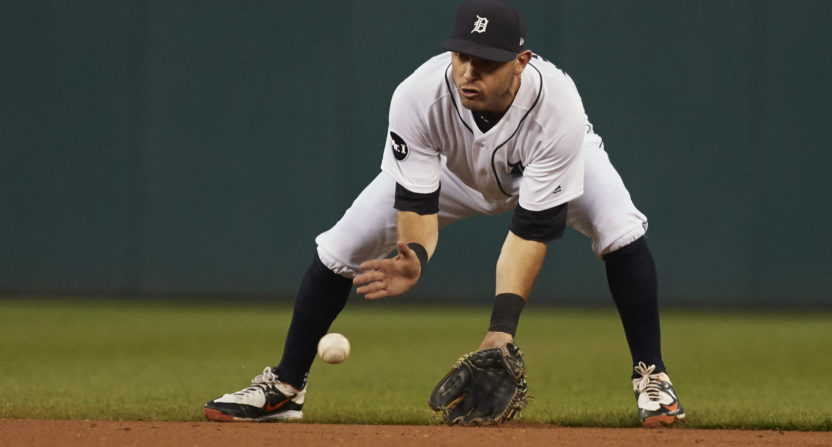 In 2017, Los Angeles’ Angels second baseman were awful. Danny Espinosa was one of the league’s worst hitters, Kaleb Cowart and Cliff Pennington were nearly as punchless, and a trade for Brandon Phillips didn’t much improve the situation. Overall, Angels second basemen batted .207 (28th in MLB), with a .274 on-base percentage (29th) and a .318 slugging percentage (30th). Altogether, those numbers added up to a 60 wRC+ (tied for 30th), meaning Angels second basemen were 40 percent worse than league-average offense.

And so general manager Billy Eppler dipped back into the trade pool, grabbing second baseman Ian Kinsler in exchange for two minor-leaguers. In doing so, he substantially improved his team’s playoff hopes without giving up anything he’ll miss in the short-term.

Kinsler is chronically underrated thanks to his high on-base percentages, doubles power and sneaky-good defense. At his best, he was one of baseball’s top second basemen, whether or not the average fan noticed it. That said, the 35-year-old is coming off probably his worst year yet, in which he hit .236/.313/.412 for a career-low 91 wRC+. It was a sharp decline from a 2016 season — .288/.348/.484 — that ranked as one of his best. Kinsler has probably played in his last All-Star game.

Luckily for the Angels, they don’t need Kinsler to be any sort of star. Given how bad Halos second baseman were in 2017, mere competence from the veteran will represent a substantial improvement. Even in a down year, Kinsler was worth 2.4 wins above replacement in 2017, per FanGraphs, while Angels second basemen were collectively worth -0.3. That means if Kinsler simply repeats his mediocre performance from last season, the Angels stand to gain three wins, which could make a masive difference in the playoff hunt.

This trade is the Angels’ third major move this season and the third that seems to substantially improve the team’s postseason chances. Extending Justin Upton solidified a left-field position that had been a years-long weakness, and signing Shohei Ohtani gave Eppler a potential superstar cornerstone to bolster the rotation and, maybe, the offense as well. Now, the Angels are reportedly interested in adding a third baseman, maybe Chase Headley or Todd Frazier, as well as a starting pitcher, such as CC Sabathia.

Suddenly, the Angels’ lineup has few holes with Mike Trout, Kole Calhoun, Upton, Ohtani and Kinsler forming a solid nucleus and Martin Maldonado providing Gold-Glove defense behind the plate. The team’s pitching staff still needs work, but the new additions (and any others to come) should have Los Angeles squarely in the AL wild-card race.