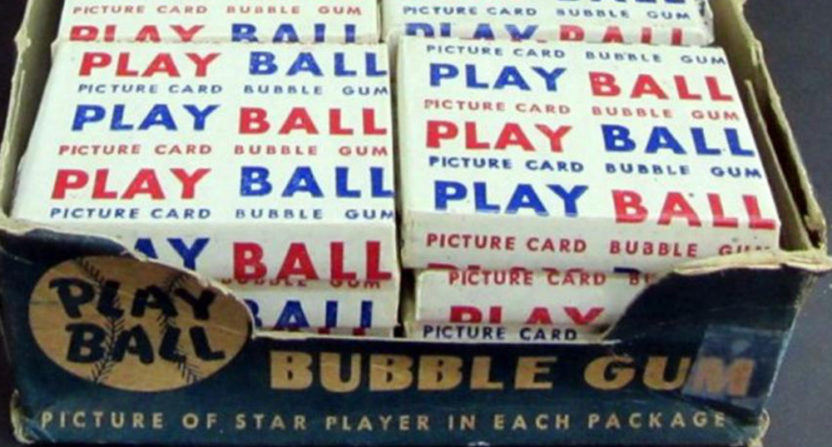 Is it just me, or do stories of untold riches in sports cards turning up in an attic seem to happen all the time? But even though they do happen a lot, they’re still amazing every time.

Typically, it’s just a Honus Wagner card in mint condition or a rare Michael Jordan rookie card with the Chicago Bulls. But every once in a while, one of these card fortune stories emerges and it’s not one or two cards, but dozens.

This week, a story came out in Forbes about one lucky future millionaire who didn’t find just dozens, but instead hundreds of old and highly valuable cards in her attic.

Brian Drent is the president of Mile High Card Company in Colorado. Recently, he received a phone call from a man who said simply this according to Forbes:

“Hello, I have some unopened full boxes and almost full boxes from the 1950s and 1960s that I am considering for your auction.”

Well, one thing led to another, and Drent learned that one box contained 19 of 24 unopened 1948 packs of Bowman baseball cards, worth around $500,000.

The treasure didn’t stop there either. Also included were boxes of 1960s and Fleer football cards, a 1959 Fleer Ted Williams, 1961 Fleer Basketball cards, and so many more.

The man who called Drent said they were found not in his attic, but in the attic of his 90-year-old aunt in Tennessee whose husband recently passed away. For over 50 years, the husband kept untouched and still-wrapped cards in a beer box in the attic.

The 1948 Bowman baseball cards were the last piece of the collection shared by the man over the phone, according to Drent:

Drent said that’s the golden ticket of the collection.

The thing about sports cards is to truly place a value on them they need to be carefully examined by someone who is qualified to put a value on them in person. This whole process is detailed in the 30 for 30 short about the famous Honus Wagner card.

Drent knew this was the case and also knew he had to see the collection as quickly as possible, so naturally he bought a plane ticket to Tennessee at 7:30 AM the morning after he first got the phone call. The next day he was in the house looking over $500,000 worth of 1948 Bowman cards and around $1 million in rare cards overall.

Here’s a little more information on the 1948 Bowman cards from Forbes:

“The nine boxes were laid out on a table covered in white linen. Drent instantly gravitated toward the 1948 Bowman baseball.  From all indications, no one in the modern hobby had ever seen a box or unopened pack from that set. One exuberant seller on eBay has just a wrapper with “obvious and significant wear”and is asking $3,999!”

“The 1948 Bowman little-big set was the first mainstream issue since 1941 due to the World War II paper shortage. Nine Hall of Famers are sprinkled throughout, including the rookie cards of Stan Musial, Yogi Berra, Ralph Kiner, Phil Rizzuto, Warren Spahn, and Red Schoendienst.”

“It’s in the state of absolute perfection and the unknown,” Drent told Forbes. “And the complete rarity of the packs. Why didn’t they ever get opened? How is that possible after 70, make that 69, years? “

The Bowman cards and the rest of the collection will be sold at auction on June 15th by Mile High and whoever buys the cards will get to decide whether or not to open the cards for the first time since they were packaged back in 1948. Of course, Mile High Card Company won’t open them up before the action because the fact that they’re in the original wrapping adds value.

Mile High Card Company has more information about the auction on their website.