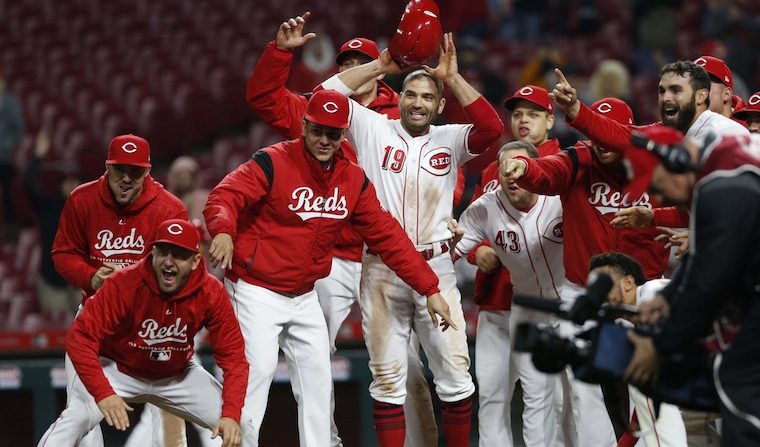 In America’s most historic sport, the Cincinnati Reds are baseball’s most historic team. They trace their roots back to 1869 and are one of the most prominent franchises in all of major-league sports. The Reds are a member of baseball’s blue bloods, along with the New York Yankees, St. Louis Cardinals and the Boston Red Sox.

Well, at least they used to be.

It’s still April – which means it’s way too early to make and bold statements about the baseball season. For the 2018 Cincinnati Reds, however, you can probably start writing the obituary. The Reds (5-18) don’t just look bad. They might be historically inept. Not only do they have the worst record in the majors, but their 3-18 start was their worst start ever.

At 3-18, the Cincinnati Reds are officially off to their worst start in franchise history.. 😑 pic.twitter.com/GYcfkvsy3e

The Reds began the season 1-7 at home. Could it get worse? Oh yes, indeed. Cincinnati plays in the National League Central and is currently the only team in the division with a losing record. They are already nine games out of first place and April isn’t even over.

Votto is the Reds’ highest paid player at $25 million, with Bailey at $21 million. Their long-term contracts could become problematic for a franchise that is already financially challenged. The fans have already had enough. The Reds have finished among the bottom six in major-league attendance the past couple of years. This year, they are No. 21 (an average of 19,495 at 42,319-seat Great American Ball Park) but that figure could substantially decrease as the losses continue to mount. 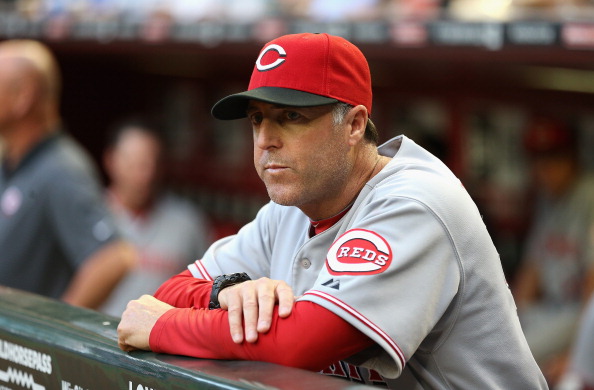 Last week, Reds management put a fresh coat of paint on a dilapidated house by firing Bryan Price. He’s a convenient fall guy. You can argue that with a career .419 winning percentage, his ouster was justified. However, of all the sports leadership positions, baseball manager is the least impactful. And Price isn’t in charge of talent acquisitions, payroll or farm system development. Those key areas are where the Reds have been lacking. That’s why they are in this predicament.

So, in steps interim manager Jim Riggleman. You might remember him. This is the same guy who resigned as Washington Nationals manager mid-season in 2011 over a contract dispute. At the time, such a move was considered career suicide. Riggleman has made his way back to the majors, but he has an unenviable and impossible job. He’s 2-3 since taking over.

There is no magic strategy or inspirational speech that will turn this moribund franchise around. Riggleman is 65 years old and probably just a placeholder until Cincinnati finds a manager who is more in line with the type of managers teams are hiring these days (young, metrics-driven, a good communicator to the fans, media, as well as the players).

Riggleman’s job is to simply steer a sinking ship. The Reds have done a terrible job of developing homegrown pitchers. The best Cincinnati-developed arm is pitching for someone else. Johnny Cueto (career WAR of 25.4) spent eight seasons with Cincinnati before being traded to Kansas City, where he helped the Royals win the 2015 World Series. He signed as a free-agent with San Francisco after winning the championship and this is year is 2-0 with a 0.35 for the Giants.

The best pitcher Cincinnati has developed who is still on the team is Bailey (5.8 career WAR). Again, that’s not good enough.

It doesn’t help that the two players who were supposed to be the centerpieces of the Reds – catcher Devin Mesoraco and outfielder Billy Hamilton – never became superstars.

Mesoraco seemed destined to be a hard-hitting catcher. He was an All-Star in 2014 with career-highs of 25 home runs, 80 RBIs and an .893 OPS. He played 114 games that year. He has played 107 since. Injuries have taken their toll. He’s 29 years old now. In what should be his prime years, he is a backup.

Hamilton might be the fastest man in baseball. He was once recruited to be a wide receiver for Mississippi State. But he decided to pursue baseball and is one of the most prolific base-stealers in MLB since 2014. The problem is, Hamilton has never been able to get on first base consistently. His career on-base percentage is .297, subpar – especially for a leadoff hitter. This year, Hamilton is batting .179 with a .286 on base percentage. Hamilton has been dropped in the batting order. He’s 27 years old now. In what should be his prime years, he is a No. 9 hitter.

Reds general manager Dick Williams has already called this season an “organizational disappointment.” If the Reds don’t show signs of progress, he’ll be the next one to be fired. You can’t keep a general manager who loses 90-plus games for three straight seasons.

In March, Cincinnati owner Bob Castellini said: “We want to get back to winning.”