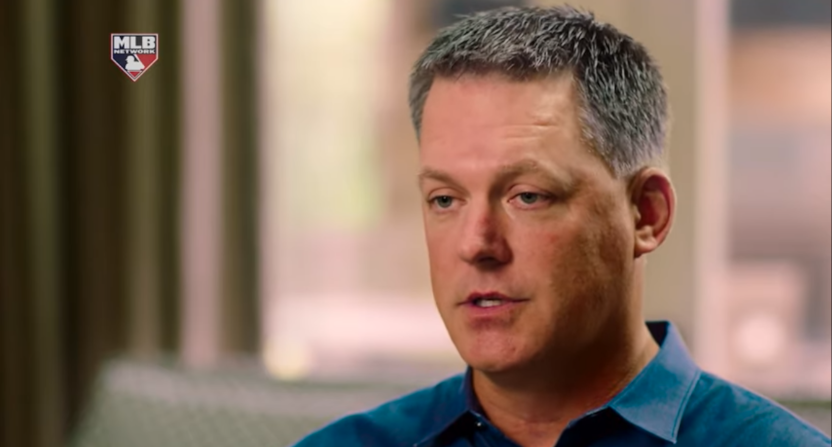 Friday saw quite a few further revelations, first with Jared Diamond of The Wall Street Journal laying out several elements of the cheating scheme that hadn’t yet been exposed publicly (including the “Dark Arts” and “Codebreaker” branding, the use of this both at home and on the road, GM Luhnow’s briefing on the scheme and repeated discussion of it, “Dark Arts” still appearing as a line in the team’s 2019 budget, the involvement of several front office figures who are still with the team, much of this appearing in MLB commissioner Rob Manfred’s notes but not in his final report, and more) and then with Tom Verducci’s full interview with Hinch running on MLB Network (excerpts of it had previously ran on MLBN Thursday night and Friday morning, but Friday evening marked the launch of the full interview).

There’s a lot of interesting stuff in that interview, but perhaps the most notable exchange comes around 16:40 where Verducci asks Hinch about the reports of Astros’ players wearing buzzers in 2019, and Hinch doesn’t deny it, but instead says the commissioner’s investigation didn’t find that. Brendan Kuty of NJ.com has a transcription of that exchange:

Reporter Tom Verducci asked Hinch if he could “assure us there were no buzzers or anything like that being used.”

Hinch could have said no. He didn’t.

Instead, Hinch said he believed the report from the MLB Commissioner’s Office that said it didn’t find any wrongdoing by the Astros last season.

“Well, the commissioner’s — we got investigated for three months,” Hinch said. “The commissioner’s office did as thorough of an investigation as anyone could imagine was possible. I know you mentioned about the emails and the texts and the messages and I believe them.”

Hinch’s answer there certainly doesn’t suggest he’s sure the Astros didn’t use buzzers or other cheating approaches in 2019. Of course, though, it’s interesting that his previous answer on why he pushed back on questions about this during the 2019 playoffs has him saying (around 16:30) “I believed in what we were doing in 2019.” So maybe he is taking the stand that the team wasn’t cheating that year, but if he is, he sure tripped all over a golden opportunity to declaratively say they weren’t using buzzers. And citing the commissioner’s report now looks particularly bad given Diamond’s reporting on all the details that either weren’t in the commissioner’s report or were contradicted by it. Granted, this interview was recorded earlier this week, before Diamond’s piece was published, but that commissioner’s report isn’t looking so great now. And it’s certainly interesting to see Hinch perhaps digging himself and his franchise deeper in an interview on the league-owned-and-operated MLB Network.

The bigger picture here may be that there’s still perhaps a lot to come on the Astros’ scandal, and that the MLB report that was designed to end that saga definitely didn’t do that. And beyond that, plenty of public statements from Luhnow, Hinch, and Manfred have now at the very least come into question, if not debunked outright. So there may be plenty of further developments ahead, and it may be wise to view anything the involved figures say through a lens of significant skepticism.