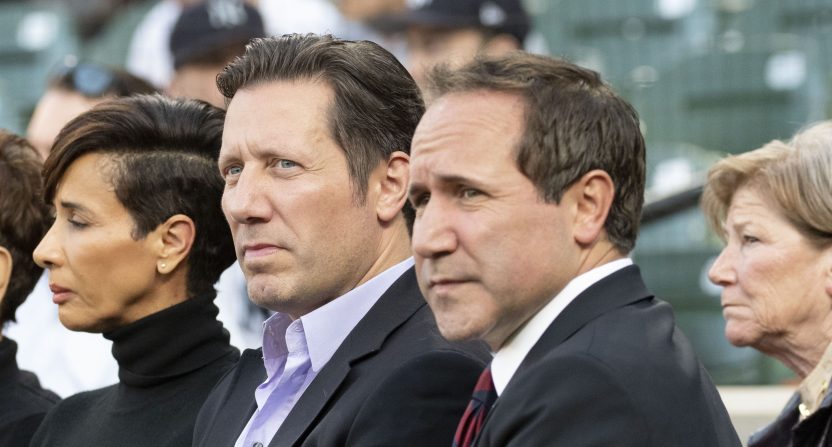 The Baltimore Orioles franchise has been in disarray in recent years and not just on the field.

While the franchise has been among the worst in the league over the last six years, the drama behind the scenes has made the Orioles seem like a mess as well. The Angelos family, which owns the team, always seems to be involved in some kind of legal drama or issue related to their relationship with the Washington Nationals and MLB at-large.

That continued on Thursday when Louis Angelos filed a lawsuit alleging his brother John, the team chairman and CEO, alleging that he was attempting to wrest control of the team and relocate the franchise to Tennessee where he and his wife live.

That caused John Angelos to have to publicly refute the notion that the Major League Baseball franchise that has called Baltimore home since 1954 might leave town, saying that the Orioles will stay put “as long as Fort McHenry is standing watch over Inner Harbor.”

“My mother was born and raised in Northeast Baltimore,” he said of Georgia Angelos, who is also named as a defendant in the lawsuit. “… and has worked with my father their entire lives to help the city, including by restoring the club to local ownership and preventing its relocation. For them, as for me, the Orioles will forever play at Oriole Park, and at no time ever have we contemplated anything different.”

“There is nothing uncertain about the future of the Baltimore Orioles,” Angelos said. “I want to assure our Orioles players and coaches, our dedicated front office Senior Leadership Team and staff, and our devoted fans, trusted partners, elected, civic, and non-profit leaders, and our entire community, that the Orioles will never leave. From 33rd Street to Camden Yards, the Birds of Baltimore, the iconic team of Brooks, Earl, Jim, Frank, Cal, and Eddie, will forever remain in the only city that our family and our partnership group has called, or will ever call, home — the finest city and birthplace of our national anthem of which we are enduringly proud and to which we are forever committed.”

The drama extends back to 2017 when owner Peter Angelos suffered heart failure and established a trust that includes the Orioles, appointing his wife and two sons as co-trustees. Since then, the brothers have been battling for leverage and control.

Baltimore sports fans know what it’s like for a beloved franchise to leave, so there’s sure to be some PTSD around this story until it’s resolved.