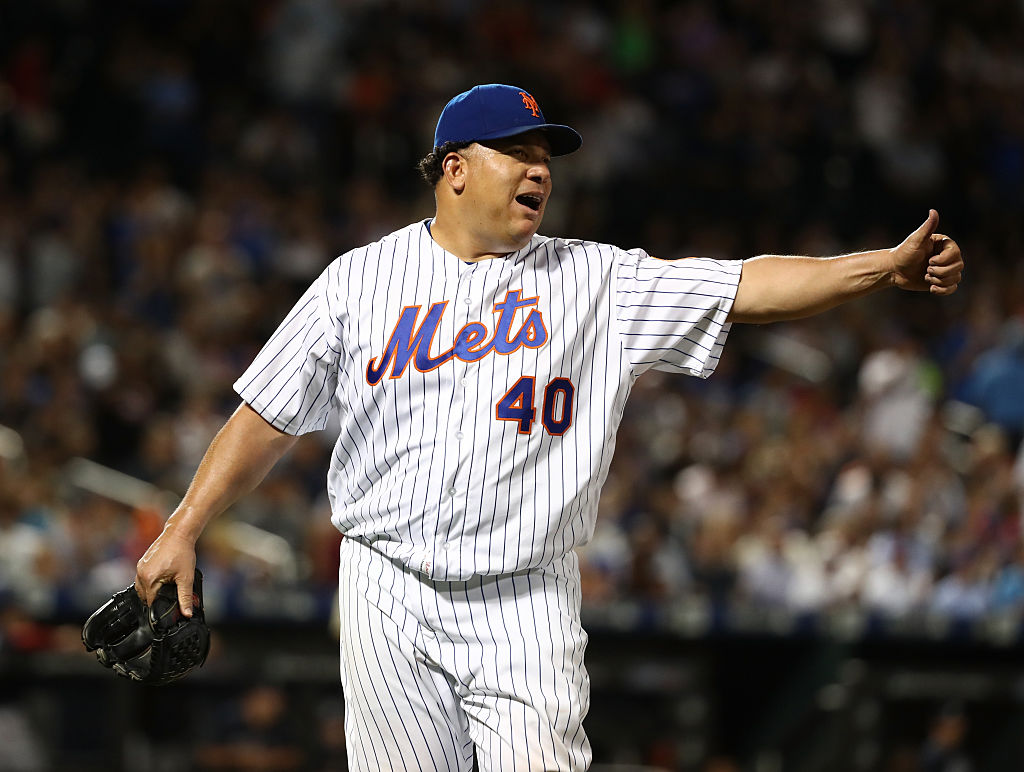 Big Sexy hopes to return for one more run in the big leagues. Bartolo Colon told ESPN’s Marly Rivera on Monday that he wants to pitch one more season in the major leagues. Colon turns 47 years old on May 24.

The right-hander thought he may get a big-league opportunity last season, and understands it becomes less likely each year at his age. But he remains hopeful.

“I thought that last year maybe I would have the opportunity,” Colon said on a video call with ESPN. “I know that if it didn’t happen last year, this year would be less likely. I’m getting older and the game is all about the young pitchers coming up. When you get older, teams no longer need your services.”

“If I had the opportunity, I would play in any league; go anywhere,” he said. “If any major league team wants an old man, I’m available!”

While it appears that Colon would be thrilled to take an opportunity with any MLB team, his ideal choice would be the New York Mets.

“That Mets team was really something special,” he said. “I’ve played with 10 teams, but with the Mets, the way all those players treated me, how that entire franchise treated me, from the front office to the kitchen staff, it was amazing. And Mets fans are the best. In the beginning, when they laughed at me every time my helmet fell off, at first I felt uncomfortable. But when I saw how much the fans enjoyed it, I asked for a bigger batting helmet so that it would fall more because it was so much fun for them!”

He added: “If it was up to me, I would retire with the Mets. I would like my career to end in New York.”

The hefty hurler last pitched in the majors for the Texas Rangers in 2018, and had a 5.78 ERA over 146 1/3 innings in his age-45 season. But he did flirt with a perfect game that season, against the Houston Astros’ juggernaut offense.