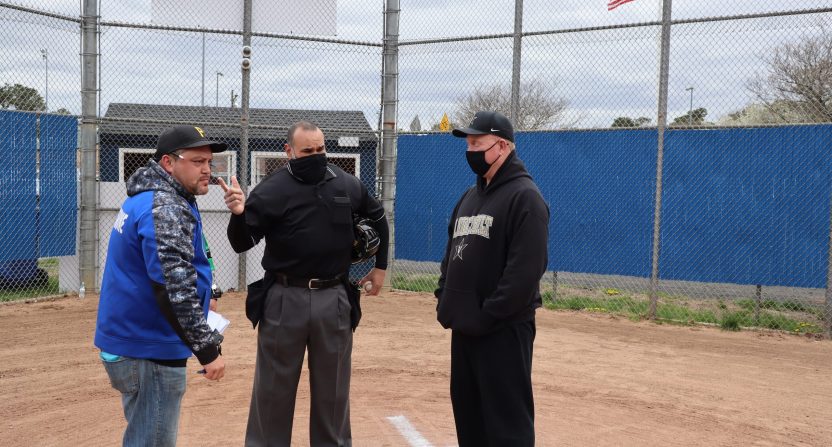 While there are certainly moments where baseball umpires can make the wrong call or perhaps make a call you disagree with, there’s never a justifiable reason to physically assault them. That was lost on one Staten Island youth baseball coach who has been charged with third-degree aggravated assault and fourth-degree assault against a 72-year-old baseball umpire.

According to NJ.com, Jerry Otero, who coaches the Staten Island-based New York Prospects travel team, was arrested on Tuesday and charged for the attack that took place on June 4.

The attack happened during a 13-and-under U.S. Amateur Baseball League tournament game. Otero, 40, began arguing with the 72-year-old umpire over a call and was ejected. He then approached the umpire, punched him in the face, and then left the scene. The umpire’s jaw was fractured and had to be wired shut during surgery.

Otero and the team have now been banned from the USABL, one of the largest youth travel baseball leagues on the East Coast.

He turned himself in at the Branchburg Township Police Department on Tuesday and was taken to Somerset County Jail pending a hearing.

“The environment for youth sports has become toxic,” Brian Delahant, the USABL president, told NJ.com. “No one can lose a game anymore without blaming somebody else. We need to teach our kids that they’re not going to win every game they play and how to lose with respect for both their opponents as well as the officials on the game.”

Following the assault, New Jersey Assemblywoman Vicky Flynn began planning legislation to protect athletes, coaches, and referees from similar conduct. The bill would strengthen penalties against those who assault an official and would add harassment charges for spectators who verbally torment referees.

The event is reminiscent of a similar scene in Texas in which a coach assaulted an umpire after being ejected from a youth baseball game.

An October report by Fox 43 in Pennsylvania noted that “increasing violence toward school sports officials is contributing to a national and local referee shortage, according to industry officials.” It’s easy to understand why the idea of being a youth sports official or umpire might not be very appealing anymore.