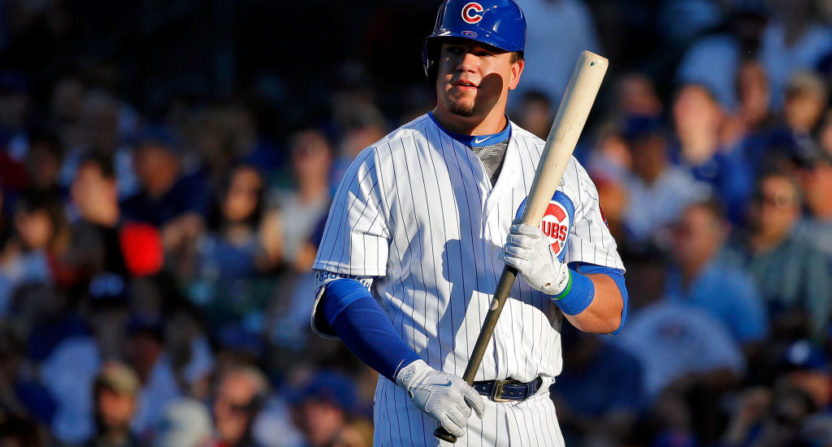 This baseball season has been full of exciting surprises, from Aaron Judge’s breakout to the Arizona Diamondbacks’ sudden success.

But, of course, there have also been players or teams that have underperformed in one way or another. With that in mind, we asked our staff to choose the biggest disappointments from the first half of the 2017 baseball season. Here are their answers:

What has been baseball’s biggest disappointment in 2017?

Ian Casselberry:  The Giants, Mets, Mariners and Blue Jays have all played far below expectations. Edwin Encarnacion and Matt Harvey are a couple of disappointing players who come to mind. But has there been any bigger disappointment than the Cubs? The reigning World Series champs have been struggling with .500 and looking up at the Milwaukee Brewers for much longer than anyone would have expected.

No player better embodies the Cubs’ disappointing performance than the guy who just got sent down to the minors for his poor play. Kyle Schwarber was a World Series darling, batting .412 after missing virtually the entire regular season and most of the postseason, and he entered this season fully healthy. But whether it’s because too much was expected of Schwarber at this early stage of his career or because he’s out of whack from being asked to play the outfield and bat leadoff, hitting .171 is no way to stay in an everyday lineup. I still have doubts as to whether he really fits on this Cubs roster, but sending him to the minors to work on his game is the best long-term move.

Deesha Thosar:  The National League isn’t the same without the San Francisco Giants (30-51) near the top of the standings. We’re almost halfway done with the season and they sit in last place in the NL West, 22.5 games behind the Dodgers. Blame this disappointment partially on their injuries—losing Madison Bumgarner as early as April 21 was the nail in the coffin. Then came the Hunter Strickland drama. The team that won a championship in 2010, 2012 and 2014 is nowhere to be found. Though Buster Posey is still holding his own (currently leading the major leagues with a .344 batting average), he can only do so much.

Alex Putterman: I’m going with the entire National League wild card race. The favorites entering the season were the Giants and Mets, but San Francisco now has the second-worst record in the Majors, and the Mets are floundering below .500 thanks to endless injuries and scandals. After those two, the most popular playoff picks were the Cardinals (now 36-41, likely selling at the Trade Deadline) and the Pirates (36-42, with their best player suspended for using PEDs).

Once the Cubs finally pass the Brewers in the NL Central (come on, any day now… right?), the wild card leaders will be the fading Rockies and the surprising Diamondbacks, and no one else is even close. While nearly every team in the AL has a viable shot at making the playoffs, the NL has exactly five teams above .500. It’s a mess.

Joe Lucia: I didn’t expect the Cubs to steamroll the National League like they did last year. But that being said, I also didn’t expect them to come out as flat, uninspired, and thoroughly mediocre as they have this season. You can count the things that have gone right on one hand, and the Cubs can’t be expected to just turn it on over the season’s final three months and coast into the NL Central lead.

Given how bad the division is, I’d surely expect them to take the crown, but right now, they’re arguably the fifth-best team in the NL—and that might be overrating them.

Liam McGuire: While I want to acknowledge Troy Tulowitzki’s awful season (when healthy) as the shortstop is struggling to stay above a .300 OBP, when I think disappointments I think Minnesota outfielder Byron Buxton. While I’m not ready to call him a bust, the fact he’s shown he still can’t hit at the MLB level (.200/.274/.291 this season) is somewhat disappointing. For a five-tool player, he needs to show some results. Thankfully, at 23 there’s still time—but the sooner he shows what made him an elite prospect, the better.