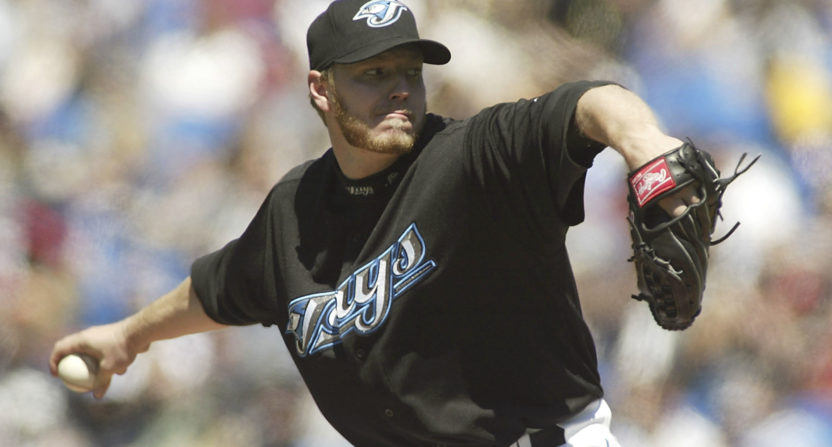 Roy Halladay, the former pitcher who won Cy Young awards with both the Blue Jays and Phillies, died Tuesday in a plane accident off the coast of Florida, the Pasco County Sheriff Dept. announced. He was 40 years old.

We are saddened by the tragic news that Roy Halladay, 2-time Cy Young Award winner & 8-time All-Star, has died in a plane crash. He was 40. pic.twitter.com/SOFv3bOLyt

Halladay’s death is obviously devastating for his family and friends, but it also hurts for the millions of baseball fans who watched Halladay pitch over his brilliant 16-year career. The righty never threw the hardest and never seemed to have the nastiest stuff, but he used pinpoint control and a sharp mind to post a 3.38 ERA in 2,749 1/3 career innings between 1998 and 2013. He was named to eight All-Star Games, finished top-five in Cy Young voting seven times, threw the 18th perfect game in the MLB modern era in 2010, and later that year, hurled only the second no-hitter in postseason history. He will surely make a strong Hall of Fame candidate when he becomes eligible next winter.

As the remembrances have poured in for Halladay, it has become clear the pitcher was every bit the kind and likable person he seemed like from afar.

Roy Halladay was one of the special people in this world. A beautiful man, driven by the pursuit of excellence. A HOF player & human being

Roy Halladay was an amazing baseball player, a second-to-none worker and, best of all, a genuine, good person in an industry without enough.

On the day Roy Halladay retired, he said: “My goal is to try and leave baseball better than I found it." That's the essence of who he was.

At a loss for words. All I can think about right now is Roy Halladay's family. He was a joy to cover. Leader on field. Charitable off it.

Heart is broken to hear about Roy Halladay .great friend, teammate, father and husband. One of the best teammates ever! You will be missed !

Halladay retired after the 2013 season and has since worked as a special instructor for the Blue Jays and Phillies. He had recently been tweeting his excitement about his new ICON Aircraft plane.

I have dreamed about owning a A5 since I retired! Real life is better then my dreams!! Thx Kirk & everyone @ICONAircraft pic.twitter.com/wkk6TtjAY4

I’m really not big on posting pic’s of my stuff and I’ll never be on Cribs… but this A5 is so outrageous I’d feel guilty not sharing pics! pic.twitter.com/UUmZMfgsff

Halladay’s death is just a massive tragedy for the entire baseball world. From the bottom of our hearts, RIP Roy Halladay.