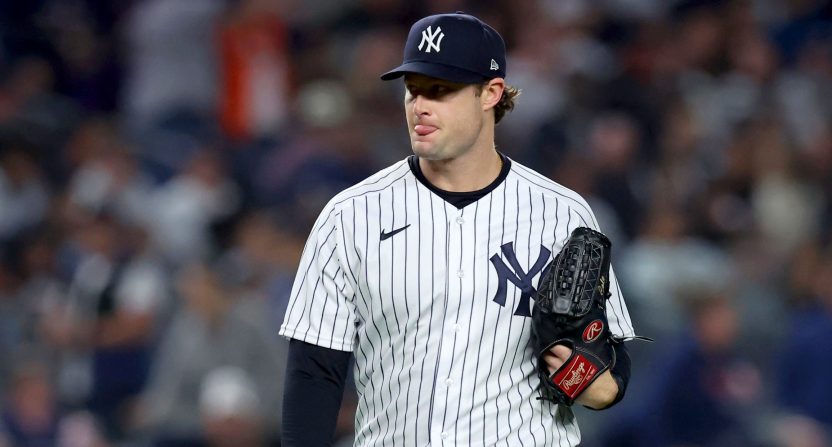 Manoah blasted the Yankees pitcher on the How Hungry Are You? YouTube show hosted by NBA veteran Serge Ibaka. The Blue Jays pitcher didn’t mince words or emotion.

In the video, Ibaka flatly asked, “Who is the worst cheater in baseball history?” Manoah responded by saying Cole’s name. Manoah delved into what happened with Cole and how he  doctored the baseball with “sticky stuff.”

Manoah said, “He cheated, he used a lot of like sticky stuff to make his pitches better. And he kind of got called out on it.”

This is not the first time that Manoah and Cole have beefed. After Manoah incidentally hit star slugger Aaron Judge during a game, Cole went out of the dugout and arguably escalated that situation. Manoah spoke without fear then and he did here as well.

Cole notoriously came under fire after MLB cracked down on sticky substances that created issues with the baseball. He did not particularly handle it well at the time. With baseball out of season, a response seems unlikely. But Manoah took every pleasure in giving him a very dubious title.

[How Hungry Are You?]