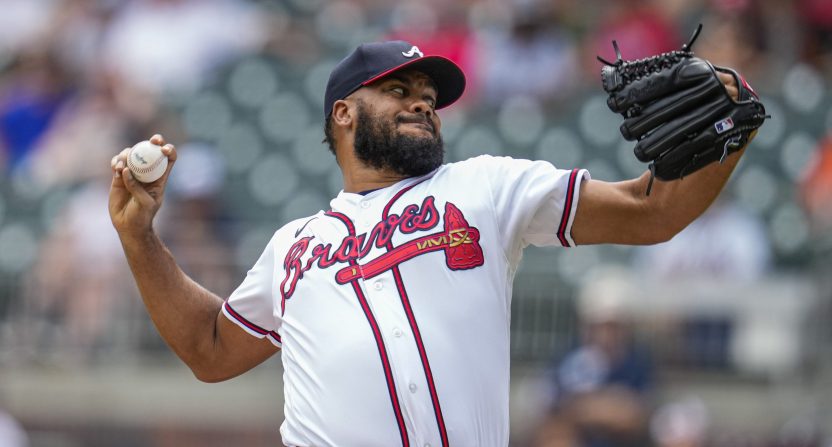 The 2022 MLB season has been a mixed bag for Atlanta Braves relief pitcher Kenley Jansen, who is playing his first year in Atlanta after spending 12 years with the Los Angeles Dodgers.

He currently has a 3.58 ERA which is certainly solid but does have four blown saves on the year, which is the second-most in the MLB.

Jansen is certainly crucial to the Braves success this season as they attempt to return to the playoffs and possibly go back-to-back after their World Series championship in 2021.

Some unfortunate news struck Jansen and the Braves on Tuesday that could be detrimental to their success moving forward.

The Braves placed Jansen on the 15-day injured list on Tuesday with an irregular heartbeat.

The #Braves today recalled RHP Jesús Cruz to Atlanta and placed RHP Kenley Jansen on the 15-day injured list with an irregular heartbeat, backdated to June 27.

The team also recalled pitcher Jesús Cruz from Triple-A to replace Jansen while he is on the injured list.

It is not the first time that Jansen has experienced this issue, undergoing corrective heart surgery in 2018 after a recurrence of an irregular heartbeat prompted him to be admitted to the hospital.

This issue dates back to 2012 when he underwent a cardiac ablation in 2012 to fix abnormal tissue in the left atrium of his heart, which has stemmed an irregular heartbeat multiple times over the past few years.

Anything to do with a heart problem is certainly a scary issue for anyone, and many around the MLB world are hoping that this is no big deal and Jensen gets healthy as soon as possible.

Oh no.. Best wishes to @kenleyjansen74 . I know he had a heart issue few years ago.. I think a procedure done over off season? https://t.co/mO8ikktLKl

Sending my thoughts and prayers to Kenley. Get well soon big man. https://t.co/hbwIdwVg3i

I knew he had this happen with LA before but it doesn’t make it less scary. Hoping for the best for Kenley, feel better soon. https://t.co/oFGNMO0DXg

While on the surface this seems like a super concerning issue for Jensen, it appears that the Braves appear optimistic he will be able to return to the field quickly.

Kenley Jansen has managed an irregular heartbeat for a long time. The Braves expect this to be a short IL stint. The key here: Jansen can still throw bullpens and keep his arm going. https://t.co/PfnkepNTyQ

That is certainly promising, and we can all hope that Jensen is able to get this issue sorted out and get back on the baseball field as soon as possible.