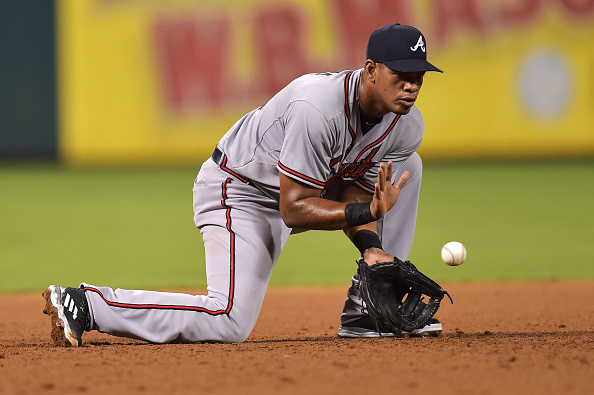 The San Diego Padres have dealt outfielder Matt Kemp to the Atlanta Braves in exchange for infielder Hector Olivera, reports David O’Brien of the Atlanta Journal-Constitution. O’Brien adds the deal is pending physicals. Dennis Lin of the San Diego Union-Tribune reports the Padres are sending an extra $10-12 million to Atlanta in the move.

Sources: Padres sending $10-12 million to Braves in the Kemp-Olivera trade.

The swap is eye-opening for a number of reasons.

Olivera, once a top Cuban free agent signed to a mammoth six-year, $62.5 million deal with the Los Angeles Dodgers in 2015 and later dealt to the Braves in a three-team trade, was perceived to be untradable. The 31-year-old has appeared in just 30 career games, including only six in 2016. Olivera hit a paltry .211 with Atlanta and a combined .214 in 12 minor league appearances. Underperforming and being owed huge money was the least of his problems. Olivera earned an 82-game suspension for violating MLB’s domestic violence policy after getting arrested in April for assaulting a woman in a hotel.

The fact Olivera was dealt at all is a surprise. He’s still suspended by MLB and has as close to zero value as a player can have. He hasn’t performed on the field, has been arrested for domestic violence and is owed a shitload of money going forward.

What’s the Padres’ incentive? Even adding $10+ million, the move allows GM A.J. Preller to clear some salary. According to MLBTradeRumors, the trade will give San Diego between $13.5 million to $15.5 million over the next three seasons, plus $5 million saved in 2016. It’s a significant dollar amount for a team going nowhere fast. Trading outfielder Melvin Upton earlier this week, and now Kemp, gives the Padres some savings on the big contract and creates flexibility going forward at the position. It would be a shock if Olivera ever starts for the Padres. There is a chance the Padres can void Olivera’s deal, but he would need to go to prison.

#Padres expected to DFA Olivera, as others have reported. Mere conviction would not allow SD to void deal. He would need to go to prison.

On the flipside, Braves general manager John Coppolella did a remarkable job getting anything in return for the troubled infielder.

The trade which brought Olivera to Atlanta, in hindsight, was a mistake. His performance plunged and after his arrest, his value was so low, it seemed the Braves would be stuck with Olivera and his contract long-term, buried in the minors. Trading him now turns a useless, inactive player into a tangible starting outfielder. Kemp isn’t close to the player skill-wise as the nearly 40/40 superstar in 2011 with L.A. Still, he’s not a complete waste like Olivera. Kemp, who’s dealt with multiple injuries in the past couple seasons, is a black hole in terms of getting on base, sporting an unfathomably bad .285 OBP and 100 strikeouts in 409 at-bats. But, he has maintained his power, somewhat, with 23 long balls in 100 games. Defensively, he’s a mess. Remember, this a team who have given the corpse of Jeff Francoeur nearly 250 at-bats.

Is Kemp a lemon? Yes. But, Olivera was a mushy, sprouted potato that’s been sitting beneath your counter for too long. The trade is an upgrade for the Braves, despite taking on salary. Addition by subtraction. Atlanta doesn’t have cap issues, nor are they in the red in terms of long term contracts, so taking on extra salary won’t be a problem. The key here is dumping Olivera anywhere that would take him. Anything Kemp does at the Major League level is gravy. It’s unlikely, but Kemp could return to tradable form and Coppolella could deal him for future assets – an impossible scenario with Olivera.

This trade is the swap of two contracts which would have been difficult to move individually. The Padres and Braves knew this and decided to make a deal impacting the long-term financial future of each club. The Padres gain some breathing room on their cap, while the Braves dump Olivera and get an MLB bat for a slight more cost. Both clubs should be thrilled with the deal for starkly different reasons.