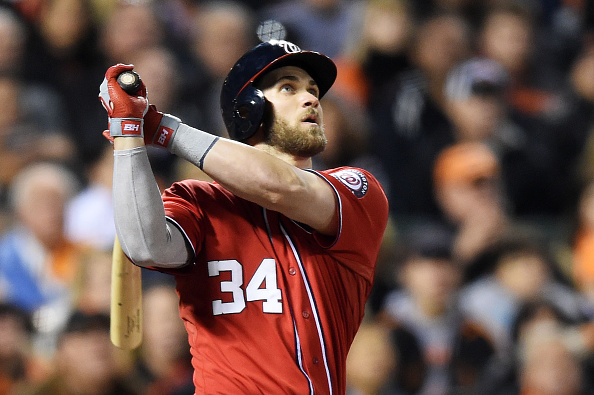 Chicago Cubs manager Joe Maddon might have cracked the playbook wide open on how to handle Bryce Harper at the plate.

In a feature for ESPN.com, Eddie Matz explores the second-half struggles for the 2015 National League MVP during the 2016 season.

Matz highlights a May series against the Cubs as the turning point for Harper’s decline. During the three-game set, Maddon called for Harper to be walked a staggering 13 times in 19 at-bats, barely giving the young star a chance to hit. Not being allowed to do the thing he enjoys most frustrated Harper, likely boiling over when cursing at an umpire and getting ejected.

From that point onwards, teams started following Maddon’s game plan and Harper’s season imploded. As Matz notes, following that Cubs series, Harper hit just .238 with a .395 slugging percentage and a .795 OPS — paltry numbers for a player with his mega-talent.

“When the Cubs pitched around him, if he was someone who had greater maturity and self-control — which I think he will still develop — he would’ve said, ‘F— it, if they’re gonna walk me, I’ll take it,” an NL executive told ESPN.com. “But what he did was, he started to feel like he needed to produce and be the guy.”

Harper was coming off an absurd, MVP season in 2015. The 24-year-old slugged 42 home runs with 99 RBI, a .330 batting average and a ridiculous .460 on-base percentage. But his 2016 numbers paled in comparison. Harper managed just 24 home runs, 86 RBI with a .243 BA and .373 OBP. Later in the season, there were reports that Harper was dealing with a shoulder injury that affected him throughout the year. To be fair, that may have affected him more than Maddon getting in his head.

But the timing of it all and Harper’s approach following the series with the Cubs highlights that possibility. It can’t be a mere coincidence that Harper struggled as teams pitched to him more conservatively. Maddon might have discovered the solution, albeit likely a temporary one, to contain the Nationals slugger. Don’t throw strikes. Don’t give him anything to hit.

Teams would be wise to continue to deploy Maddon’s strategy against Harper. The Cubs manager may have broken him. At least, until he proves he can beat it. Like Barry Bonds, Harper will have to learn to wait for that one pitch he gets. And when he gets it, don’t miss. Bonds obviously made that work for him. Whether Harper can do the same may determine how well he can rebound from a disappointing 2016.